Americans Gorge on Meat in Amounts Not Seen in Decades 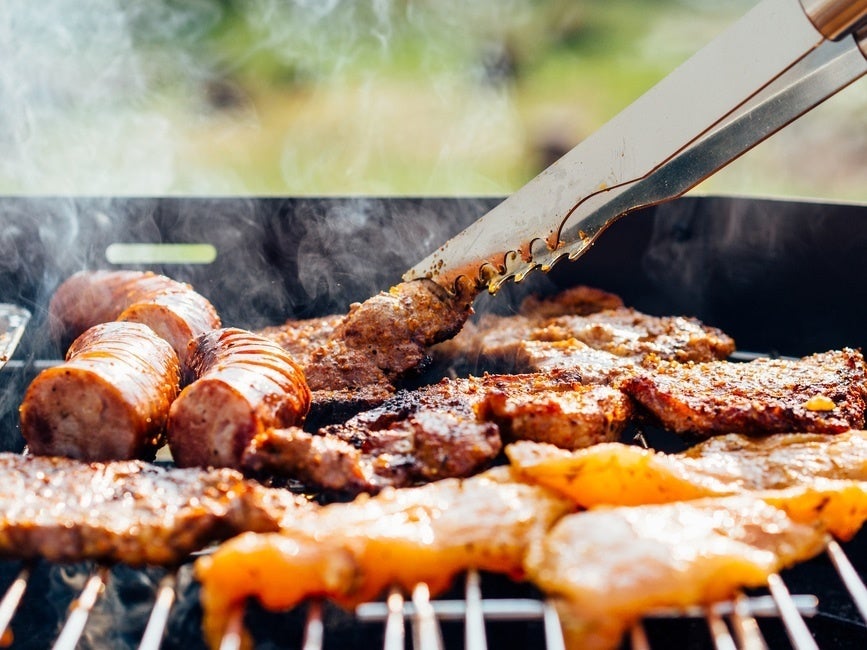 The cliche about the American diet being mostly meat and potatoes has seemed less true over recent years, with vegetarianism going mainstream and veganism gaining popularity. But old dietary habits die hard—possibly because of their clogged arteries. A new study finds there’s been a reversal in meat-eating declines, with the last year seeing Americans piling their plates higher with meat than they have in nearly 40 years. That’s not so great news for Americans’ health and potentially devastating for the planet. 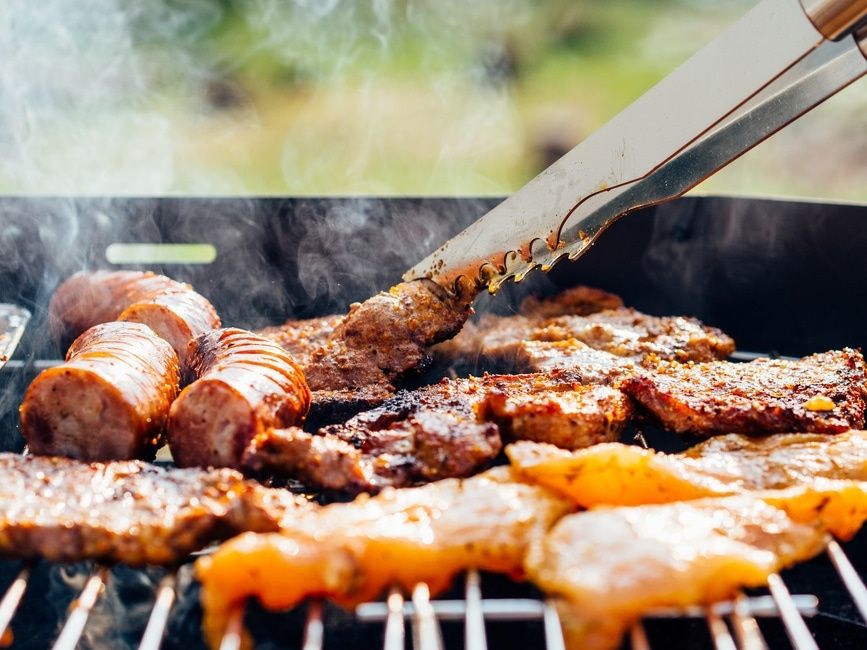 Rabobank, a global research firm, found that between 2014 and 2015, there was a 5 percent increase in meat consumption. The agency reports the rise was the “largest increase in U.S. meat consumption since the food scares of the 1970s.” According to MarketWatch, that means on average, Americans last year ate more than 3.7 pounds of beef, pork or chicken each week—or about 193 pounds a year. That’s up from 184 pounds in 2012. Globally, we are not, as Americans like to proclaim with all things, number one in eating meat. But we are very close.

But we may yet grab the brass ring! Vox points out that the fall-off in meat consumption America has seen for years was less due to healthy eating initiatives than to supermarket pricing. Writer Eliza Barclay notes that in the meat-lean years between 2005 and 2014, “ranchers and farmers trimmed their herds because of the recession, historically high feed costs and drought in the Great Plains. Meanwhile, domestic disease outbreaks like porcine epidemic diarrhea virus or PEDv, meant that tens of thousands of hogs never made it to market.” Now that that’s all been sorted and meat’s relatively cheap again, Rabobank predicts meat production in the U.S. will increase 2.5 percent per year. At least until 2018, when we’ll hit the meat-eating heights previously observed in the mid-aughts.

Vegetarianism has come a long way in terms of mainstream acceptance—as has veganism, though to a far lesser degree—but the number of Americans who describe themselves as either hasn’t exactly exploded. Though estimates vary somewhat, most surveys peg the number of adults in the U.S. who describe themselves as vegetarian or vegan somewhere between nearly 3 percent to 5 percent. (If you live in a vegetarian-friendly city—a designation based on the number of vegan and veggie restaurants—such as Portland, New York City, Austin, Seattle or San Francisco, the number probably seems higher and in your area, that’s because it likely is).

While the percentage of vegans has grown but remains small, the number of vegetarians has pretty much remained unchanged for a decade. There’s likely a number of reasons why the diets haven’t taken hold with more Americans. Some this just comes down to culture: People grow up eating meat, their families and circle groups are meat eaters, they enjoy eating meat, and they haven’t really considered cutting meat out. There are also a significant number of vegans and vegetarians who go back to eating meat—a whopping 84 percent. Lifestyle changes can be hard for some former meat eaters; one survey found ex-veggies and vegans said it was too difficult to maintain a “pure” diet. Environment (say, living with a meat eater), convenience and health concerns all played a role. The point is, vegetariansim simply isn’t for everybody. A mass conversion isn’t going to happen.

But there’s a price to say for our meat adherence. By now it’s fairly well-known that meat production has dramatic consequences for the environment. Meat and dairy are major contributors to our global carbon footprint and add to the concentration of greenhouse gases in our atmosphere. As Think Progress notes, “a single four-ounce hamburger requir[es] around 450 gallons of water to produce.” The site also points to a 2015 study that found “meat-associated land use changes are probably the leading cause of modern species extinctions.” There’s more bad news where that came from, per Think Progress:

According to a report released earlier this year by Environment America, an environmental advocacy group, five big meat companies—Tyson, JBS, Cargill, Smithfield and Perdue—produce a combined 162 million tons of manure every year. Combine that with the amount of fertilizer needed to grow the feed grain that sustains large-scale animal feeding operations and it’s easy to see how the waste from our industrial meat complex can literally seep into our waterways, causing everything from local water pollution to massive dead zones in the Gulf of Mexico. Another Environment America report found that Tyson, one of the biggest meat producers in the world, is responsible for dumping more toxic pollution into waterways than companies like ExxonMobil or Dow Chemical.

So, while Americans are eating more chicken, which is slightly less damaging ecologically and widely regarded as healthier than beef, there are still grave problems with our meat intake overall.

Laura Wellesley is a research associate at Chatham House, who focuses on food security and climate change. In a recent Washington Post editorial, she notes that both Americans and Europeans consume quantities of meat that are “unsustainable, both for our planet and for our health.” While Wellesley doesn’t suggest that everyone needs to become vegetarian, she does propose cutting back on meat. She also believes governments should take steps to promote those reductions, mostly through dietary guidelines, taxing the most eco-unfriendly foods and educational programs. Wellesley believes proactivity by Western governments would be hugely symbolic in motivating a sea change around meat production and consumption.

“A government that is silent on excessive, unsustainable meat eating is sending a message to carry on as normal,” Wellesley writes. “But a government that introduces a forward-looking policy of reduced consumption—promoting a healthier and more sustainable eating pattern—signals that overconsumption is something we should all really care about.”

This article was reposted with permission from our media associate AlterNet.