American-Made Energy—the Good, the Bad and the Ugly 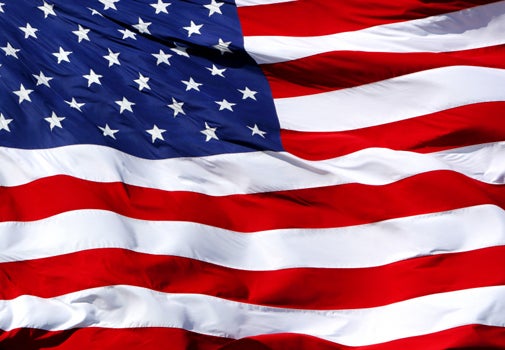 President Obama’s State of the Union address could perhaps best be described as the good, the bad and the ugly. Obama wants to generate American-made energy and set a clean energy standard that encourages investment in renewable energy and energy efficiency. Good. But Obama continues to tout extreme fossil fuel extraction as a solution to our energy needs. Bad. And it’s still business as usual with the highly subsidized oil, gas and coal industries continuing to externalize their costs on the American people. Ugly.

In his address Obama focused on the need for “American-made energy.” He first mentioned that he will be directing his administration “to open more than 75 percent of our potential offshore oil and gas resources.” Realizing that this resource only contains 2 percent of the world’s oil reserves, he quickly added that, “This country needs an all-out, all-of-the-above strategy that develops every available source of American energy. A strategy that’s cleaner, cheaper and full of new jobs.”

Obama then directs his attention to natural gas development and its claimed potential to provide nearly 100 years of supply. He follows this up with a promise that he will be, “requiring all companies that drill for gas on public lands to disclose the chemicals they use,” and that, “America will develop this resource without putting the health and safety of our citizens at risk.”

He praises the government for the public research dollars that were allocated over the course of 30 years that helped develop the technologies to extract natural gas out of shale rock and stresses how “government support is critical in helping businesses get new energy ideas off the ground.”

He mentions how the last three years of federal investments has positioned America to be the world’s leading manufacturer of high-tech batteries and the renewable energy industry to nearly double, creating thousands of American jobs.

As we’ve heard from Obama before, he said the century-long subsidizes to the oil companies need to stop. Instead, we need to “double-down on a clean energy industry that never has been more promising. Pass clean energy tax credits. Create these jobs.”

And then yes, Obama did mention the words climate change. He said he realizes the two political parties may not be ready “to pass a comprehensive plan to fight climate change,” but that Congress needs at the very least to “set a clean energy standard that creates a market for innovation.”

The need for energy efficiency was not overlooked, with Obama saying that we need to “help manufacturers eliminate energy waste in their factories and give businesses incentives to upgrade their buildings.”

So with all that was said in Obama’s State of the Union address, where does the “American-made energy” really get us?

Although there were no specifics in the address as to where the additional 75 percent of offshore oil and gas drilling will take place, the Obama Administration proposed in January an offshore oil drilling plan for the next five years that would allow drilling in the pristine Arctic Ocean and more drilling in the Gulf of Mexico before adequate safety standards are in effect.

He also never mentioned the Gulf residents that are still dealing with significant health problems attributed to the Gulf oil spill and the spraying of the dispersant Corexit.

After reading the U.S. Energy Information Adminstration’s 2012 energy outlook report released on Monday, it’s clear that the  promise of long-term energy supply from natural gas is not quite the dream people want it to be.  In the report, the U.S. Energy Department cut its estimate for natural gas reserves in the Marcellus shale formation by 66 percent, citing improved data on drilling and production, and stated that about 141 trillion cubic feet of gas can be recovered from the Marcellus shale using current technology, down from the previous estimate of 410 trillion. The report also said the estimated Marcellus reserves would meet U.S. gas demand for about six years, using 2010 consumption data, down from 17 years in the previous outlook.

The groundwater contamination happening across the U.S. from drilling for natural gas, combined with the challenges of what to do with the toxic fracking wastewater, a byproduct of drilling, makes me wonder how Obama is going to allow the natural gas industry to significantly grow without “putting the health and safety of our citizens at risk.” Youngstown, Ohio has now experienced 11 earthquakes since March of 2011, including a 4.0 magnitude on New Year’s Eve, with experts showing a link between the earthquakes and high-pressure liquid injection of fracking wastewater into wells related to oil and gas exploration and production.

Now the part of his speech that I can completely get behind is the need to “set a clean energy standard that creates a market for innovation,” and the energy efficiency plans to eliminate energy waste in factories and provide incentives to upgrade buildings.

Three years ago Congress was debating an energy bill that would have put into place a Renewable Energy Portfolio Standard mandating that a certain percentage of electricity come from renewable energy by a particular year, something like 25 percent by 2025. A carbon tax would have been included in the legislation and our country would have taken the first necessary steps to move beyond extreme fossil fuel extraction and invest in renewable energy and energy efficiency projects that would have put Americans back to work, creating green jobs and working toward a sustainable energy policy.

The energy bill was far from perfect, but it would have been a step in the right direction. Since then, we have taken at least 10 steps backward. We have continued to blow up the top of mountains in our nation’s Appalachian region, which has displaced communities, poisoned our water and air, and made people sick.

Even with the tragedy of the BP oil spill and impacts it’s still having on Gulf coast communities, Obama plans to expand offshore oil drilling and allow leases in some of the most pristine and remote waters on the planet.

And, we are still providing subsidizes to this industry that continues to show record profits each quarter. For example, the five biggest oil companies—BP, Chevron, ConocoPhillips, ExxonMobil and Royal Dutch Shell—announced a combined $36 billion in profits in the second quarter of 2011. Exxon alone pulled in $10.7 billion. In the third quarter, it was much of the same. The five companies made another $32.6 billion in profits, with Exxon at $10.3 billion.

So yes, I’m glad Obama mentioned climate change, albeit only once, and the need for a clean energy standard that will help create a market for innovation and investment in renewable energy and energy efficiency, but right now talk is cheap. We are in desperate need of leadership that can move us toward a sustainable energy policy that will support clean, renewable sources of energy that won’t create another boom-bust cycle from which many coal communities are still trying to recover from.

For a century the oil, gas and coal industries have been getting Americans’ hard earned income tax money to provide energy to this country. The natural gas industry has benefited from 30 years of taxpayer money to now be able to drill holes across the U.S. and pollute our waterways. It’s time we stop supporting these extreme fossil fuel extraction industries and invest in ways to use less energy and generate energy from cleaner, renewable sources of power.

Stay tuned to EcoWatch.org as we will keep you up-to-date on these energy issues. Be sure to visit our energy page to stay up on the latest.