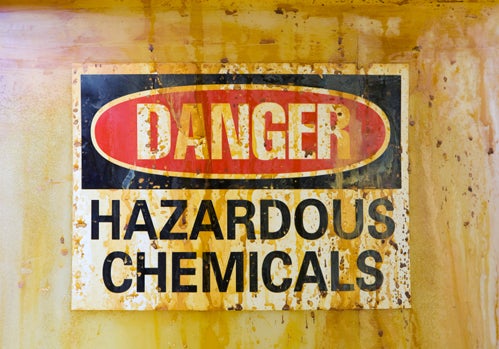 Today, it was discovered by a group of 21 current and former state legislators that the American Chemistry Council has lied regarding its involvement in legislation to restrict toxic flame retardant chemicals. On Monday, a group of 21 current and former state legislators and legislative leaders from 10 states who had sponsored or worked directly on bans of toxic flame retardant chemicals in their respective states called on the American Chemistry Council (ACC) to account for the unethical actions of their members during the legislative debates, as outlined in the Chicago Tribune expose Playing with Fire and witnessed by state legislators across the country.

In response, ACC CEO Cal Dooley responded to legislators yesterday promising no action on the part of the ACC and claiming that the ACC itself does not get involved in state legislation regarding flame retardants. Dooley wrote: “These three companies are long-time members of the American Chemistry Council (ACC), but ACC does not advocate with state legislatures or state regulatory agencies on their behalf related to flame retardant chemistries.”

Legislators immediately recognized the ACC’s claim as false.  The ACC pays registered lobbyists all over the country to lobby against the ban of various flame retardants in the states on behalf of the ACC and their member companies. Documented evidence from Maine, Washington, and California show the ACC paying registered lobbyists to work directly on flame retardant bans, direct testimony from the ACC on flame retardant bans, and sign-on letters in various states with the ACC listed as one of the groups opposed to the state legislation.

The Safer Chemicals Healthy Families (SCHF) coalition represents more than 11 million individuals and includes parents, health professionals, advocates for people with learning and developmental disabilities, reproductive health advocates, environmentalists and businesses from across the nation. The coalition of diverse groups is united by their common concern about toxic chemicals in our homes, places of work, and products we use every day.