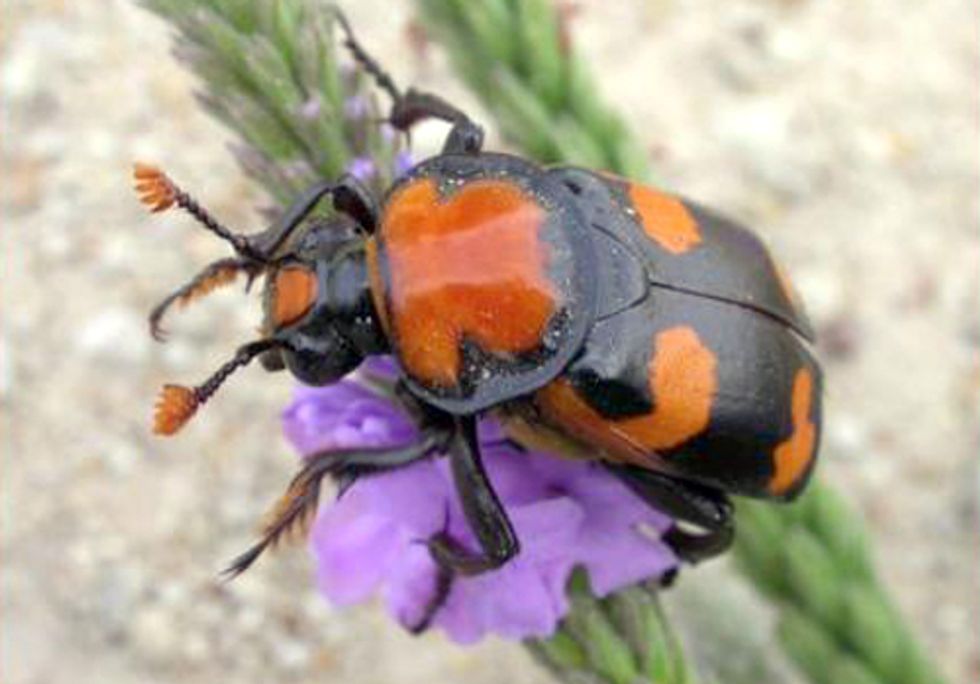 In a victory for the climate, public health and endangered species, the Fish and Wildlife Service has taken action that could interfere with Canadian oil corporation TransCanada’s plan for fast-tracked approval of its Keystone XL tar-sands oil pipeline.

According to documents obtained by the Center for Biological Diversity, the agency decided July 10 to disallow a University of Nebraska researcher from using his research permit to help TransCanada clear the way for Keystone XL by physically relocating the American burying beetle from its habitat.

In 2011, the agency allowed TransCanada to mow native prairie vegetation through Nebraska’s Sand Hills and allowed researcher Wyatt Hoback to trap and move the beetles situated in the path of the pipeline—even though, at the time, the pipeline had not yet received final approval and in fact never did. The Center for Biological Diversity, Friends of the Earth and Western Nebraska Resources Council challenged these actions in court, in part arguing that a permit for endangered species research should not be used to clear the path for destructive development. Documents newly obtained by the center show that as a result of this litigation, the agency now agrees.

“The job of the Fish and Wildlife Service is to ensure the survival and recovery of endangered species, not to expedite destructive development,” said Noah Greenwald, the Center’s endangered species director. “We’re glad to see the agency has seen the error of its ways and will no longer allow use of a research permit to clear the path of the Keystone XL pipeline.”

The decision could delay pipeline construction—if approved—even longer because beetles can only be trapped and moved in the spring and early summer, when they are active. If the permit for the project itself, which presumably would allow movement of the beetles, is not issued until later in 2013, TransCanada will have to wait until the following year to move the beetles and begin construction. The State Department on July 30 closed its public comment period for the scope of the environmental review of the Canada-to-Nebraska leg of the Keystone XL pipeline.

“If President Obama truly considers the impacts of doubling down on more climate-wrecking tar sands oil, he’ll have no choice but to reject Keystone XL,” said Marcie Keever, legal director at Friends of the Earth. “Keystone XL would be an environmental disaster not just for endangered species like the American burying beetle, but also for landowners and the public who could be left on the hook to clean up Big Oil’s mess from devastating spills and more unprecedented extreme weather caused by spiraling climate chaos.”

The research permit granted to Dr. Hoback, used for moving beetles last year, was given specifically for research on the “survival and enhancement” of endangered species. Dr. Hoback was granted a renewed permit this year, but in issuing it, the agency specifically stated: “Dr. Hoback’s revised permit does not allow trapping and removal of American burying beetles for the purpose of removing beetles from harm’s way of development projects.” In order to move the beetles from the pipeline path, TransCanada will need a permit for incidental take, which may only be granted as part of a “biological opinion” document assessing the impacts of the whole pipeline on endangered species.

“The Nebraska Sand Hills are the most important biologically intact focal area within the Great Plains, and to see the integrity degraded for a pipeline that had not even been granted a permit set me off,” said Buffalo Bruce McIntosh with Western Nebraska Resources Council. “If built, this pipeline will do exceedingly more harm than good.”

The proposed Keystone XL pipeline would carry up to 830,000 barrels of oil, strip-mined from Canada’s tar sands oil fields, across six states and hundreds of rivers and streams. It was supposedly rerouted last year to avoid Nebraska’s legendary Sand Hills and the Ogallala Aquifer, which is a source of drinking water for millions of Americans and a major source of water for agriculture. But the current proposal from TransCanada shows the pipeline will still cross both the Sand Hills and the aquifer. TransCanada’s existing Keystone I tar-sands pipeline has reportedly leaked 14 times since it went into operation in June 2010. Another tar-sands pipeline spilled more than a million gallons into the Kalamazoo River, which more than two years later has still not been cleaned up.