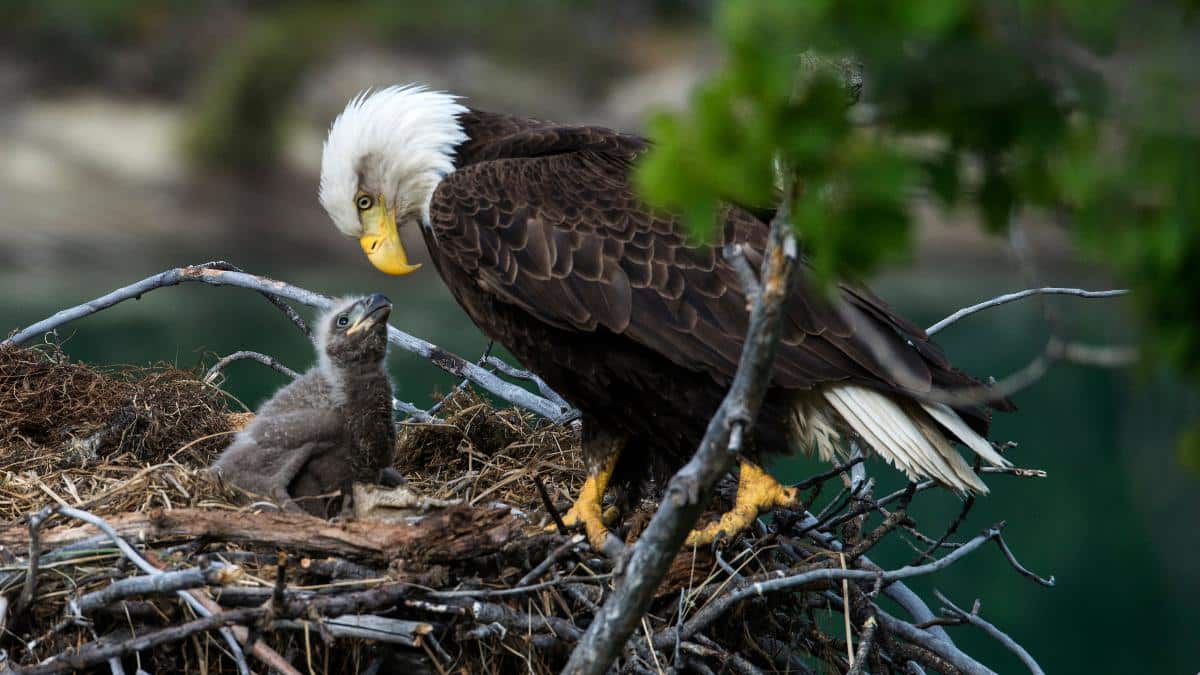 After being threatened with extinction, the American bald eagle population has quadrupled since 2009 — a swift recovery that Martha Williams, deputy director of the U.S. Fish and Wildlife Service, calls “one of the most remarkable conservation success stories of all time,” AP News reported.

A report released Wednesday by The U.S. Fish and Wildlife Service estimated 316,700 individual bald eagles are living in the lower 48, including more than 71,400 nesting pairs. Scientists say the bald eagle’s return highlights the importance of decades of conservation efforts, The New York Times reported.

“The strong return of this treasured bird reminds us of our nation’s shared resilience and the importance of being responsible stewards of our lands and waters that bind us together,″ Interior Secretary Deb Haaland said at her first public appearance since being sworn in as the first Native American cabinet secretary, AP News reported.

In 1963, the bald eagle numbers were at an “all-time low” of 417 known nesting pairs, according to AP News. But after actions like banning the pesticide DDT and placing the national bird on the endangered species list, bald eagle populations grew.

“The bald eagle has always been considered a sacred species to American Indian people,” Haaland said, according to The New York Times. “Similarly it’s sacred to our nation as America’s national symbol.”

Over the span of 2018 and 2019, the U.S. Fish and Wildlife Service’s Migratory Bird Program conducted aerial observations over popular eagle nesting areas to estimate populations, according to a news release. “The Service continues to work with our partners in state and federal agencies, tribes, non-government organizations and with private landowners to ensure that our nation’s symbol continues to flourish,” Williams said in the release.

But the eagle’s success story shouldn’t distract from the ongoing threats American birds still face today. In 2019, the National Audubon Society released a report warning that two-thirds of American bird species were at risk of extinction due to climate change, NPR reported. And a recent study by the Cornell Lab of Ornithology found over the past 50 years, American bird populations have dropped by about one-third.

“Just because a species hasn’t gone extinct or isn’t even necessarily close to extinction, it might still be in trouble,” Elise Zipkin, a quantitative ecologist at Michigan State University, told NPR after the Cornell studies publication. “We need to be thinking about conservation efforts for that.”

The report on the bald eagle’s recovery comes at the same time scientists identified a mysterious disease that has been killing bald eagles and other birds in the U.S. for more than 25 years, Science reported.

A neurological disease that paralyzes and kills bald eagles and other birds is linked to a new species of bacteria that grows on an invasive aquatic weed, the scientists found. While the invasive weed is expected to spread, scientists celebrate their discovery — finally identifying an unknown killer and equipped with the knowledge to help protect birds in the future.

News of the bald eagle’s recovery has also been celebrated by conservationists and scientists who see the new interior secretary playing a larger role in helping species, threatened and listed as endangered, recover.

“We will be taking a closer look at all of those revisions and considering what steps to take to ensure that all of us — states, Indian tribes, private landowners and federal agencies — have the tools we need to conserve America’s natural heritage and strengthen our economy,” said Haaland, according to AP News. “We have an obligation to do so because future generations must also experience our beautiful outdoors, the way many of us have been blessed.”