America Isn’t Buying Its Food at Farmers’s Markets, It’s Doing it at Walmart 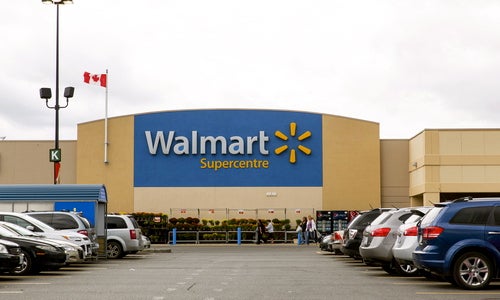 You may think all the talk of eating local and shopping at farmer’s markets is making a shift in the grocery buying arena, but if you do, you may want to take a step back and look at the big picture. While your friends, family and local community may be making a bigger effort to shop at smaller scale markets or specialty stores, the reality is most people aren’t getting their groceries at the same place. In fact, they’re not even going to grocery stores. They’re going to Walmart, Target and beyond. 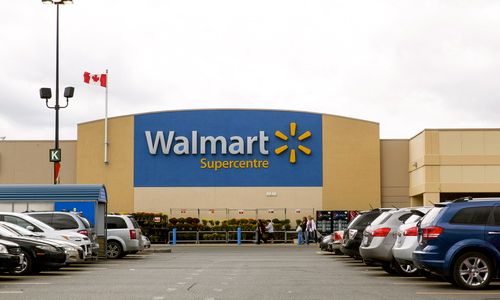 Think about stores like Walmart and the first thing that comes to mind isn’t normally fresh produce; these are places that are known for processed and packaged foods.

A new study shows that it’s not the places selling organic quinoa and Swiss chard that are getting the grocery business, it’s big box stores, convenience stores and even pharmacies. King Retail Solutions partnered up with University of Arizona’s Terry J. Lundgren Center for Retailing and surveyed 1,200 shoppers, from millennials to baby boomers, and found 70% of them bought groceries from non-grocers in 2013.

Target and Walmart topped the list, but then came Walgreens and CVS. Farmer’s markets and food stalls came in seventh place, with a very small percentage in comparison to the big names at the top of the list.

Think about these types of stores and the first thing that comes to mind isn’t normally fresh produce; these are places that are known for processed and packaged foods. Certainly, places like Walmart do sell produce—in fact, it has committed to doubling its sale of locally grown produce by 2015—but its popularity only adds to the industrialization of our food system.

Some may argue that because of prices, these types of stores attract people with a smaller food budget. Not so. As it turns out, “the wealthier the shopper, the more likely he or she is to procure groceries from Target, Walmart or another of these non-grocers,” according to Forbes.

What are the effects of such shopping behaviors?

For one, it affects farmers. As Grist reported in 2011, ”Between 1990 and 2009, the farmers’ share of each dollar consumers spent on pork fell from 45 to 25 cents, according to the USDA Economic Research Service. Pork processors picked up some of the difference, but the bulk of the gains went to Walmart and other supermarket chains, which are now pocketing 61 cents of each pork dollar, up from 45 cents in 1990.”

Then there’s the question of health. While these stores may offer produce options, they are also right next to all of the processed, package options that we as a society need to avoid. It’s hard to avoid temptation, and temptation gets us eating food products instead of real food.

Are grocery stores and markets doomed? Maybe. Once again, it comes down to voting with our forks.