America Is Moving Beyond Coal 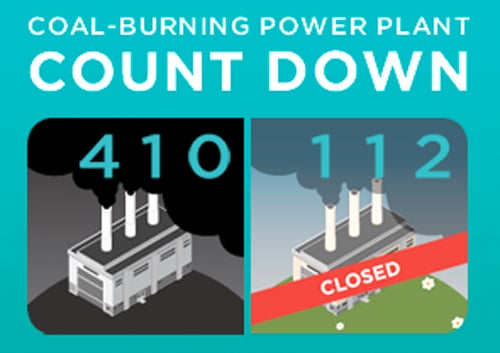 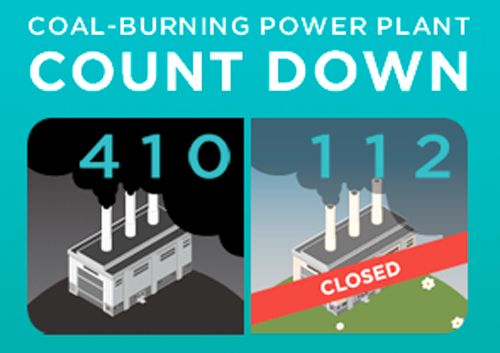 A year since the announcement of the partnership between the Sierra Club and Bloomberg Philanthropies, great strides have been made in the effort to retire old and outdated coal-fired plants and replace them with clean energy. To date, the partnership is making progress in reaching the stated goal of retiring a third of the 500 coal-fired power plants in the U.S. by 2020.

“We are clearly witnessing the end of our dependency on coal and the move toward a cleaner energy future,” said Michael Bloomberg, whose Bloomberg Philanthropies has contributed $50 million to the Beyond Coal Campaign. “Coal-fired power plants and the pollution they produce—including mercury—are the number one threat to our public health and the environment. This is an issue of the American people’s public health versus a narrow special interest. And we will not stop until we have achieved our goal.”

According to the Clean Air Task Force, getting rid of the pollution from 112 coal-fired power plants will translate into the prevention of 2,166 deaths, 3,426 heart attacks and 35,210 asthma attacks every year. Further, the U.S. is now on track to meet and even exceed the goal that President Obama set in the Copenhagen Accord, to decrease carbon pollution by 17 percent below 2005 levels by 2020. According to a recent report from the International Energy Agency, the U.S. has already seen the largest reduction in carbon pollution of any country, with CO2 emissions falling by 7.7 percent, largely because of a decrease in coal use.

“The past year has seen record highs for clean energy development and record lows for dirty coal use,” said Michael Brune, executive director of the Sierra Club. “Communities around the country are showing that there is vast demand for clean energy and the jobs that clean energy will provide. Thanks to the efforts of millions of people who are involved in this campaign, we are slashing toxic pollution like mercury that threatens our health, and the U.S. is now leading the world in reducing the carbon pollution that jeopardizes our climate.”

The Sierra Club and Bloomberg Philanthropies partnership also set forth the goal to reduce toxic mercury pollution from coal by 90 percent. The campaign successfully defended the U.S. Environmental Protection Agency’s (EPA) long-overdue Mercury and Air Toxics Standards for power plants, which will achieve the proposed goal. More than 800,000 people sent comments to the EPA in support of the standards, and more than 90 U.S. mayors (including Mayor Bloomberg) signed a letter to Agency Administrator Lisa Jackson championing the mercury protections.

Coal’s contribution to net generation has dropped from 49 percent just five years ago to 33 percent today. Coal is continually being supplanted by clean energy sources in states such as Iowa and South Dakota, where 20 percent of their energy comes from wind power. Eight other states are now getting more than 10 percent of their energy from wind. In both Alexandria, Virginia, and Chicago, Illinois, major coal plants were taken on by local residents and community groups. The coal-fired plants subsequently announced their retirement, producing a victory for public health.

In the past year, the campaign has engaged more than half a million new activists, submitted a record number of comments to the EPA and expanded local campaigns to 40 states. Looking ahead, the campaign is now working to pass a clean energy ballot initiative in Michigan, help Los Angeles transition away from coal and towards clean energy and create the second coal-free region in the U.S. as the northeast follows the lead of the Northwest and phases out coal use.

Already, in San Antonio, Texas, decision makers announced plans to retire the Deely coal plant and to build a large 400 megawatt solar facility that would provide more than 800 jobs.

For more information about the Beyond Coal campaign, click here.