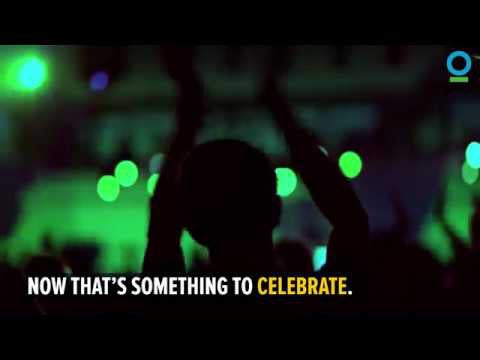 The largest tropical
reforestation effort in history aims to restore 73 million trees in the Brazilian Amazon by 2023.

The multimillion dollar, six-year project, led by
Conservation International, spans 30,000 hectares of land—the equivalent of the size of 30,000 soccer fields, or nearly 70,000 acres.

The effort will help Brazil move towards its
Paris agreement target of reforesting 12 million hectares of land by 2030.

“This is a breathtakingly audacious project,” Dr. M. Sanjayan, CEO of Conservation International, said in a
statement. “Together with an alliance of partners, we are undertaking the largest tropical forest restoration project in the world, driving down the cost of restoration in the process. The fate of the Amazon depends on getting this right—as do the region’s 25 million residents, its countless species and the climate of our planet.”

The Amazon is the world’s largest rainforest, home to indigenous communities and an immense variety and richness of biodiversity. The latest survey detailed
381 new species discovered in 2014-2015 alone.

But this precious land has been threatened by decades of commercial exploitation of natural resources, minerals and agribusiness, as Conservation International editorial director Bruno Vander Velde
writes, “leading to about 20 percent of original forest cover to be replaced by pastures and agricultural crops, without securing the well-being of the local population.”

“The reforestation project fills an urgent need to develop the region’s economy without destroying its forests and ensuring the well-being of its people,” he notes.

Fast Company reports that instead of planting saplings—which is labor- and resource-intensive—the reforestation effort will involve the “muvuca” strategy, a Portuguese word that means many people in a small place. The strategy involves the spreading of seeds from more than 200 native forest species over every square meter of deforested land and allowing natural selection to weed out the weaker plants. As Fast Company notes, a 2014 study by the Food and Agriculture Organization and Bioversity International found that the muvuca technique allowed more than 90 percent of native tree species planted to germinate. Not only that, they especially resilient and suited to survive drought conditions for up to six months.

According to Rodrigo Medeiros, vice president of Conservation International’s Brazil office, priority areas for the restoration effort include southern Amazonas, Rondônia, Acre, Pará and the Xingu watershed. Restoration activities will include the enrichment of existing secondary forest areas, sowing of selected native species, and, when necessary, direct planting of native species, Medeiros said.

The Brazilian Ministry of Environment, the Global Environment Facility, the World Bank, the Brazilian Biodiversity Fund, and Rock in Rio’s environmental arm “Amazonia Live” are also partners in this effort.