Scientists Form Panel in Attempt to Save the Amazon 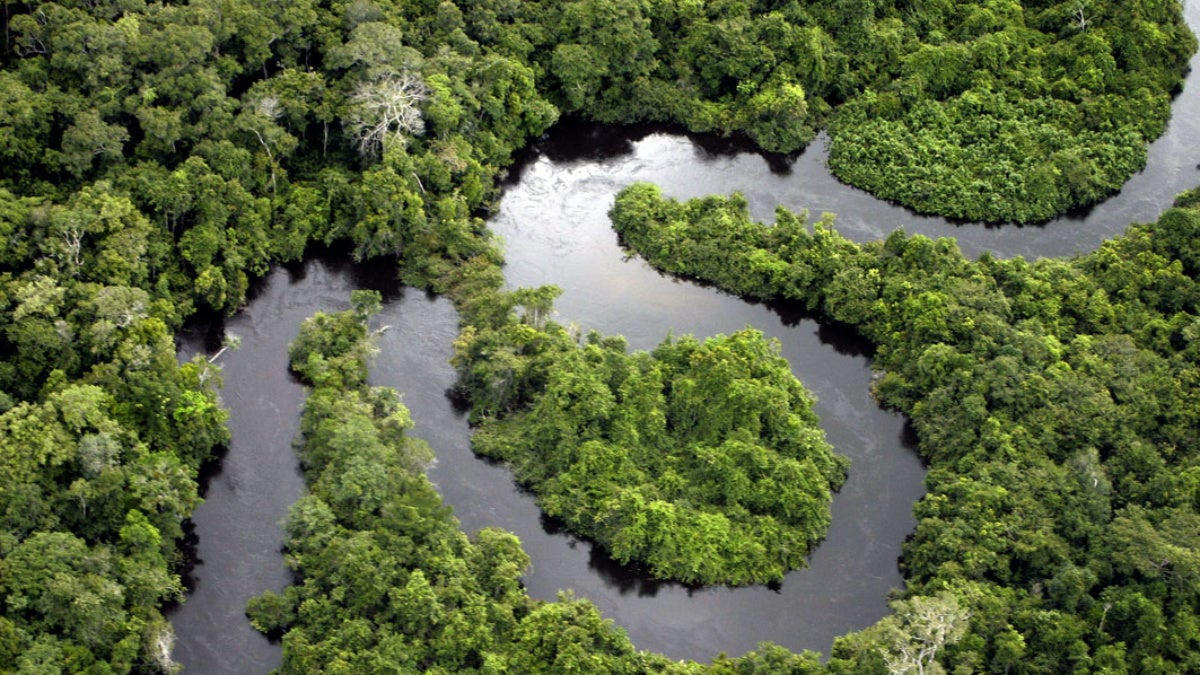 A group of 150 leading scientific and economic experts on the Amazon basin have taken it upon themselves to launch an ambitious conservation project. Jlwad / Wikimedia Commons / CC by 4.0

With the Amazon rainforest predicted to be at, or very close to, its disastrous rainforest-to-savanna tipping point, deforestation escalating at a frightening pace, and governments often worsening the problem, the need for action to secure the future of the rainforest has never been more urgent.

Now, a group of 150 leading scientific and economic experts on the Amazon basin have taken it upon themselves to launch an ambitious conservation project. The newly founded Science Panel for the Amazon (SPA) aims to consolidate scientific research on the Amazon and propose solutions that will secure the region’s future — including the social and economic well-being of its thirty-five-million inhabitants.

“Never before has there been such a rigorous scientific evaluation on the Amazon,” said Carlos Nobre, the leading Amazon climatologist and one of the chairs of the Scientific Panel. The newly organized SPA, he adds, will model its work on the style of the authoritative reports produced by the UN Intergovernmental Panel on Climate Change (IPCC) in terms of academic diligence and the depth and breadth of analysis and recommendations.

The Amazon Panel, is funded by the United Nation’s Sustainable Development Solutions Network and supported by prominent political leaders, such as former Colombian President, Juan Manuel Santos and the elected leader of the Coordinator of Indigenous Organizations of the Amazon River Basin, José Gregorio Díaz Mirabal. The SPA plans to publish its first report by April 2021.

Over the last five decades, the Amazon rainforest lost almost a fifth of its forest cover, putting the biome on the edge of a dangerous cliff. Studies show that if 3 to 8% more forest cover is lost, then deforestation combined with escalating climate change is likely to cause the Amazon ecosystem to collapse.

After this point is reached, the lush, biodiverse rainforest will receive too little precipitation to maintain itself and quickly shift from forest into a degraded savanna, causing enormous economic damage across the South American continent, and releasing vast amounts of forest-stored carbon to the atmosphere, further destabilizing the global climate.

Amazon researchers are now taking a proactive stance to prevent the Amazon Tipping Point: “Our message to political leaders is that there is no time to waste,” Nobre wrote in the SPA’s press release.

Amid escalating forest loss in the Amazon, propelled by the anti-environmentalist agenda of Brazilian President Jair Bolsonaro, experts fear that this year’s burning season, already underway, may exceed the August 2019 wildfires that shocked the world. Most Amazon basin fires are not natural in cause, but intentionally set, often by land grabbers invading indigenous territories and other conserved lands, and causing massive deforestation.

“We are burning our own money, resources and biodiversity — it makes no sense,” Sandra Hacon told Mongabay; she is a prominent biologist at the Brazilian biomedical Oswaldo Cruz Foundation and has studied the effects of Amazon forest fires on health. It is expected that air pollution caused by this year’s wildfire’s, when combined with COVID-19 symptoms, will cause severe respiratory impacts across the region.

Bolivian ecologist Marielos Penã-Claros, notes the far-reaching economic importance of the rainforest: “The deforestation of the Amazon also has a negative effect on the agricultural production of Uruguay or Paraguay, thousands of kilometers away.”

The climate tipping point, should it be passed, would negatively effect every major stakeholder in the Amazon, likely wrecking the agribusiness and energy production sectors — ironically, the sectors responsible for much of the devastation today.

“I hope to show evidence to the world of what is happening with land use in the Amazon and alert other governments, as well as state and municipal-level leadership. We have a big challenge ahead, but it’s completely necessary,” said Hacon.

Creating a workable blueprint for the sustainable future of the Amazon rainforest is no simple task. The solutions mapped out, according to the Amazon Panel’s scientists, will seek to not only prevent deforestation and curb global climate change, but to generate a new vision and action plan for the Amazon region and its residents — especially, fulfilling development goals via a sustainable standing-forest economy.

The SPA, Nobre says, will make a critical break with the purely technical approach of the United Nation’s IPCC, which banned policy prescriptions entirely from its reports. In practice, this has meant that while contributing scientists can show the impacts of fossil fuels on the atmosphere, they cannot recommend ending oil subsidies, for example. “We inverted this logic, and the third part of the [SPA] report will be entirely dedicated to searching for policy suggestions,” Nobre says. “We need the forest on its feet, the empowerment of the traditional peoples and solutions on how to reach development goals.”

Researchers across many academic fields (ranging from climate science and economics to history and meteorology) are collaborating on the SPA Panel, raising hopes that scientific consensus on the Amazon rainforest can be reached, and that conditions for research cooperation will greatly improve.

SPA participants hope that a thorough scientific analysis of the rainforest’s past, present and future will aid in the formulation of viable public policies designed to preserve the Amazon biome — hopefully leading to scientifically and economically informed political decisions by the governments of Amazonian nations.

“We are analyzing not only climate but biodiversity, human aspects and preservation beyond the climate issues,” Paulo Artaxo, an atmospheric physicist at the University of São Paulo, told Mongabay.

Due to the urgency of the COVID-19 pandemic, the initiative’s initial dates for a final report were pushed forward by several months, and a conference in China cancelled entirely. But the 150-strong team is vigorously pushing forward, and the first phase of the project — not publicly available — is expected to be completed by the end of the year.

The hope on the horizon is that a unified voice from the scientific community will trigger long-lasting positive changes in the Amazon rainforest. “More than ever, we need to hear the voices of the scientists to enable us to understand how to save the Amazon from wanton and unthinking destruction,” said Jeffrey Sachs, the director of the UN Sustainable Development Solutions Network, on the official launch website called The Amazon We Want.