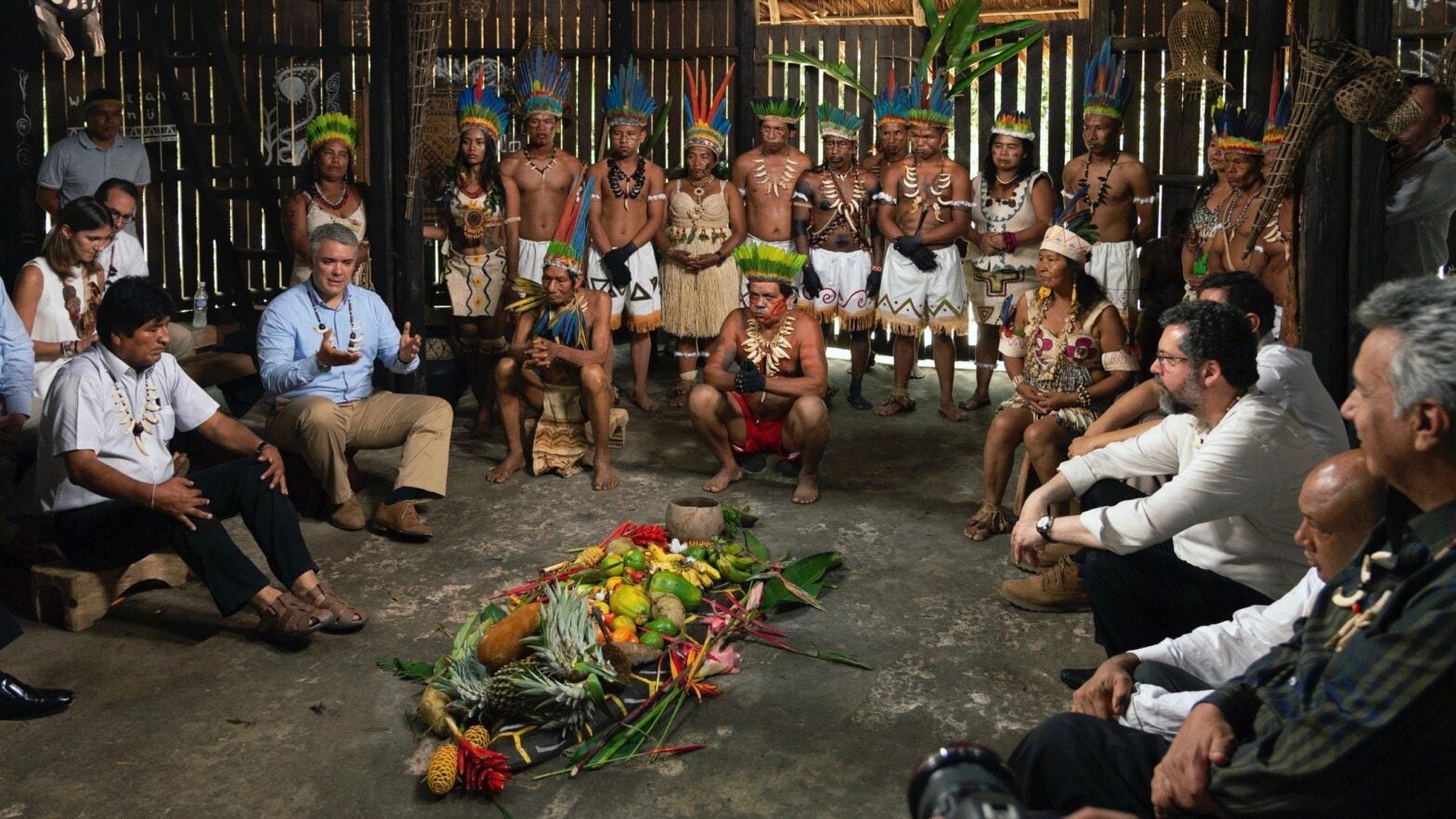 Seven Amazon countries signed a pact Friday to protect the world’s largest tropical rainforest in response to the record-breaking number of wildfires that have blazed through the Amazon rainforest this summer, Reuters reported.

Bolivia, Brazil, Colombia, Ecuador, Guyana, Peru and Suriname agreed to create a network to coordinate their responses to disasters like this summer’s fires. They also promised to increase the satellite monitoring of deforestation, share information on threats to the forest like illegal mining, develop reforestation and education initiatives and increase the participation of Indigenous communities.

“This meeting will live on as a coordination mechanism for the presidents that share this treasure―the Amazon,” Colombian President Ivan Duque said, as Reuters reported.

Link to the official text of the Leticia Pact for the Amazon signed by 7 countries of the #Amazon Basin #cumbreporlaamazonia – positive commitment now needs implementing! https://t.co/HjMFMMolwi

Fires in Brazil, which contains 60 percent of the Amazon within its borders, are up 83 percent this year compared to last, according to Reuters. Fires are also raging in Bolivia on its border with Brazil and Paraguay, BBC News reported.

Right-wing Brazilian President Jair Bolsonaro, whose pro-industry policies and rhetoric have been blamed for the increase in fires, did not attend the conference in person because he was preparing for surgery.

Instead, he attended via video. Bolsonaro, who rejected million in aid from the G7 countries in August, urged the South American countries to manage the region without international interference.

“We must take a strong position of defense of sovereignty so that each country can develop the best policy for the Amazon region, and not leave it in the hands of other countries,” Bolsonaro said, as AFP reported.

Indigenous leaders from Amazon communities impacted by fires and deforestation also attended the meeting, but some expressed doubts over how effective the pact would be. National Indigenous Organization of Colombia coordinator Nelly Kuiru told Al Jazeera that the pact was “very vague.”

“I think it is important the presidents took the time to come to one of the Amazon’s regions, in Colombia, and sign the pact. But I have doubts about it,” she said. “I doubt the pact will be fulfilled, because to make a pact there first of all has to be an analysis of what is happening.”

Moira Birss of conservation and Indigenous rights group Amazon Watch agreed. She said that the pact did not list the specific causes of deforestation and did not make a clear enough connection between deforestation and the climate crisis.

STATEMENT: Today the leaders of Brazil, Ecuador, Colombia, Bolivia, Suriname, & Guyana met about the #AmazonFires and signed the 'Amazon Pact' on joint plans to 'conserve' the Amazon.

“This is problematic both because ample scientific research has demonstrated the serious climate impacts of tropical forest deforestation, and because the direct causes of Amazon deforestation and degradation are widely known to be industrial activities like agribusiness and mining,” she wrote in a statement.

Birss also pointed out that the language of the text implied that signatories saw the Amazon more as an economic asset than a vital ecosystem:

“Furthermore, the pact’s frequent mention of the ‘value’ of the trees and biodiversity of the Amazon, and of the ‘development’ of its natural resources, seem to indicate that the signatories view the rainforest as a commodity to be exploited rather than a vital ecosystem and the ancestral home to indigenous peoples that must be protected.

“This reading of the pact is supported by recent events: this week the Bolsonaro administration has pushed for even more rollbacks to environmental protections in the country’s Forest Code, and Ecuador’s new Environment Minister declared on Wednesday that, “where there are natural resources, there will be extraction.’

“Responses to the Amazon fires will never be effective in protecting the rainforest unless they confront the key driver of Amazon deforestation: profit-seeking at the expense of the rights of forest peoples and environmental protection.”

The Amazon is in fact home to around one million people who belong to 500 Indigenous groups, according to Reuters.

In an EcoWatch Live interview last week, founder and president of the Amazon Aid Foundation Sarah duPont stated that “There are more trees in the Amazon than there are stars in the Milky Way.”