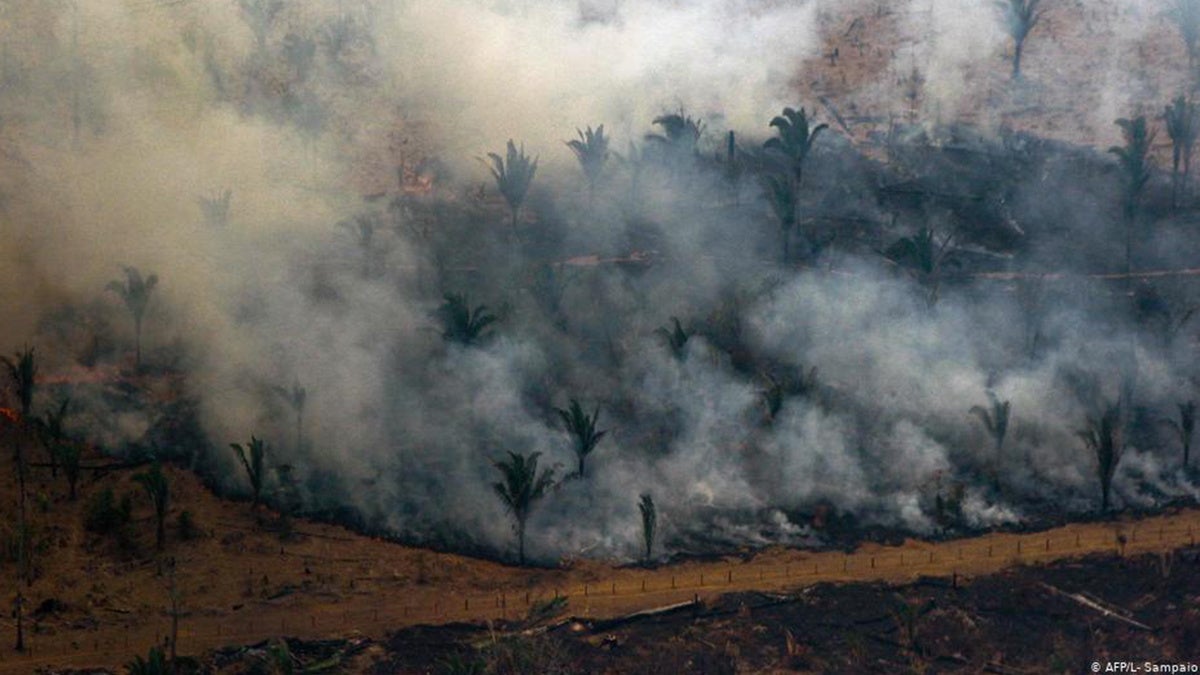 Heavy smoke blanketed the city of Porto Velho in the northwestern state of Rondonia as military planes struggled to douse the fires raging in the Amazon that have raised an international outcry.

A video posted by Brazil’s Ministry of Defense showed a C-130 Hercules plane, one of two sent to the region, dumping water out of its jets while flying over the smoke-covered rainforest canopy near Porto Velho.

After facing international criticism that Brazil was not doing enough to fight the fires, President Jair Bolsonaro announced earlier in the week that he would send in the military to fight the fires. As of Sunday, Bolsonaro had authorized military operations in seven of Brazil’s 26 states in response to requests for help from local governments.

On Sunday, the Ministry of Defense said in a briefing that 44,000 troops were available in the northern Amazon region but did not provide further operational details as to where they would be deployed and what they would do.

New fires continued to break out over the weekend, even as the government stepped up its operations. Some 1,130 new fires were ignited between Friday and Saturday, Brazil’s National Institute for Space Research (INPE) noted.

Close to 80,000 fires have been registered across large swaths of the Amazon, the highest number since at least 2013, according to INPE.

The Amazon Basin, where at least half the fires are located, is home to some 20 million people.

On Sunday, giant smoke clouds covered Porto Velho, the capital city of Rondonia and home to some half a million inhabitants. Brazil’s Justice Minister Sergio Moro authorized 30 military police to be sent to Porto Velho to assist in fighting the fires. 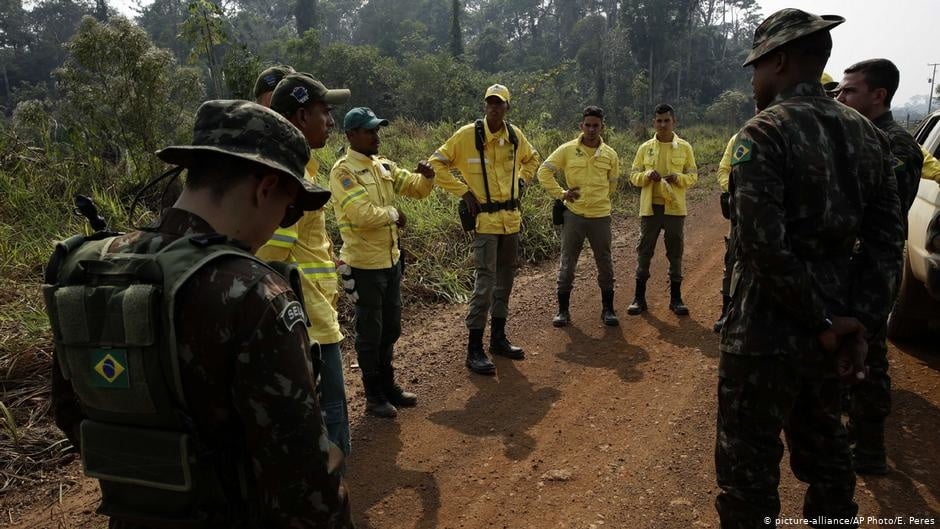 Thousands of protesters also took to the street in Rio de Janeiro, demanding that the government do more to tackle the fires and chanting, “Bolsonaro leave, Amazon stay.”

The fires have also affected neighboring Bolivia, as flames and smoke from the fires in Brazil swept to the border. Fires have also been burning in Chiquitania, a tropical savannah region on the Bolivian side of the border. President Evo Morales suspended his election campaign to deal with the fires and said he would accept international help to fight the blazes.

About 60% of the Amazon lies in Brazil. The rainforest is considered vital in the fight against climate change because of the large amounts of carbon dioxide that it absorbs. It is also home to an incredible array of biodiversity.

Experts attribute the cause of the fires to the clearing of land during the dry season for agricultural use.