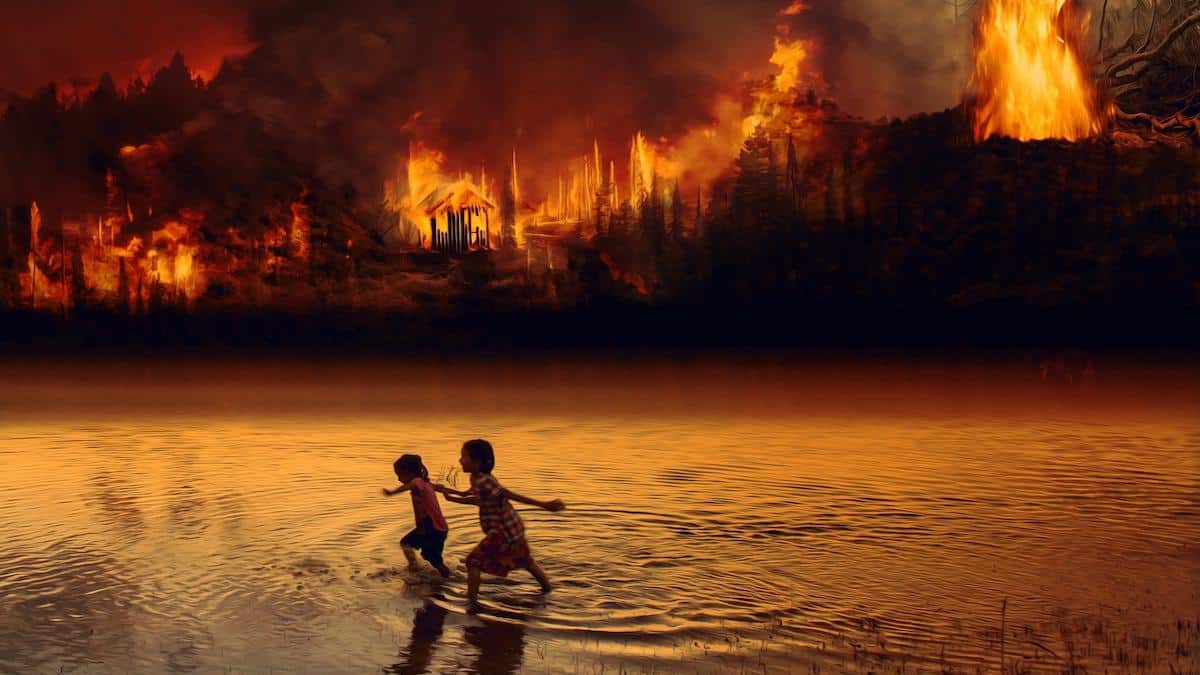 The future of the world’s largest rainforest looks bleak. A new report for Environment: Science and Policy for Sustainable Development concluded that the Amazon rainforest will collapse and largely become a dry, shrubby plain by 2064. Development, deforestation and the climate crisis are to blame, study author and University of Florida geologist Robert Toovey Walker found, UPI reported.

Walker reviewed recent research, offering that heavy development in Amazonian nations depleted the forest and threatens to push it over the edge towards destruction.

By nature of being a rainforest, the canopy creates its own precipitation. The local environment and inhabitants rely on the freshwater created therein for survival. The ecosystem can recover from smaller, periodic droughts but longer and more severe events are already diminishing the forest’s long-term resilience, Interesting Engineering reported.

Longer dry seasons, which the rainforest is already experiencing and which are exacerbated by deforestation and the climate crisis, prevent rainforest canopies from recovering from fires. Flammable grasses and shrubs “permanently invade” and take over the landscape; the tropical rainforest dries out and transforms into a tropical savanna, the study found.

“A forest cannot survive if its canopy needs more than 4 years to recover from a yearly [drought] event,” Walker wrote in the report. “Southern Amazonia can expect to reach a tipping point sometime before 2064 at the current rate of dry-season lengthening.”

Earlier this year, a different study found that the Amazon ecosystem could collapse in less than 50 years with deforestation being the primary culprit. According to UPI, Walker’s latest review shaved five years off from that estimate and gave the most specific date of ecosystem demise ever provided, citing the same reason.

Brazil’s President Jair Bolsonaro has been criticized for opening the forest to exploitation and inciting forest destruction. Under Bolsonaro, Amazon deforestation skyrocketed to a 12-year high, and activists warned that he used the pandemic as a smokescreen to undermine protections for the rainforest. Walker criticized Bolsonaro’s administration for “appear[ing] intent on scrapping all remaining restraints on the unfettered exploitation of Amazonia’s natural resources.”

Walker also estimated that the Amazon has shrunk by about 20% since intense development began and that the dry season has already lengthened in the south by an additional 6.5 days per decade, UPI reported.

The study’s models predict that once deforestation reaches 30-50% in southern Amazonia, rainfall in the west will decrease by up to 40%, cementing the deterioration in that environment from lush, tropical forest to arid, open savanna, Science Alert reported.

“The best way to think of the forest ecosystem is that it’s a pump,” Walker told UPI. “The forest recycles moisture, which supports regional rainfall. If you continue to destroy the forest, the rainfall amount drops… and eventually, you wreck the pump.”

As the forest transforms into a grassland, all the benefits of the massive ecosystem will also disappear and a “multidimensional catastrophe” will ensue, Walker wrote in the study.

Primarily, water security will evaporate for over 35 million people living in the region, Science Alert continued. The entire continent’s dependency upon Amazonia for freshwater “means that the magnitude of the catastrophe will be worse than heretofore imagined,” Walker noted in the study.

Additionally, many plants and animals in the biodiverse ecosystem will be driven to extinction. Among those could lie new medical discoveries and foods, UPI noted. Timber and other precious resources will also disappear.

Finally and perhaps most alarmingly, according to Science Alert, the forest could lose its ability to store the world’s excess carbon which helps to regulate the climate and planetary temperature. In fact, some predict the world’s largest forest will flip from a sink to a source around 2035, the report said.

Walker concluded that it was “doubtful” that the Amazon forest could remain resilient into the future given the layers of threats facing it.