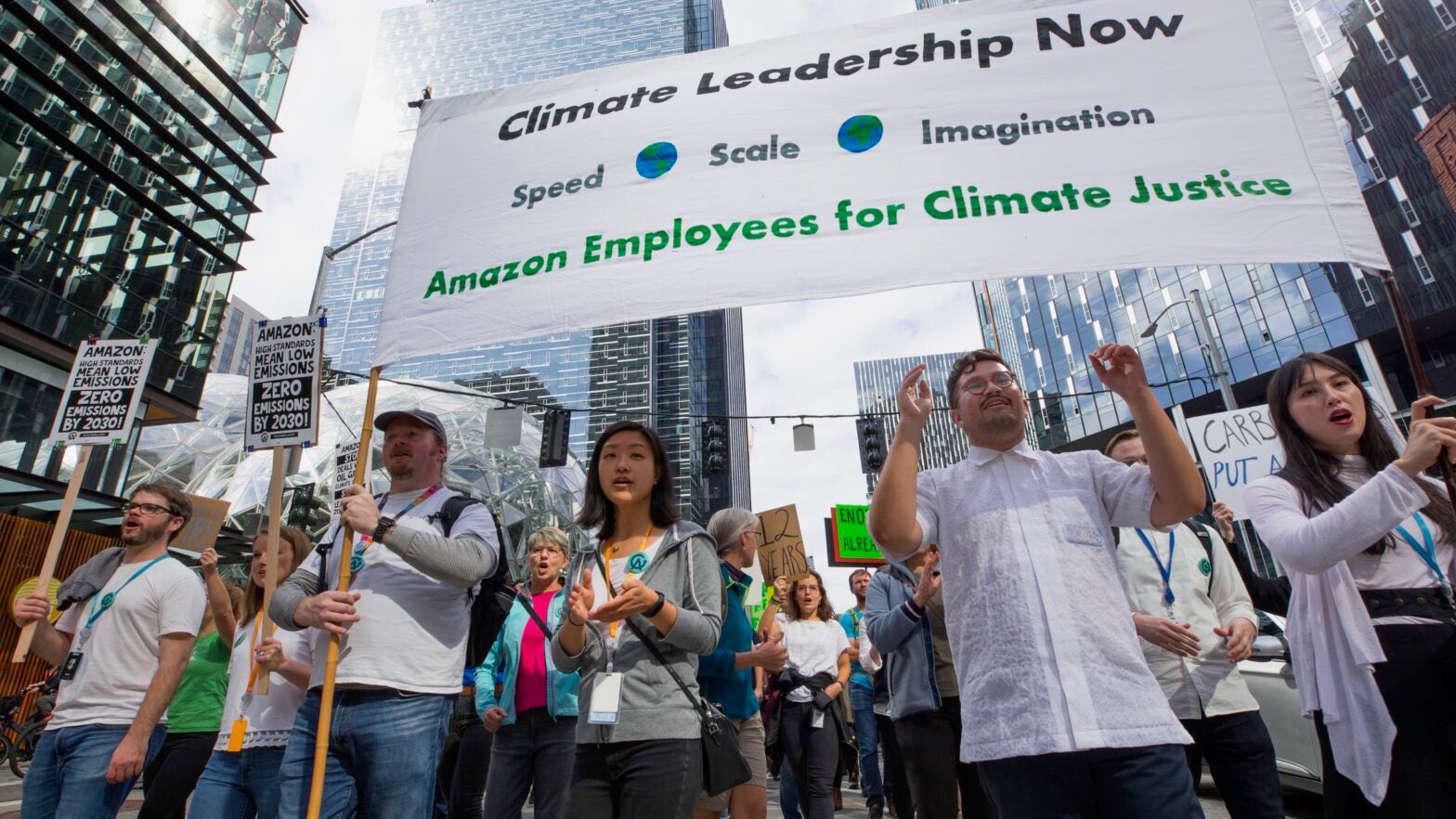 Hundreds of Amazon workers publicly criticized the company’s climate policies Sunday, showing open defiance of the company following its threats earlier this month to fire workers who speak out on climate change.

Employee activist group Amazon Employees for Climate Justice published more than 350 critical quotes from employees, all who signed with their full names and positions, in a Medium post Sunday. Earlier this month, the group reported that several of its members had been contacted by representatives from human resources about speaking out on climate in relation to the company’s external communication policy, including two employees who were warned that “violation” of the policy could result in their being fired.

“Amazon, the Earth is our only home,” Virginie Muzereau, a data linguist, said in the Medium post. “Spend more money on fighting Climate Change than on space exploration!”