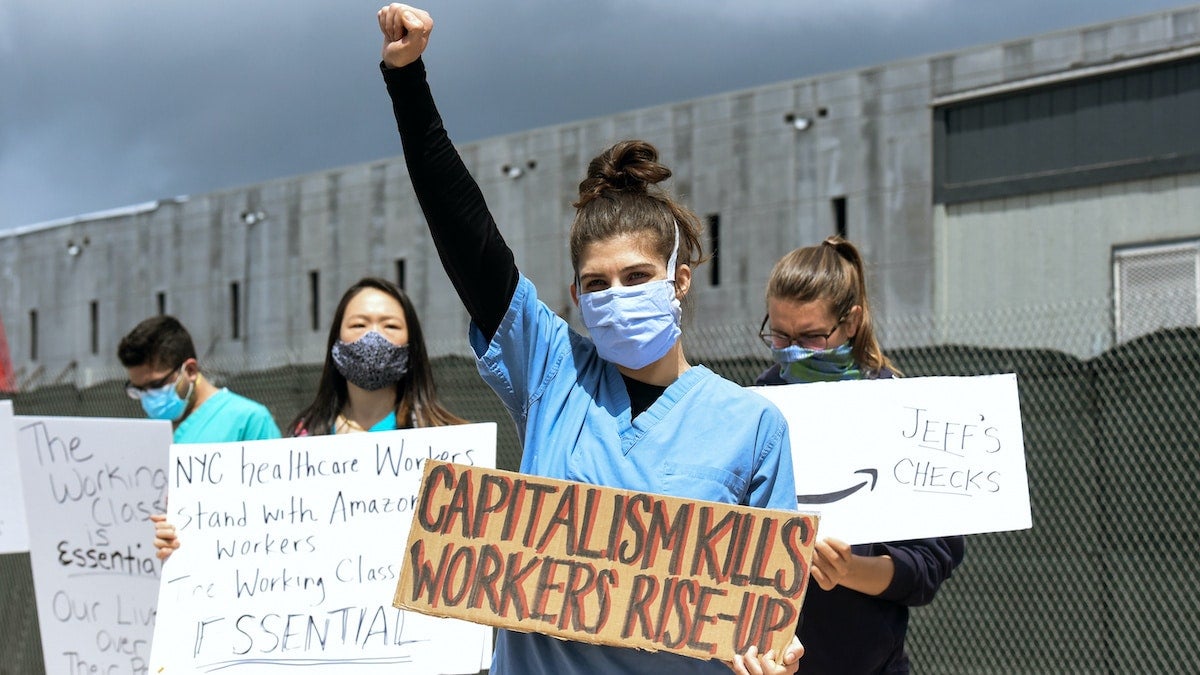 Online retail giant Amazon, which has seen its profits soar since COVID-19 lockdowns began, announced Thursday that nearly 20,000 of its employees either tested positive or have been presumed positive for the coronavirus, CNN reported.

In a corporate blog post, Amazon said it examined data for about 1.37 million front-line employees who worked at Amazon and Whole Foods from March 1 to September 19. Amazon then compared the results to the official statistics reported by the Johns Hopkins University coronavirus tracker. If Amazon’s infection rate were commensurate with the general population, it would total almost 34,000 cases, the AP reported.

However, Amazon claims that its numbers are 42 percent lower than expected based on that comparison, CNN reported.

When CNN asked Amazon for a breakdown between Whole Foods and Amazon employees, the company declined to provide that information.

Another caveat to the data is that it does not include the company’s large pool of delivery drivers, who are usually independent contractors, Amazon spokesperson Kelly Cheeseman told The Washington Post.

Health officials have had a difficult time obtaining accurate data from Amazon about infection rates at its facilities. An NBC News investigation revealed earlier this week that managers at a Wisconsin warehouse pushed hundreds of employees into a windowless room during a tornado warning back in August — just a day after employees learned about more of their coworkers testing positive. Afterward, the company refused to provide data on how many new cases resulted from the incident.

Amazon has received pushback from its employees who have criticized working conditions. In March, more than 1,500 employees across the U.S. and Europe signed a petition asking the company to adopt and enforce stricter safety protocols. At the time, one employee called the working conditions “totally insufficient” to keep people healthy, The Washington Post reported.

Despite efforts to improve safety conditions, including increased cleanings, temperature checks and mandatory face masks, some employees believe the company still has a long way to go.

Amazon’s disclosure “is the most damning evidence we have seen that corporate America has completely failed to protect our country’s front line workers in this pandemic,” Marc Perrone, president of the United Food and Commercial Workers International Union, said in a statement in The Washington Post.

Meanwhile, the company’s profits have soared as demand for online shopping increased during the pandemic, The Washington Post reported. Amazon’s stock price has almost doubled, adding tens of billions of dollars to founder Jeff Bezos’ net worth in 2020, reported CNN.