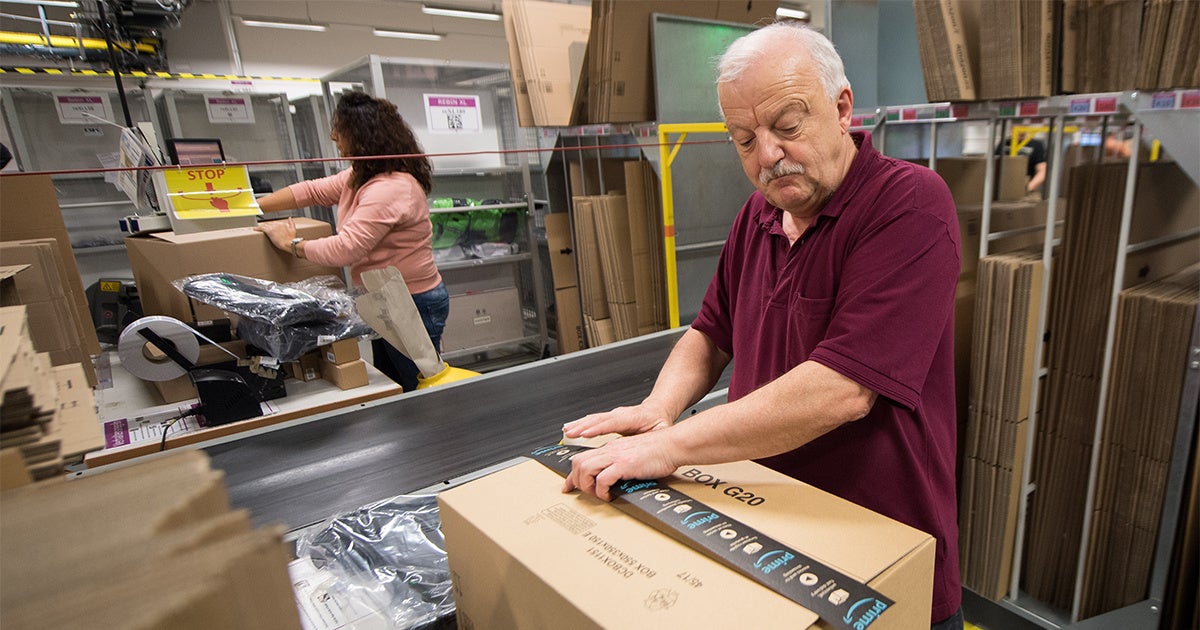 A small group of Amazon workers is receiving big praise for their efforts to force their employer to be a better steward of the planet.

More than a dozen employees of the online retail behemoth who have received stock as part of their compensation are, as the New York Times reported, “starting to use those shares to turn the tables on their employers” by putting forth shareholder petitions demanding that the trillion-dollar e-commerce company craft a comprehensive plan to address the global climate crisis.

In November and December, the employees submitted identical petitions calling for the plan. As the Times outlined Sunday:

Their filing appears to be the first time that tech employees have led their own shareholder proposal, according to activist investors. In the proposal, which will be voted on at Amazon’s annual shareholder meeting next spring, employees asked the company’s board to say how it would respond to climate change and reduce its dependence on fossil fuels.

“We realized we could use our position as employees and our power and our rights as shareholders to bring visibility of this issue to the board and the top leaders of this company,” said Eliza Pan, a program manager who has worked at Amazon for five years and is one of the employees who signed on to the proposal.

Ms. Pan, who earned Amazon shares as part of her compensation package, said workers must own at least $2,000 in stock for a year to file a shareholder proposal. “We had this power, and we wanted to leverage that power,” she said.

The proposal will only move forward if it garners support from enough shareholders—most notably, Amazon founder and CEO Jeff Bezos, who owns 16 percent of the company and also happens to be the richest man in the world. But as Pan put it, “Banding together with other shareholders amplifies my voice and makes all of our voices more powerful.”

Emily Cunningham, a user experience designer who also has received stock in the company and is supporting the climate proposal, said, “It’s important to make change and work for change wherever you happen to be, and I happen to be an employee at Amazon.” Expanding on her comments to the Times in a lengthy thread of tweets, Cunningham added:

[Climate] change is about “HUMANITY,” about justice. It’s also an issue of our national security, health, safety, economy. Climate change is changing & will change everything. It’s effecting everything we care about. From the devastating floods in Kerala, India to the #CampFire in CA, we’re living through the climate crisis as it destroys communities and kills people living their lives. It’s hitting the most vulnerable among us.

…The technology and solutions to climate change are, to a large extent, known and available. And each one of us, in whatever way we can, need to be part of the cultural shift underway to make this a political reality because we’re running out of time.

News of the shareholder petitions caught the attention of a few high-profile climate activists, including journalist Naomi Klein—who called it a “very interesting development“—and 350.org co-founder Bill McKibben, who called the Times report an “important story.”

Noting that “East Antarctica is melting, animal & insect numbers are plummeting, [and] fires & weather are going crazy,” 350 Seattle encouraged readers to sign a petition in support of the employees seeking an Amazon climate plan:

Amazon, which is based in Seattle, declined to comment on the employees’ proposal, but Kara Hurst, the company’s director of worldwide sustainability, told the Times, “We have set a goal to power our global infrastructure with 100 percent renewable energy and are investing in renewable energy and energy efficiency innovations,” pointing to the fact that 25 fulfillment centers are powered by solar energy and efforts to cut back on packing materials.