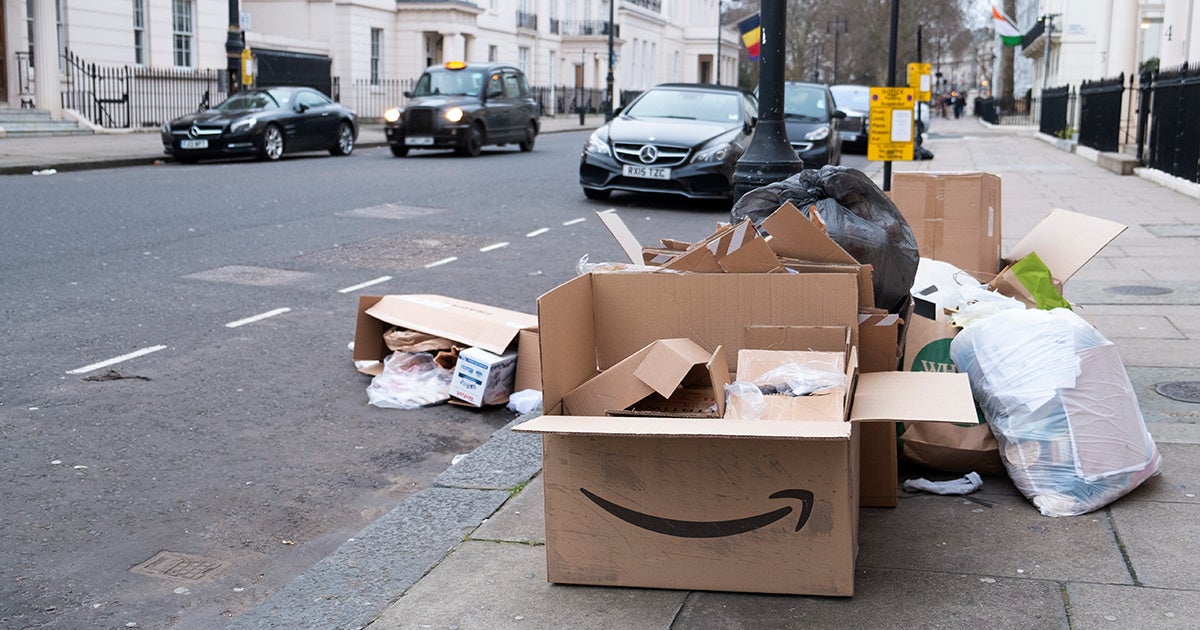 More than 4,500 Amazon employees have signed a letter calling on the company to take concrete action on climate change, with demands including a complete transition away from fossil fuels.

The letter was posted on Medium Wednesday by a group calling itself Amazon Employees for Climate Justice and was addressed to CEO Jeff Bezos and the Amazon Board of Directors. The group called on the company to release an action plan on climate change based on the principles outlined in their letter.

“Amazon has the resources and scale to spark the world’s imagination and redefine what is possible and necessary to address the climate crisis,” the group wrote. “We believe this is a historic opportunity for Amazon to stand with employees and signal to the world that we’re ready to be a climate leader.”

A deep thank you to every Amazon employee who signed! 👏🏻👏🏽👏🏿

Amazon software engineer and letter co-signer Rajit Iftikhar confirmed to CNN that the letter followed two meetings between concerned employees and Amazon leadership about the company’s climate plans that did not yield clear results.The letter also grew out of the work 28 former and current employees who filed a shareholder resolution in December of 2018, the group’s press release said. The company had told them it would soon print a statement of opposition to that resolution.

“This campaign started with a dozen workers coming together to take action on our climate crisis. Now we have thousands of employees from all over the world who are publicly asking for a company-wide plan that matches the scale and urgency of the problem,” Iftikhar wrote in the press release. “We’ve been blown away by the amount of support and passion there is for making Amazon a leader on climate justice.”

The movement of Amazon workers is remarkable in two respects, The New York Times noted. For one, it is rare for tech workers to give their names when agitating for change. Secondly, it represents the growth of an emerging tactic for employees to use a shareholder resolution to influence their employers. Historically, this tactic has been used by outside groups, but it is increasingly being used by tech employees who are given stock options as part of their benefits packages. Amazon has more than 65,000 corporate and tech employees in the U.S., but more people have signed the letter so far than are employed at any one Amazon location other than Seattle or the Bay Area.

The principles that the letter writers hope Amazon will adopt are:

1. Climate goals consistent with the Intergovernmental Panel on Climate Change report that says we must halve emissions by 2030 compared to 2010 levels

2. A full phase-out of fossil-fuel use

The letter also called out specific Amazon policies and actions, such as donations made to climate-denying lawmakers and an AWS for Oil and Gas initiative that helps oil and gas companies expand and speed extraction.

The letter also wrote that the company’s current sustainability pledge, Shipment Zero, did not go far enough. That commitment would make packages emit net zero carbon emissions and shipping emit 50 percent net zero carbon by 2030, but the letter writers said that relying on carbon offsets could displace indigenous communities in poorly thought out forest-preservation schemes and would do nothing to reduce air pollution.

“Amazon’s Shipment Zero announcement is a first step, and it showed the positive impact that employee pressure can have,” Principal User Experience Designer and letter signer Maren Costa said in the press release. “We all—individuals, corporations, governments—simply need to do more. Amazon needs a company-wide plan that matches the scale and urgency of the climate crisis, and Shipment Zero is not nearly enough.”

In a response to the letter, Amazon told CNN it had 200 scientists, engineers and product designers working on sustainability.

“We have launched several major and impactful programs and are working hard to integrate this approach fully across Amazon,” the company said in a statement. “Our dedication to ensuring that our customers understand how we are addressing environmental issues has been unwavering — we look forward to launching more work and sharing more this year.”