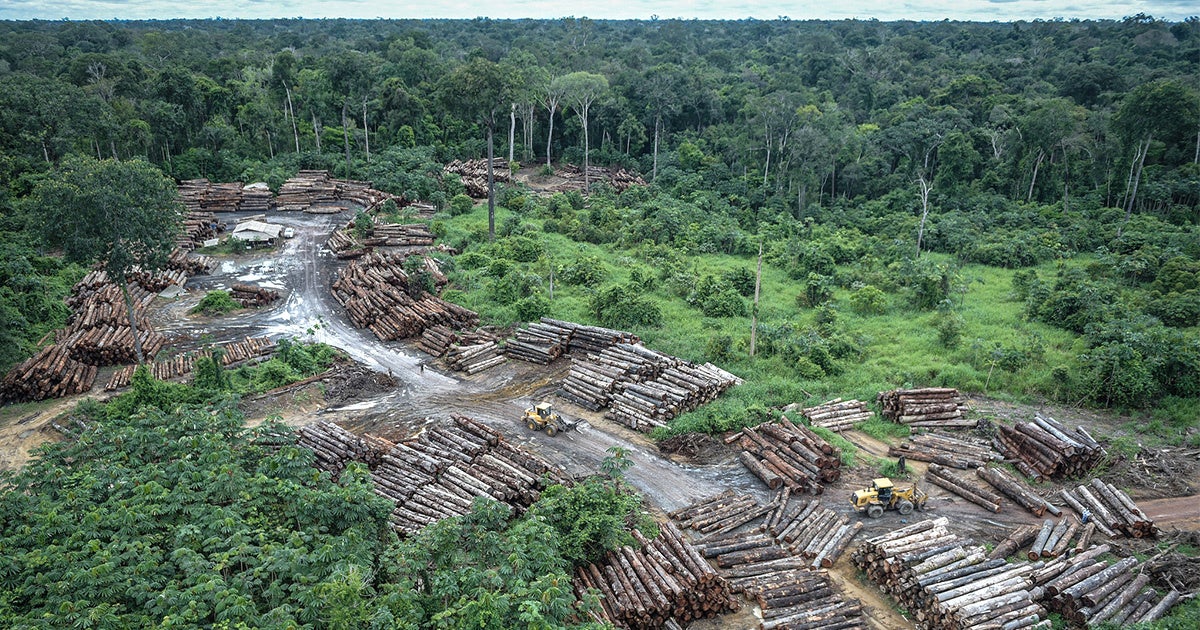 Over the past 25 years that I have been conducting environmental research in the Amazon, I have witnessed the the ongoing destruction of the world’s biggest rainforest. Twenty percent of it has been deforested by now—an area larger than Texas.

I therefore grew hopeful when environmental policies began to take effect at the turn of the millennium, and the rate of deforestation dropped from nearly 11,000 square miles per year to less than 2,000 over the decade following 2004.

But a new political climate in Brazil, which set in even before President Jair Bolsonaro took office in January 2019, has led to a recent increase in the pace of rainforest felling. And Bolsonaro, a former army officer, made Amazonian development a core campaign pledge. 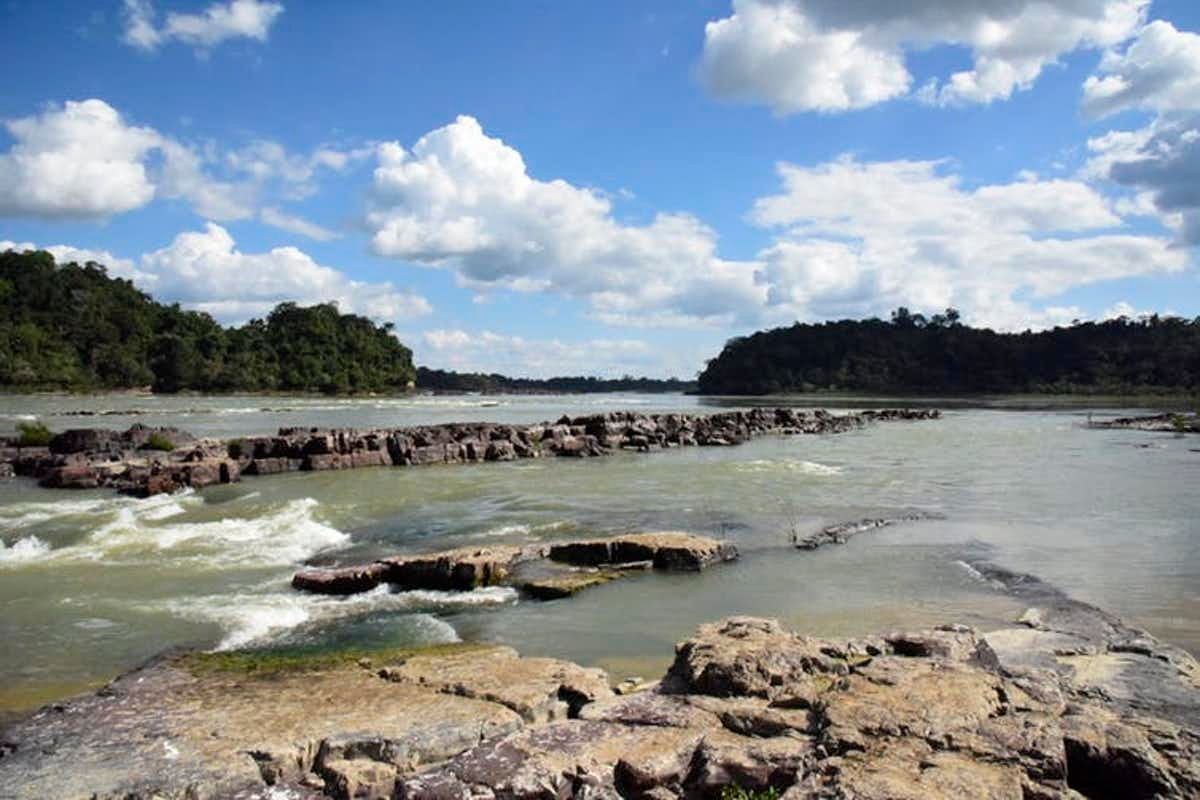 The Tapajos River, downstream from where a dam could be builtRobert T. Walker, CC BY-SA

At stake is what becomes of the region around the Tapajós River, one of the Amazon’s largest tributaries and home to about 14,000 Munduruku tribal people. The Munduruku have until now successfully slowed down and seemingly halted many efforts to turn the Tapajós into the “Mississippi of Brazil.”

The Tapajós River is the Amazon’s last undammed clearwater tributary. The basin that surrounds it is roughly equal to 15 percent of the Brazilian Amazon region and about the size of France. This remote area has a great deal of biodiversity, and its trees store large quantities of carbon.

Because the Amazon rainforest absorbs a lot of the carbon emitted through the burning of fossil fuels, climate scientists consider its preservation key to preventing an uptick in the pace of global warming. 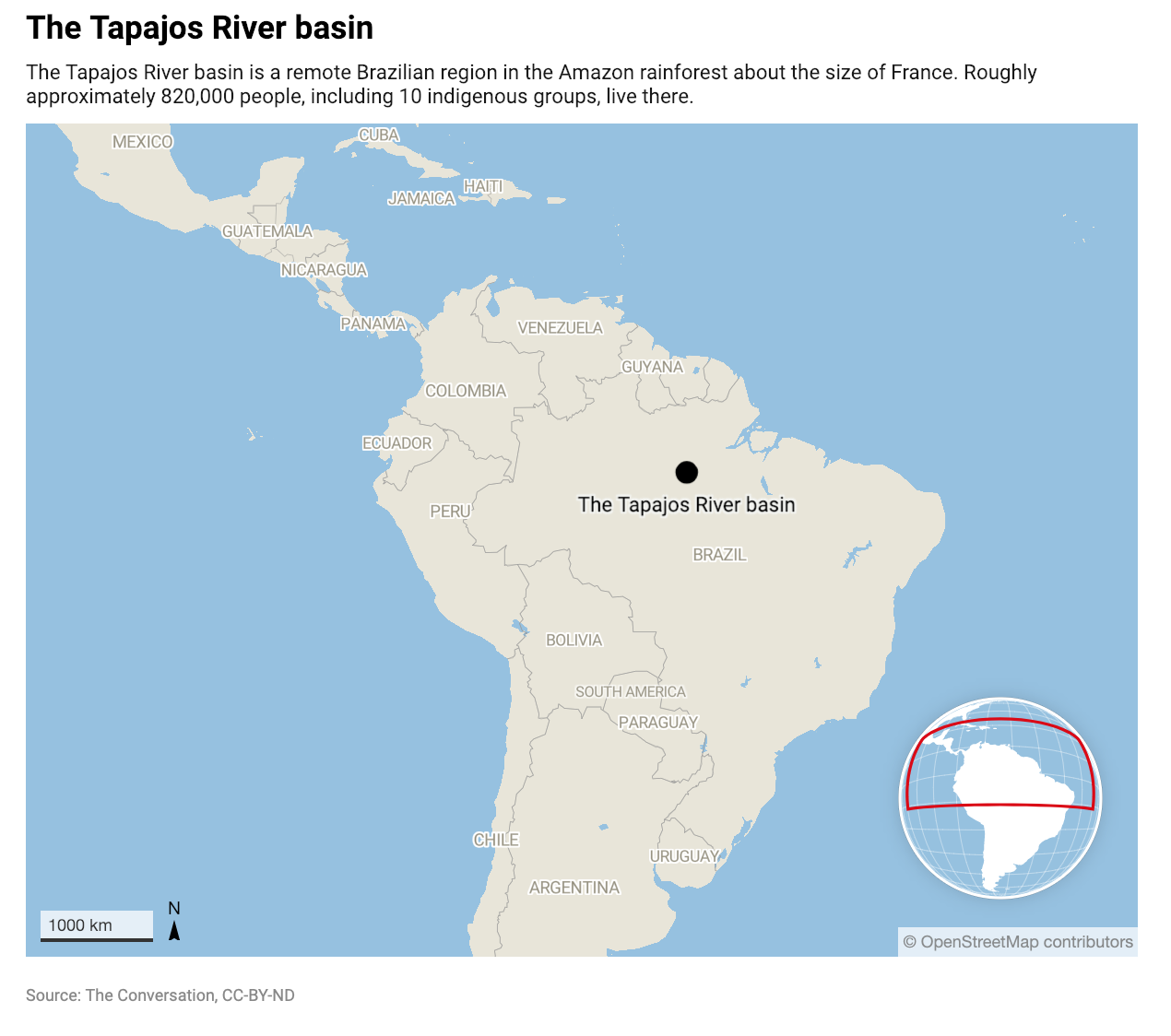 Brazil is planning to build a series of big new hydroelectric dams and webs of waterways, rail lines, ports and roads that can overcome logistical obstacles standing in the way of exporting commodities and other goods.

The government did suspend plans to build an 8,000-megawatt dam at the heart of this sprawling project in 2016. At the time, it cited the “unviability of the project given the indigenous component” and stated it would stop building big dams in 2018, before Bolsanaro took office.

Yet many observers remain very concerned about how Bolsonaro’s presidency will affect the Munduruku and the rainforest they protect. Groups like International Rivers—a nonprofit dedicated to the “protection of rivers and the rights of communities that depend on them”—are not about to declare victory.

Brazil’s Amazon development plans are part of a broader gambit that includes all the South American nations. First conceived in 2000, the Initiative for the Integration of the Regional Infrastructure of South America is designed to build a continental economy through new infrastructure that provides electricity for industrialization and facilitates trade and transportation.

Known widely by its Spanish and Portuguese abbreviations as IIRSA, this initiative is turning the Amazon, 60 percent of which is located on Brazilian territory, into a source of hydropower and a transportation hub connecting the Atlantic and Pacific oceans. It will become easier to ship Brazilian soybeans to global markets, and manufacturing will expand, stimulating population growth in the Amazon.

The blueprint for this bid to develop the Amazon, which also includes portions of Peru, Bolivia and six other countries, calls for building more than 600 dams, 12,400 miles of waterways, about 1.2 million miles of roads, a transcontinental railway and a system of ports, much of it in the tropical wilderness. 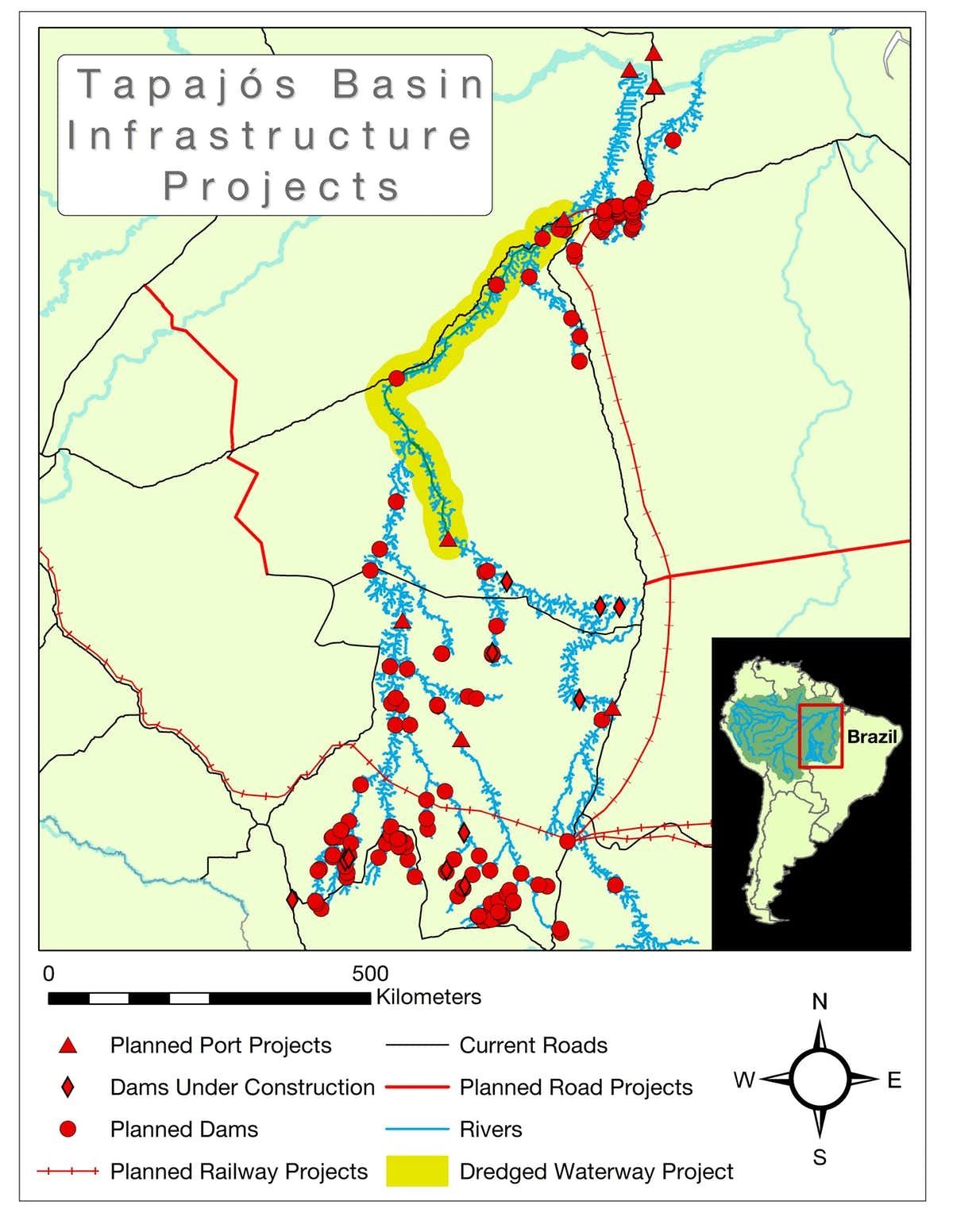 A complex of dams, roads and commercial waterways could turn the remote Tapajos River basin into a South American trading hub in the heart of the Amazon rainforest. Michael P. Waylen / University of Florida, CC BY-SA

Bolsonaro has not yet confronted the Munduruku or taken concrete actions to keep his promises about developing the Amazon. But he has taken steps that point in this direction with the officials he has selected for key posts. He has also transferred responsibilities for demarcating indigenous lands from the Ministry of Justice to the Ministry of Agriculture, which an agricultural lobbyist is running.

The new Brazilian president’s plans for the Amazon come on the heels of decades of deforestation following the construction of roads and hydropower facilities during the 1960s and 1970s. This initial wave of construction opened the sparsely populated region to an influx of newcomers, and contributed to the destruction of about a fifth of the forest over four decades.

Then came a wave of stronger environmental policies—such as the stricter enforcement of logging laws, the expansion of protected areas and the voluntary decision by soybean farmers to refrain from clearing the forest—which lowered Brazil’s Amazon deforestation rate after 2000. It seemed to me and others that a new era of Amazonian conservation had dawned.

But that was before I understood the full implications of the Initiative for the Integration of the Regional Infrastructure of South America.

This plan is far more ambitious than earlier infrastructure projects which were completed by the end of the 1970s, and I believe that it could wreak even more destruction.

Should all of its components be built, the new transportation and energy infrastructure would be likely to spark a new wave of deforestation that I fear could have disastrous impacts on the indigenous communities living in the region. The new projects need only to repeat what the earlier projects did. This would bring total deforestation to 40 percent.

Climate scientists such as Carlos Nobre worry that this magnitude of forest loss would push the Amazon to a “tipping point” and undermine the process of rainfall recycling, which replenishes the Amazon’s supply of water. The outcome would be a drier climate in the Amazon, which has already begun to experience droughts, and the transformation of the forest into savanna. Indigenous people would suffer, and the Amazon’s biodiversity would disappear.

A massive increase in the pace of Amazonian deforestation could bring about climatic changes in both South and North America. Scientists predict that precipitation would decline in many areas of the Americas, including the southeastern part of South America and the Mississippi River Valley. The whole world would suffer from reduced agricultural production in these two regions, which are important global suppliers of agricultural commodities like corn and soybeans.

The Conversation, CC-BY-NDNational Institute for Space Research of Brazil

To be sure, some of this construction is already underway in Brazil, particularly for hydropower. So far, 140 dams have either been built or are under construction, notably the Belo Monte Dam on the Xingu River and the Santo Antônio and Jirau dams on the Madeira Rivers. And Bolsonaro’s predecessors had downsized some of the Amazon’s protected areas to facilitate development.

These protected tracts of land cover 43 percent of the Brazilian Amazon and are essential to maintaining biodiversity and sequestering carbon.

When Bolsonaro addressed world leaders at the World Economic Forum in Davos, Switzerland for the first time, he promised to protect the environment in his country—which he called “a paradise.”

I remain skeptical, however, given that he seems to be staffing his government in preparation for construction projects that could devastate the Amazon, reducing its biodiversity and destroying its ecological and cultural treasures.