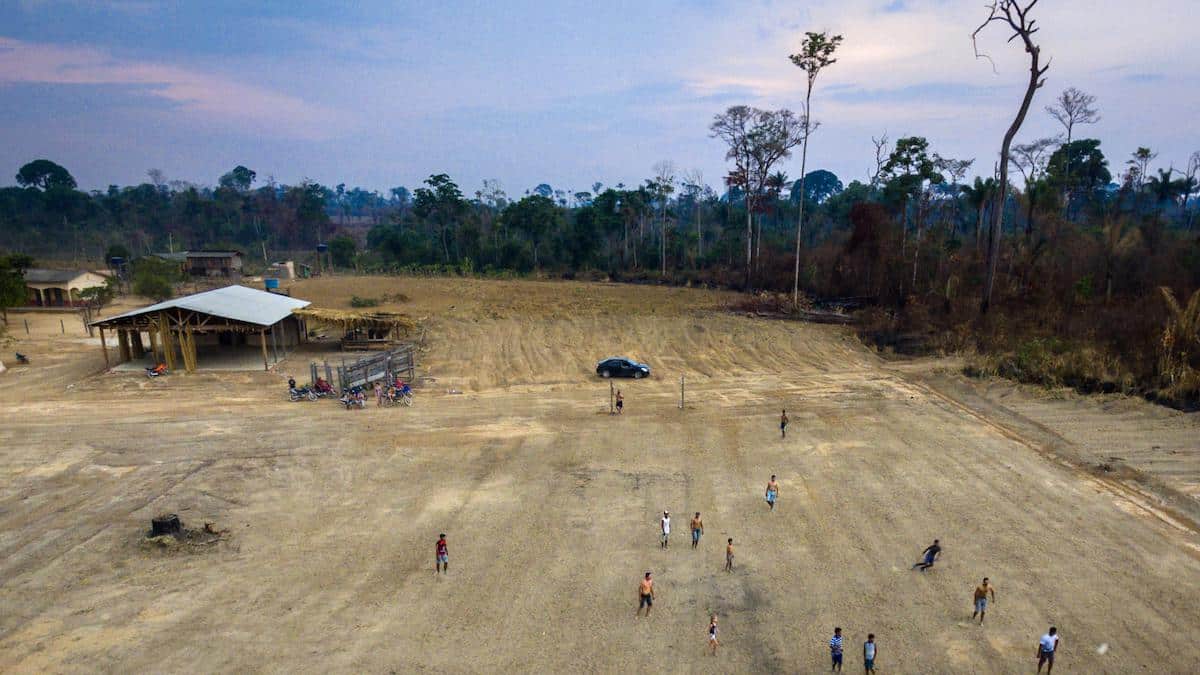 According to Brazil’s space agency (Inpe), deforestation in the Amazon rainforest has surged to its highest level since 2008, the BBC reported.

Despite Brazil previously setting a goal of slowing the pace of deforestation to 3,900 sq km annually by 2020, deforestation increased 9.5% from last year, and a total of 11,088 sq km (4,281 sq miles) of rainforest was destroyed from August 2019 to July 2020, according to the news report. That area is just smaller than the state of Connecticut, The New York Times noted.

Scientists blame part of this acceleration on far-right Brazilian President Jair Bolsonaro, who was elected on a pro-development promise and took office in Jan. 2019. Bolsonaro encourages agriculture and mining in the world’s largest rainforest and has actively introduced policies and bills that open up the forest to loggers, ranchers and mining operations. He has also cut critical funding for federal enforcement agencies that police farmers and loggers breaking environmental laws, the BBC reported.

Bolsonaro has simultaneously shunned outside influence from other countries, especially concerning the development of the Amazon. He has been accused of using the coronavirus shutdowns as a smokescreen to promote more deforestation and exploitation of forest resources. He has argued that he wants to develop the forest’s resources to lift the area out of poverty, The New York Times reported.

As a result, deforestation and forest fires have increased under Bolsonaro’s leadership. Fires are often used to clear vegetation from clear-cut areas of the forest to prepare them for illegal cattle-raising and agriculture, the report said.

Civil society groups and public prosecutors in Brazil filed lawsuits against the Bolsonaro government to stop deforestation, taking issue with the president’s reduction of inspections of exported timber and freezing of climate funds that help preserve the forests when other countries use these to offset their carbon emissions.

The trees in the Amazon are a vital component in the fight against the climate crisis because they absorb billions of tons of carbon dioxide from the atmosphere each year, The New York Times reported. As the Amazon is cut down, it is becoming a carbon source instead of one of the world’s largest carbon sinks. This will have dire consequences for global temperatures.

The rainforest is also home to roughly three million species of plants and animals and one million indigenous people, the BBC reported. As habitat is lost, many species could be driven to extinction before they are even discovered. Protected tribal lands serve as a buffer against deforestation, and indigenous tribes survey the land to protect the trees. Their way of life and actual lives are at risk as the forest is cut down.

Despite the total size of deforested land being at a 12-year high, at least one federal official highlighted the slowing percentage-of-growth figure (9.5%) as a sign of progress because it is far lower than the 34% increase seen in 2019, The New York Times reported.

“While we are not here to celebrate this, it does signify that the efforts we are making are beginning to bear fruit,” Vice President Hamilton Mourão said.

Environmentalists and scientists disagree and remain skeptical because Bolsonaro has asserted that “deforestation and fires will never end” because they are “cultural,” reported Axios.

“The [new] figures show that Bolsonaro’s plan worked, Brazilian non-governmental organization Climate Observatory said in a statement, Reuters reported. “They reflect the result of a successful initiative to annihilate the capacity of the Brazilian State and the inspection bodies to take care of our forests and fight crime in the Amazon.”