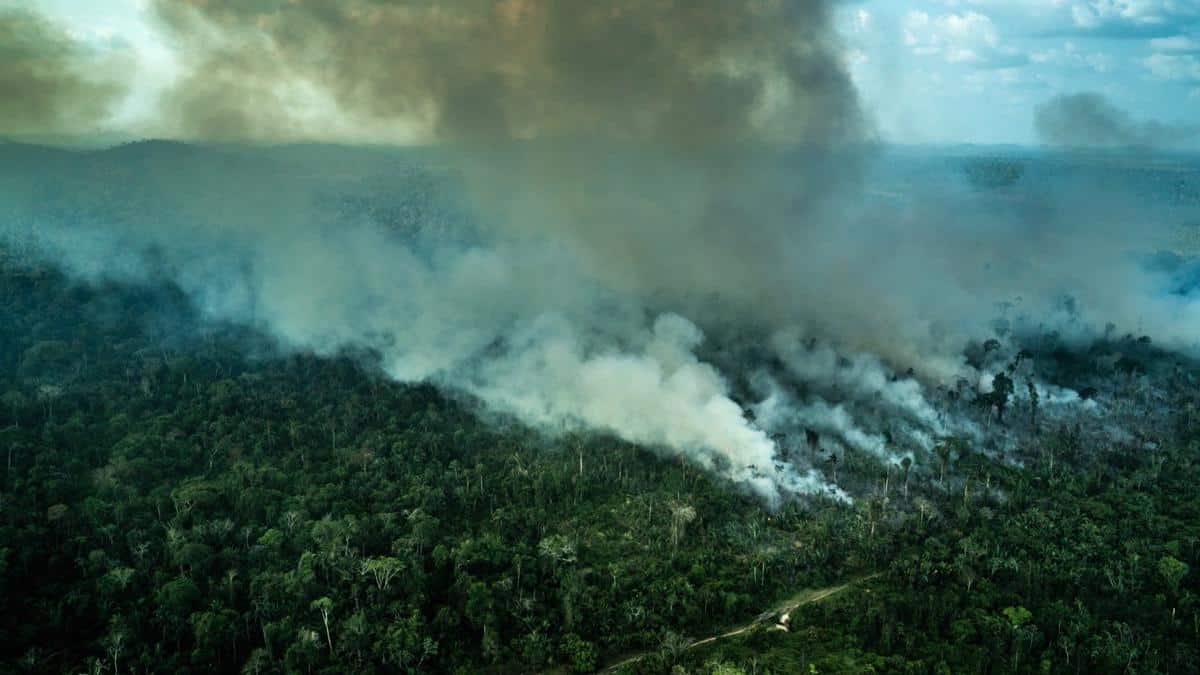 Deforestation in the Brazilian Amazon surged during the month of April, ending a streak of three consecutive months where forest clearing had been lower than the prior year. The rise in deforestation came despite a high-profile pledge from Brazilian President Jair Bolsonaro to rein in deforestation in Earth’s largest rainforest.

According to preliminary deforestation alert data released Friday by Brazil’s national space research institute INPE, deforestation in the Brazilian portion of the Amazon amounted to 581 square kilometers in April, a 43% increase over April 2020 and the highest April tally since 2018. 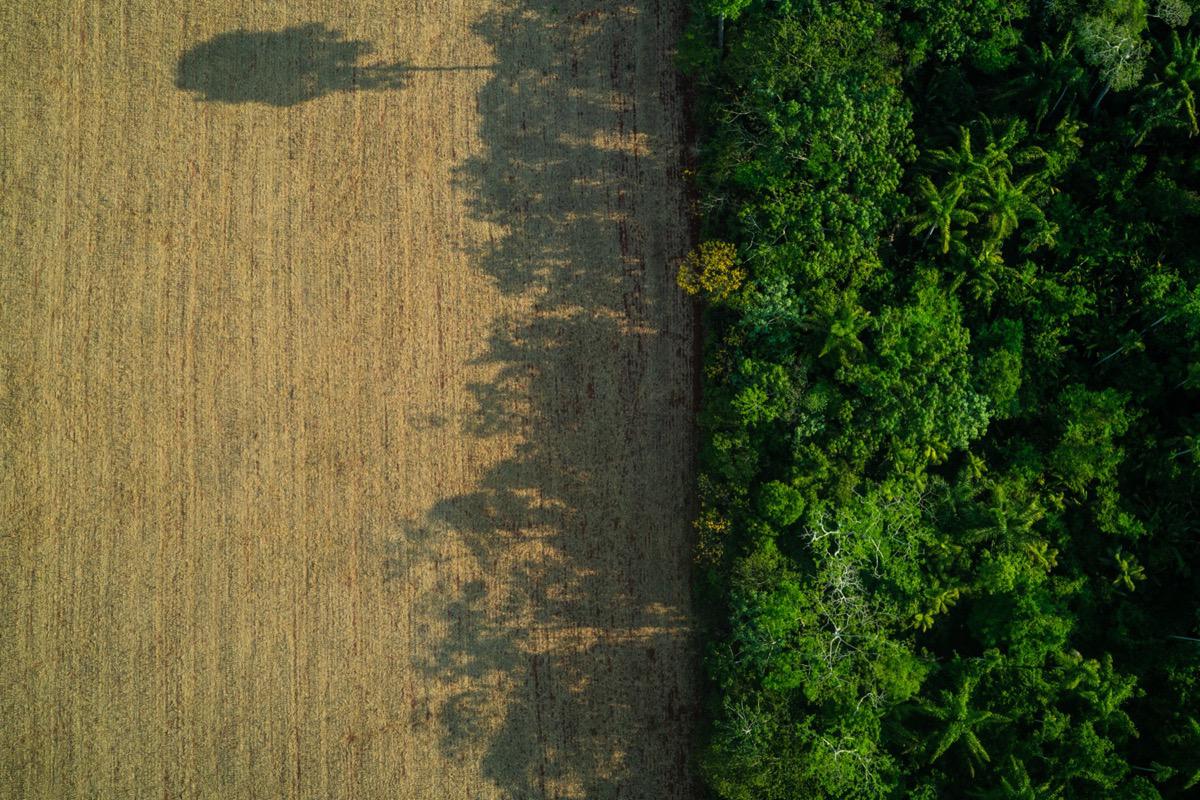 Soy field in the Rondônia, the Brazilian Amazon. Fabio Nascimento

However, by INPE’s count, deforestation is still pacing behind last year’s rate: When measured since the start of the “deforestation year” — which begins August 1 — 4,640 square kilometers of rainforest has been lost, a decline of 15% for the nine-month period.

But the trend reported by INPE is not matched by data from Imazon, a Brazilian organization that independently monitors deforestation. Imazon’s data shows eight straight months of rising deforestation: Through the end of March, Imazon puts forest loss as 33% above last year’s level. 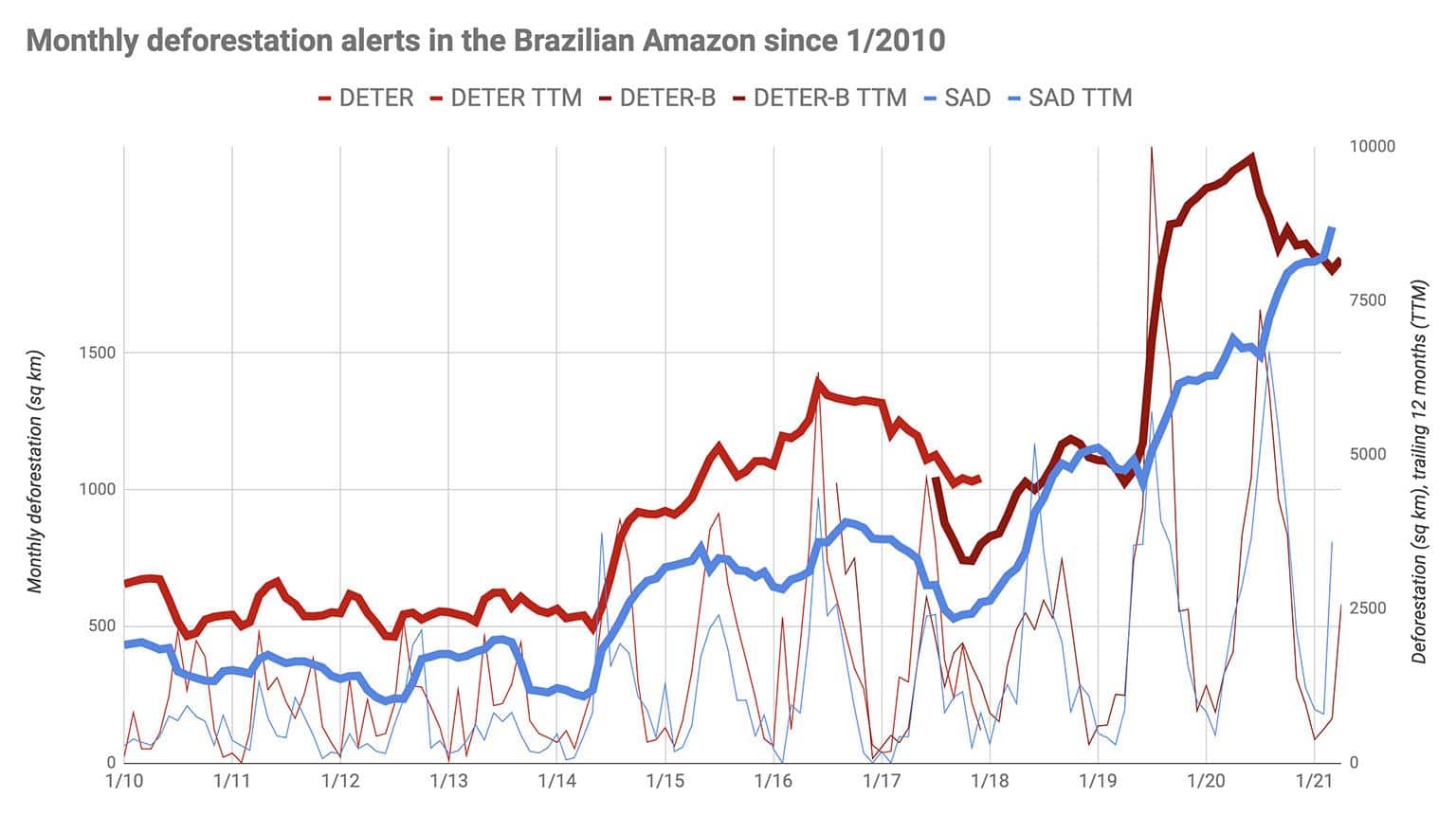 The discrepancies between the systems can generally be chalked up to the different methodologies they use. And both systems generate “preliminary data” which is used primarily for tracking where deforestation is occurring on a near-real-time basis, rather than comprehensively documenting forest loss.

The annual assessment, which uses higher resolution imagery and measures loss between August 1 and July 31, is considered the official baseline. Using that approach, deforestation for the 2019-2020 year amounted to 11,088 square kilometers, the highest on record since 2008.

Deforestation has accelerated sharply since Bolsonaro took office January 1, 2019. Based on deforestation alert data, forest clearing during his administration to date is about 98% higher than the same period of time under his predecessor, and 206% higher than Dilma Rousseff’s first 16 months in office. 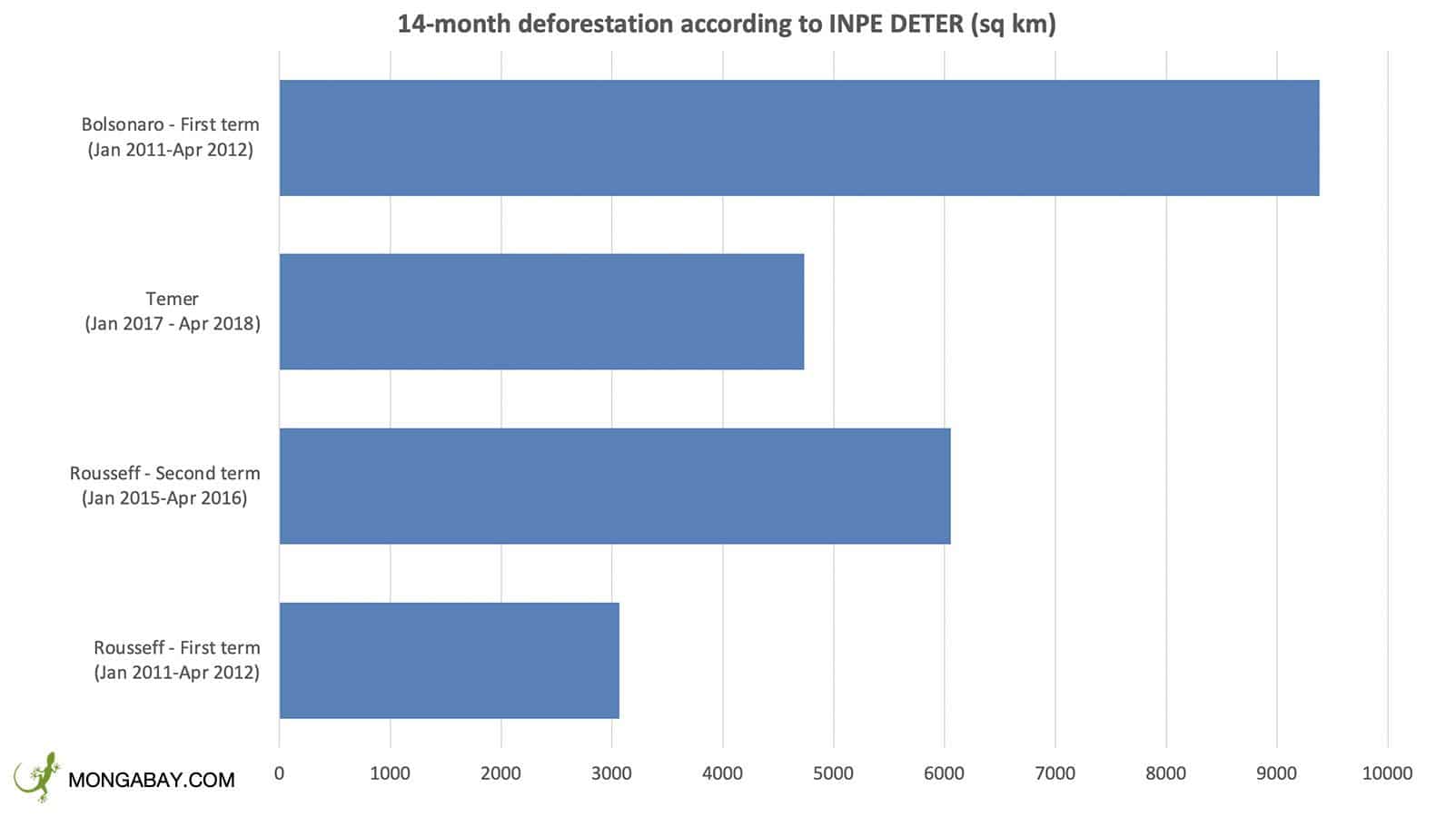