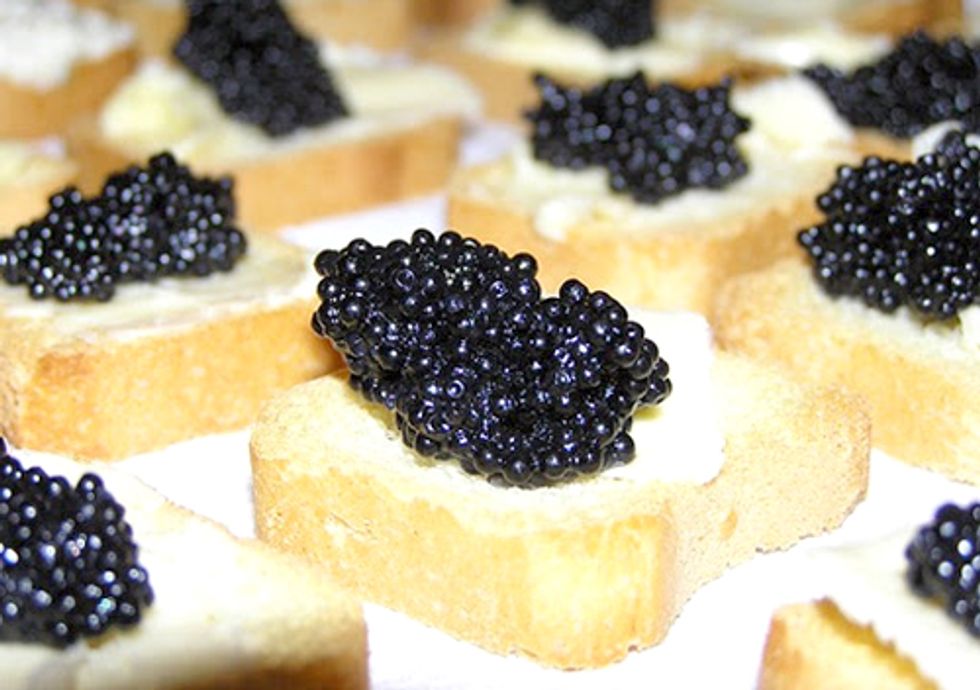 WildEarth Guardians and Friends of Animals this week requested that the CEO of Amazon.com, Jeff Bezos, halt the sale of caviar and other products derived from fifteen imperiled sturgeon species in his company’s online marketplace (Read the letter here).

The organizations recently petitioned the National Marine Fisheries Service to protect fifteen sturgeon species as “threatened” or “endangered” under the Endangered Species Act (ESA) that have suffered from severe human exploitation and loss of spawning habitat to dams and pollution. If they are listed as “endangered,” commerce in these fish will be unlawful for anyone subject to the jurisdiction of the U.S.

“The caviar trade is the primary threat to these species, and many people buy caviar online,” said Taylor Jones, endangered species advocate at WildEarth Guardians.

“Amazon.com has a record of environmental responsibility,” noted Jones. “We hope and expect it will extend to endangered sturgeon.”

Caviar (marketed by species name or as Kaluga, Osetra, Sevruga or Karaburun caviar) from some of the fifteen petitioned sturgeon species is currently sold through Amazon.com by a number of vendors. Many of these products are marketed as farm-raised or environmentally friendly. But sturgeon farming is replacing the planet’s natural populations of sturgeon with a commodified or captive population. Moreover, sturgeon farming makes it possible to illegally kill free-living sturgeon and pass the parts off as farm-raised. The sturgeon market also creates an incentive to catch free-living, mature fish as breeding stock.

Sturgeon are described by the International Union for Conservation of Nature (IUCN) as the most threatened group of animals on the IUCN Red List of Threatened Species. North American demand for caviar drives both legal and illegal trade, as shoppers’ demand far exceeds the supply. Trade in sturgeon caviar in Russia and Iran is ridden with crime. Some caviar traders circumvent the law by using false species labels, and the Convention on International Trade in Endangered Species of Wild Fauna and Flora (CITES) last year expressed pessimism about efforts to control caviar smuggling.

“The situation is bleak for sturgeon communities worldwide,” said Lee Hall, vice president of Legal Affairs for Friends of Animals. “Some experts suggest their only chance for survival might be in captivity. We find that future unacceptable.”

Petitioning organizations call on chefs, restaurateurs, retailers, airlines and the public to avoid products made from these fifteen sturgeon species, including caviar, sturgeon meat and isinglass, a substance obtained from swim bladders that is used as a specialty glue or in the production of some beers and wines.

(1) The olive-hued Acipenser naccarii (Adriatic sturgeon) once ranged throughout the Adriatic from Italy to Greece. Their numbers have declined from exploitation for their flesh. Currently only about 250 individuals remain in the wild population.

(2) Acipenser sturio (Baltic sturgeon) can grow to 16 feet in length. Fished aggressively for caviar, they have been reduced to a single reproductive population in the Garonne River in France.

The Caspian Sea, Black Sea, and Sea of Azov: the Heart of the Caviar Trade

(3) The olive-grey Acipenser gueldenstaedtii (Russian sturgeon; also known as Azov-Black Sea or Danube sturgeon) and (4) Acipenser nudiventris (Ship, Spiny, or Thorn sturgeon) have been commercially exploited and caught as by-catch, and are likely on the verge of extinction.

(5) Acipenser persicus (Persian sturgeon) are exploited for caviar and suffer habitat loss from dams and pollution.

(6) Populations of Acipenser stellatus (Star sturgeon) have been devastated by legal and illegal exploitation for meat and caviar. The Black Sea population is so depleted that commercial catch was halted in 2006.

Sturgeon of the Aral Sea and Tributaries

Sturgeon of the Amur River Basin, Sea of Japan, Yangtze River, and Sea of Okhotsk

(10) Acipenser mikadoi (Sakhalin sturgeon) can grow to 8 feet in length and were historically common in Japanese markets; now, only 10-30 spawning adults survive.

Increasing pollution from Russian and Chinese agriculture is threatening (11) Acipenser schrenckii (Amur sturgeon), which have declined an estimated 95 percent.

Also native to China and Russia, (12) Huso dauricus (Kaluga or Great Siberian sturgeon) are among the world’s largest freshwater fishes, exceeding 18 feet in length and one ton in weight. They are heavily poached for caviar.

(13) Acipenser baerii (Siberian sturgeon) are fished for caviar and have lost nearly half their spawning habitat from dam construction.

(14) Acipenser dabryanus, (Yangtze sturgeon) may only survive due to stocking, and there is no evidence that stocked animals are reproducing naturally.