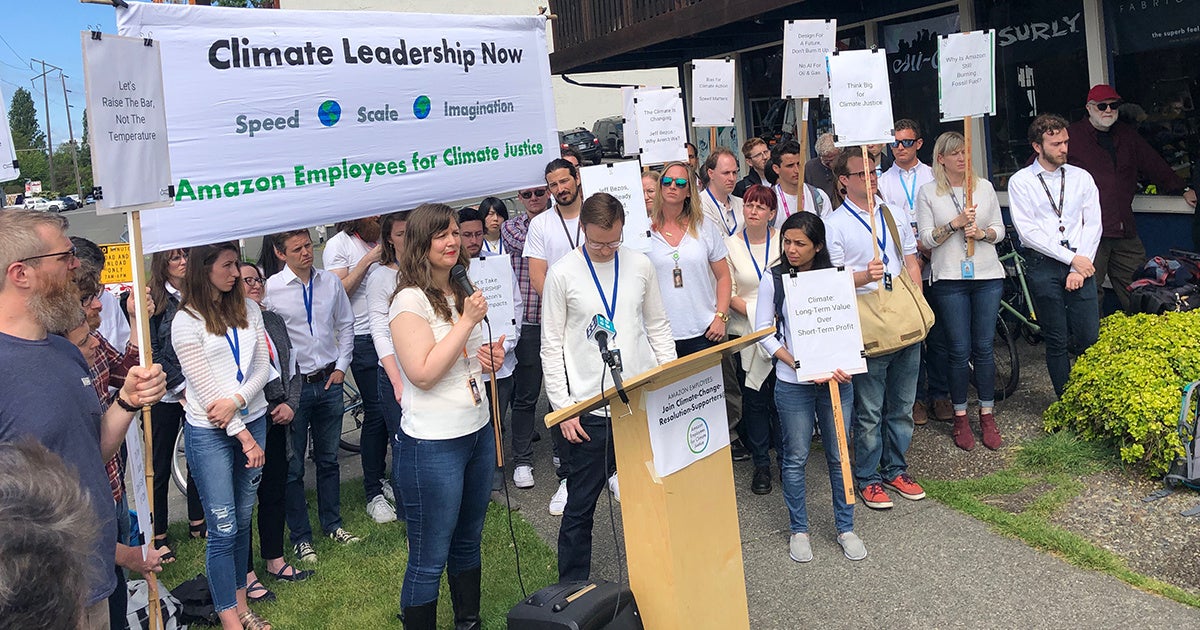 The employee-filed resolution asked the company to develop a public plan for responding to extreme weather events and weaning itself off of fossil fuels. It was publicly backed by more than 7,600 employees, who signed their names to an open letter, a novel tactic for tech employee activism, The New York Times said.

Amazon Employees for Climate Justice, the group that grew out of the resolution, said in a press release they will file another if the company’s board doesn’t increase its climate commitments.

“The enthusiasm is overwhelming,” Amazon employee Rebecca Sheppard, who works in air cargo operations, told the Los Angeles Times. “We’ll be back.”

Ahead of the vote, the resolution had won the support of two of the largest proxy advisory firms in the U.S. — Glass Lewis and Institutional Shareholder Services (ISS). Glass Lewis said that Amazon was less transparent about its sustainability plans than similar companies, The New York Times said. However, the Amazon Board formally opposed the resolution, meaning it faced an uphill battle to gain the 50 percent of support it would have needed to pass, according to the employee press release. Amazon will release the final vote tallies Friday, the company told the Los Angeles Times.

During the meeting, tensions rose as the resolution was introduced. User experience designer Emily Cunningham addressed Amazon CEO Jeff Bezos directly, asking him to come on stage and speak to employees about the resolution. He refused to engage, the employee press release said.

“We have the talent, the passion, the imagination. We have the scale, speed, and resources. Jeff, all we need is your leadership,” Cunningham said during her speech.

Around 50 people stood up in support after Cunningham introduced the resolution, CNBC reported.

When Bezos did appear later in the meeting to take questions, he was asked about what the company was doing on climate. He said it was “hard to find an issue more important than climate change.” Amazon’s global sustainability head Kara Hurst said the company would share its carbon footprint later in the year, CNBC reported.

Two months after the employees filed their resolution in December of 2018, Amazon announced Shipment Zero, a plan to have 50 percent of shipping emit net zero carbon by 2030. Amazon Employees for Climate Justice said the measure did not go far enough, but also said it was proof their activism had made a difference.

“In six months, we’ve won changes including Shipment Zero and a commitment to share our company’s carbon footprint, but we know these half-steps are not nearly enough to address the scale of our company’s contributions toward the climate crisis,” Software development engineer Jamie Kowalski, who co-filed the resolution, said in the press release. “Amazon has the scale and resources to spark the world’s imagination and lead the way on addressing the climate crisis. What we’re missing is leadership from the very top of the company.”

Amazon voted down 12 resolutions in total Wednesday, including two that sought to stop the company from selling facial recognition software to government agencies over concerns it would enable racial discrimination and human rights abuses, CNBC reported.

Amazon has never passed a shareholder resolution, The New York Times said, but failed resolutions have still sparked change. The board originally opposed a resolution calling for it to consider more diverse candidates last year, but eventually adopted it after public pressure and added two women of color to its previously all-white membership.