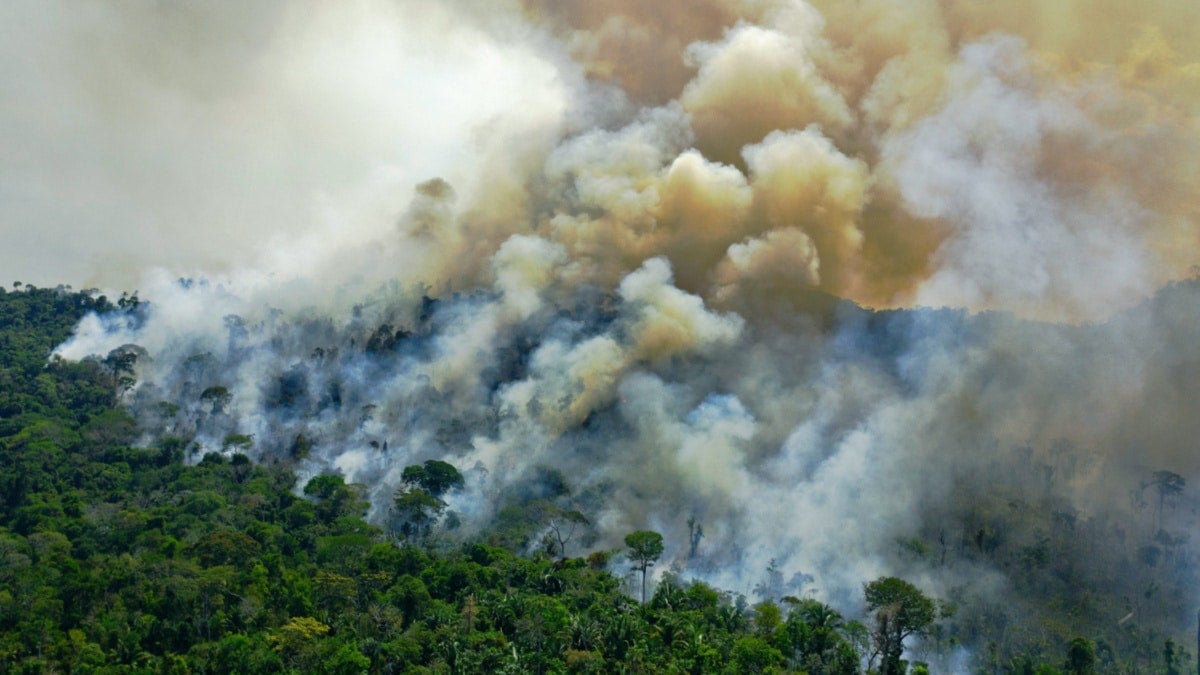 A month after Brazilian President Jair Bolsonaro declared a 120-day ban on setting fires in the Amazon rainforest and three months after he deployed military troops to combat deforestation, Greenpeace on Tuesday called out the far-right leader for his ineffective strategies and attacks on environmental protections.

“Bolsonaro’s administration has continued to systematically dismantle environmental protection and has undermined the work of environmental law enforcement agencies,” Cristiane Mazzetti, an Amazon campaigner for Greenpeace Brazil, said in a statement. “Bolsonaro’s supposed fire ban has already been undermined by Bolsonaro himself. Sending troops to the Amazon is just a PR stunt and a waste of resources.”

The Brazilian president, who took office in January 2019, has long been criticized within and beyond his country’s borders for targeting the environment and Indigenous people, and for his attempts to open up the Amazon to more economic development. Fires in the Amazon are often set to illegally clear land for farming, ranching, and mining.

“And it’s still early—August is generally considered to be the start of the fire season, which typically hits during drier months,” German broadcaster Deutsche Welle reported Tuesday. “More than 10,000 fires were recorded in the first 10 days of this month, up 17% from the same period last year, according to INPE.”

This is what the fires in the Amazon look like right now. Meanwhile, Bolsonaro continues to look the other way and say nothing is happening. Losing the Amazon means losing the fight against the climate crisis and we cannot allow that to happen. pic.twitter.com/1HIhSYWa3J

Greenpeace’s Romulo Batista said in response to the INPE data in early August that “more than 1,000 fires in a single day is a 15-year record and shows the government’s strategy of media-spectacle operations is not working on the ground.”

Brazil is home to about 60% of the Amazon, which spans nine nations in South America. All of those countries, but especially Brazil, face pressure from world leaders to protect the biodiverse rainforest because it traps a massive amount of carbon dioxide, helping the international community battle human-caused global heating.

“INPE data indicate that Brazil has failed to comply with its climate change law, whose goal for 2020 was to limit deforestation in the Amazon to a maximum of 3,925 [square kilometers],” Marcio Astrini, executive secretary of the Brazilian advocacy group Climate Observatory, said in a statement earlier this month.

“This also diverts us from the Paris agreement route, which will create a series of trade difficulties for Brazil in the critical period of economic recovery expected for the post-pandemic period,” Astrini added. “Crime took over the Amazon, encouraged by the Bolsonaro administration itself.”

Brenda Brito, associate researcher at the Brazilian nonprofit Imazon, warned that “it will be difficult to contain deforestation if the government continues with its intention to change land legislation and legalize deforested and illegally invaded areas. Land grabbing is a vector of deforestation, which is encouraged with the expectation of amnesty and legalization.

Bolsonaro disputed the fire data from his own government in an August 11 speech to South American leaders, saying that “tropical rainforest doesn’t catch fire. So this story that the Amazon is burning is a lie, and we have to fight it with real numbers.”

Man-made fires in the Amazon were caught on video by @Reuters as they were lit, the same day Brazilian President Jair Bolsonaro blasted a surge in fires as ‘lies’ https://t.co/xRqNRFsnoW pic.twitter.com/d1o2wr0C2W

Bolsonaro challenged the leaders to fly over the rainforest from Boa Vista to Manaus, a distance of some 750 kilometers (460 miles), and see for themselves. “They won’t find any spot of fire, nor a quarter of a hectare deforested,” he said.

While these forests may still appear untouched when viewed from above, the green landscape seen from a plane or satellite can be deceptive. A typical wildfire burning through the understory—the vegetation growing beneath the forest’s main canopy—of a virgin rainforest can wipe out small shrubs, plants and between 40 to 50% of all trees.

“A considerable part of the Amazon forest has been consecutively degraded, and it’s invisible to our eyes,” said Ane Alencar, director of science at the Amazon Environmental Research Institute (IPAM), a Brazilian non-governmental organization. “In fact, the quality of these forests has been degraded due to these forest fires.”

Although not all the damage is visible from the sky, many of the fires are. In addition to its Tuesday statement condemning Bolsonaro’s tactics, Greenpeace released photos of fires from a flyover of Amazonas and Rondônia states on August 16.

“Brazil has shown, in the past, that it is possible, with proper policies and enforcement, such as the demarcation of Indigenous peoples’ lands, to decrease deforestation and fires substantially,” said Mazzetti. “It is a matter of political will.”

“Instead of combating criminal behavior and protecting Indigenous forest guardians already hit hard by Covid-19,” she added, “this government continues to reduce environmental protection and ally itself with those who want to destroy the forest.”