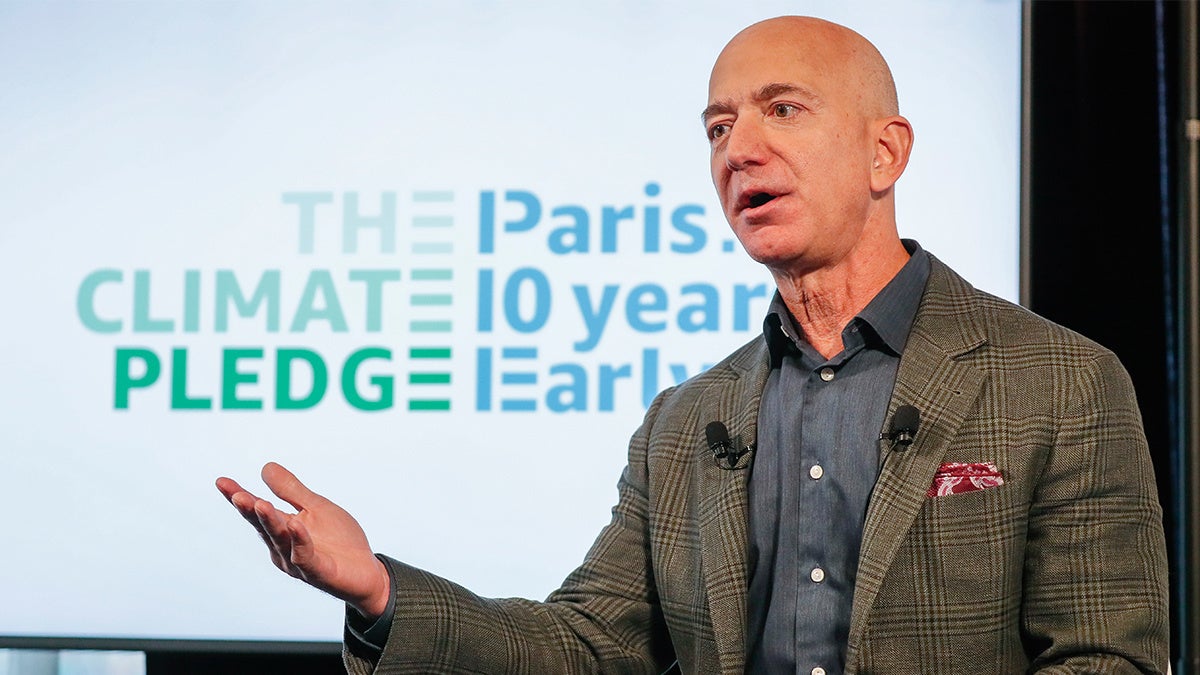 The day before over 1,500 Amazon.com employees planned a walkout to participate in today’s global climate strike, CEO Jeff Bezos unveiled a sweeping plan for the retail and media giant to be carbon neutral by 2040, 10 years ahead of the Paris agreement schedule.

“Amazon is as complex as many companies combined,” said Dara O’Rourke, a senior principal scientist on Amazon’s sustainability team, as CNBC reported. “That forced us to build one of the most sophisticated carbon accounting systems in the world. We had to build a system that had the granular data, but at an Amazon scale.”

The company will also purchase 100,000 electric delivery vans from manufacturer Rivian. It also plans for 80 percent of its energy use to come from renewable sources in five years and transition to net zero emissions by 2030, according to CNBC.

“We’re done being in the middle of the herd on this issue — we’ve decided to use our size and scale to make a difference,” said Bezos, in a statement, as TechCrunch reported. “If a company with as much physical infrastructure as Amazon — which delivers more than 10 billion items a year — can meet the Paris Agreement 10 years early, then any company can.”

The announcement addresses one of the concerns of the employees who planned to walk out today. The walkout participants have three demands: the company has zero emissions by 2030, that it stop donating to the campaigns of politicians who deny the climate crisis is real and that it stop providing custom cloud-computing services that facilitate oil and gas extraction, as The New York Times reported.

While Amazon attempts to make itself a leader in transitioning to net-zero emissions, Bezos refused to give into his employees’ demand, considering the enormous profits the company makes from its cloud-computing services, especially off of oil and gas companies. After all, in 2018, Amazon’s web services grew 47 percent and accounted for the bulk of the company’s profits, according to ZDNet.

He also said the company would look at where its campaign donations were going, but he refused to say that it would stop supporting climate crisis deniers. He also refused to support the Green New Deal.

“There are lot of different ideas for what the Green New Deal is and it’s probably too broad to say too much about that in particular,” he said, as The New York Times reported.

Amazon also announced a 0 million donation to The Nature Conservancy to form the Right Now Climate Fund. The fund will work to restore and protect forests and wetlands as a way to remove carbon from the atmosphere, as CNBC reported.