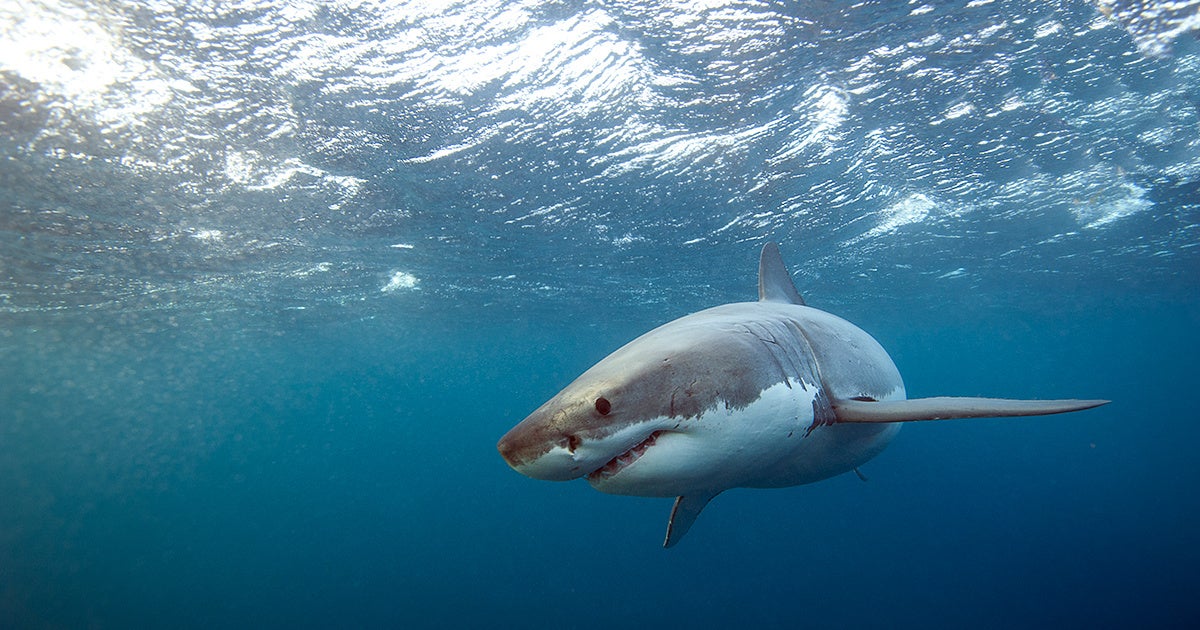 It’s shark week, that seven day period every summer when our television screens swim with stories of one of the ocean‘s most fascinating residents. But sharks make headlines all year round. Here are some of the coolest shark stories EcoWatch has come across this summer.

1. Be Careful What You Fish For

Fishers off Cape Cod, Massachusetts had some fierce competition Saturday, July 20 when a great white shark jumped out of the water and bit a bass they had caught off their line, The Cape Cod Times reported.

The incident comes as great white numbers are up around Cape Cod as successful conservation efforts have increased the seal population in the area.

“Good reminder that they don’t just eat seals and always be cautious when retrieving your catch,” the @MA_Sharks Twitter account wrote of the incident.

The video of the encounter was tweeted by the Atlantic White Shark Conservancy.

Great white sharks have increased their numbers in Cape Cod in recent years. But they have also made a surprising home on the other side of the country.

Some juvenile specimen of the ocean’s largest predatory fish have been spending more time in California’s Monterey Bay, The Guardian reported Friday. Usually, the young sharks are found in the waters off Southern California, near Mexico, but they have begun to move further north in recent years, leading to more sightings in Monterey Bay starting in 2014.

Scientists think the climate crisis might be behind the move, prompting the sharks to move north as water temperatures warm.

“White sharks are endotherms — they have a warmer internal temperature, which makes them more like mammals than fish,” Monterey Bay Aquarium senior research scientist Sal Jorgensen told The Guardian. “Especially when they’re first born, they have to stay in a Goldilocks temperature range that’s not too hot and not too cold.”

The sharks have drawn the attention of local residents, who have dubbed their favorite stretch of coast “Shark Park,” Specialized Helicopters pilot Chris Gularte told KPIX 5 when he flew reporters over the Bay on Tuesday July 16. You can watch a video of the trip here:

Not all sharks are large predators. Scientists discovered a new species of shark in the Gulf of Mexico that is only five-and-a-half inches long.

The American Pocket Shark (Mollisquama mississippiensis) was first captured in the Gulf in 2010 and identified as a new species in a recent Zootaxa article, Tulane University reported. The only other pocket shark was found in the Eastern Pacific in 1979, and scientists confirmed the two were different species.

“In the history of fisheries science, only two pocket sharks have ever been captured or reported,” study author Mark Grace of the National Marine Fisheries Service Mississippi Laboratories of the National Oceanic and Atmospheric Administration said in the press release. “Both are separate species, each from separate oceans. Both are exceedingly rare.”

The pocket sharks have small pockets that secrete a glowing liquid, allowing them to glow in the dark and attract prey, People Magazine reported.

Researchers had an incredible encounter with another rare shark in the Gulf of Mexico this summer.

Shark expert Gavin Naylor of the Florida Museum of Natural History was on a submarine dive to tag the bluntnose sixgill, a shark species older than most dinosaurs, when one of the ancient animals swam up to his vessel.

That particular fish was too close to tag, but the researchers managed to tag another one, marking the first time scientists have tagged an animal from a submarine. The bluntnose sixgill is the world’s oldest shark species and swims 2,500 to 3,500 feet below the ocean. Previous attempts to tag them by bringing them to the surface had caused the sharks to act strangely. This deep sea tag should help researchers better understand their behavior.