Alliance for Food Sovereignty in Africa Launches at COP17 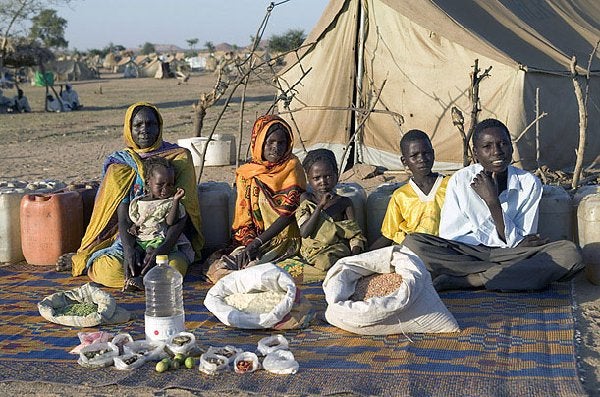 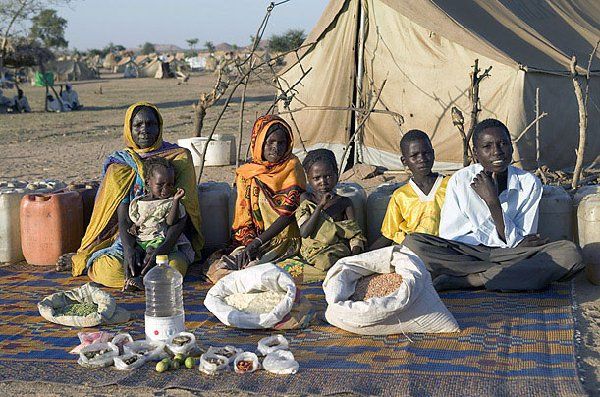 African farmer and civil society groups in Africa are celebrating the launch of a “network of African networks” at the 17th Conference of the Parties (COP17) called the Alliance for Food Sovereignty in Africa (AFSA). They have released a report emphasizing that food sovereignty can cool the planet while feeding the world and regenerating ecosystems.

“There are so many challenges facing our continent,” says Anne Maina of the African Biodiversity Network (ABN), one of AFSA’s member networks. “As 14 Pan-African networks representing a huge constituency in Anglophone, Francophone and Lusophone Africa, we are in agreement that food sovereignty must be a way forward to ensure resilient food systems and ecosystems in the face of climate change and destructive development.”

“Food sovereignty is an approach to agriculture that is radical, but it is self-evident too. It holds the interests of small-scale food producers, their communities and ecosystems, as critical to strengthening resilient food systems. For too long, food policy has focused on yield at any cost—and undermined the very systems and people on which food production depends. Food sovereignty is a powerful concept and framework that is clear about embracing solutions, and challenging the threats,” said Million Belay of Melca Mahiber, an Ethiopian member of ABN.

Officially launched Dec .4, AFSA began amid joyful singing from African women farmers, but also among sobering facts about the multiple threats from climate change and false solutions such as the Bill Gates-funded Alliance for a Green Revolution in Africa, genetically modified organisms, biofuel, land grabbing and carbon trading, and inspiring discussions about agroecological solutions for food, farmers and biodiversity.

“The Alliance for Food Sovereignty is working to promote agroecology as a solution to climate change, feeding people, biodiversity, livelihoods and healing the soils. It is about using and conserving the resources that are freely available to communities. These are appropriate for our economies, and our small scale farmers, who don’t need the expensive chemical inputs that are being pushed on us,” said Agnes Yawe of Participatory Ecological Land Use Management, a network with members in 10 countries.

Mphatheleni Makaulule, indigenous community leader from Mupo Foundation in Venda in the North of South Africa, and a member of ABN, emphasizes the importance of indigenous wisdom, and how her community sees the challenge of climate change and harmful development. “We cannot have health in a sick climate. In our territories, the soil, water and indigenous forest is already in disorder, and that affects the ecosystem. The indigenous seeds from the indigenous knowledge are our hope to adapt with this climate change, and this is why we want food sovereignty.

“Our lands and community in Venda are now faced with being destroyed by a huge open cast coal mine. This will finish our last remaining water, and kill our last indigenous trees and sacred sites. But these are the richest ecosystems, and they bring the rain. This mining is going to make climate change worse. We cannot guarantee the future if this mining continues. The coming generation will realize that money cannot be breathed or chewed.”

Simon Mwamba of the East African Farmers’ Federation adds, “The COP17 negotiations should not be used to advance the push for the green revolution in Africa, which traps farmers into cycles of debt and poverty. The green revolution will just enhance the corporate grip over agriculture and farmers, thereby threatening food sovereignty. Such practices force smallholder farmers to be dependent on agrochemicals, while eroding the seed diversity that Africa needs for resilience to climate change and a food secure future. Genetically Modified (GM) crops will be even worse ”

Mamadou Goita of Network of Farmers’ and Agricultural Producers’ Organizations of West Africa (ROPPA), the farmers’ federation for West Africa, emphasized that the threats facing Africa are numerous. “Land grabbing for biofuels and industrial food export is one of the biggest weapons to kill food sovereignty and excluding family farmers from food production.”

For a short video about the Dec. 4 launch of AFSA in Durban, South Africa at the COP17 meeting, click here.