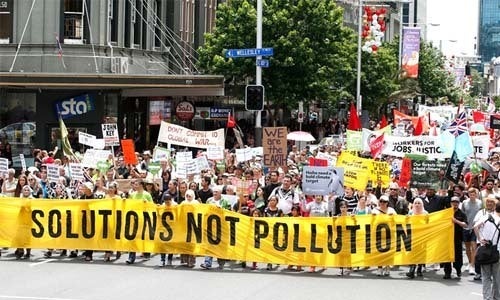 So here we are in 2016! Whether you’re an aspiring political pundit following the campaign trail, an Olympics fan ready to wave your flag or a Downton Abbey devotee waiting to see what the final season brings, 2016 is bound to be a roller coaster.

For me, there’s no question that a big year lies ahead and I’d love to give you a sneak preview of some of the issues I plan to focus on in the next year. I hope you feel as energized by this work as I do, because we’re going to need all hands on deck! 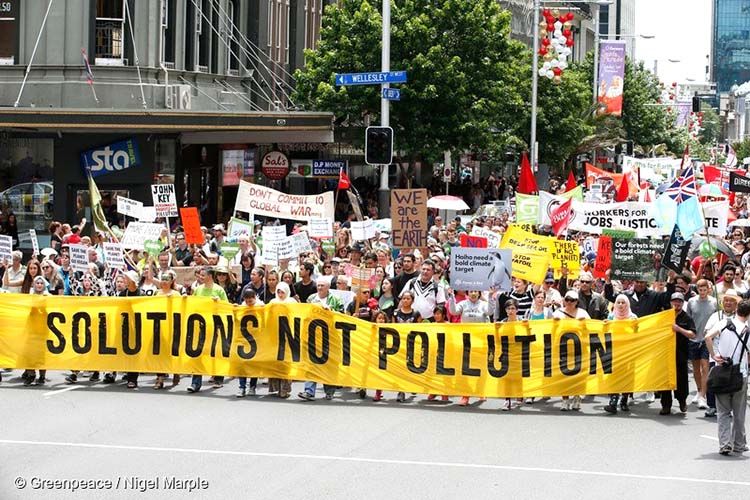 President Obama has just 12 months left in the White House. It’s been refreshing to have a president that walks the walk by rejecting the Keystone XL pipeline on climate grounds, by establishing the Clean Power Plan and by stopping Arctic drilling for the immediate future. But our planet is still warming and fossil fuel companies are still lining their pockets while pumping out pollution. We don’t have time to just wait and see what our next president does.

We need to keep fossil fuels in the ground, now and for good.

What does that mean in practice? Well, we got Shell out of the Arctic but that doesn’t stop oil companies eyeing the Atlantic and the Gulf for their disastrous drilling plans. We need to make these off limits. The Powder River Basin in Wyoming and Montana holds some of North America’s largest coal deposits—coal that actually belongs to the American people—and is being leased to mining companies for a fraction of what it’s worth. This crazy coal giveaway incentivizes more mining. One Interior Department proposal said it expected to lease more than 10 billion tons of this coal in the coming years, which would unlock nearly 17 billion tons of carbon pollution—astonishing.

Before he leaves office, there’s a number of significant moves President Obama can take to stop life-threatening oil and coal from ever seeing the light of day. Watch this space in the coming months for ways that you can help make that happen.

Getting Dirty Money Out of U.S. Politics

For too long, polluters have had a completely unwarranted influence over the politics of our country, bought by their dirty dollars. Just look at Koch Industries and the Koch family, who spend millions on lobbyists to fight climate and energy legislation, millions more on politicians and still more millions on organizations denying climate change science.

This election season, I want to see political candidates actively uphold a people-powered democracy by publicly refusing fossil fuel money and supporting voter’s rights. We’ll be working with partners from the Democracy Initiative to get money out and people into our democracy and there’ll be lots for you to do to take part.

But it feels like the movement is getting more dedicated and diverse every day. If you’re still mulling over some New Year’s resolutions, why not take a few minutes to reflect on how you’d like to show up for the movement this year?

There’s plenty of folks on our Greenwire platform that would be keen to brainstorm with you.