What to Know About CBG Oils and Where to Buy Them 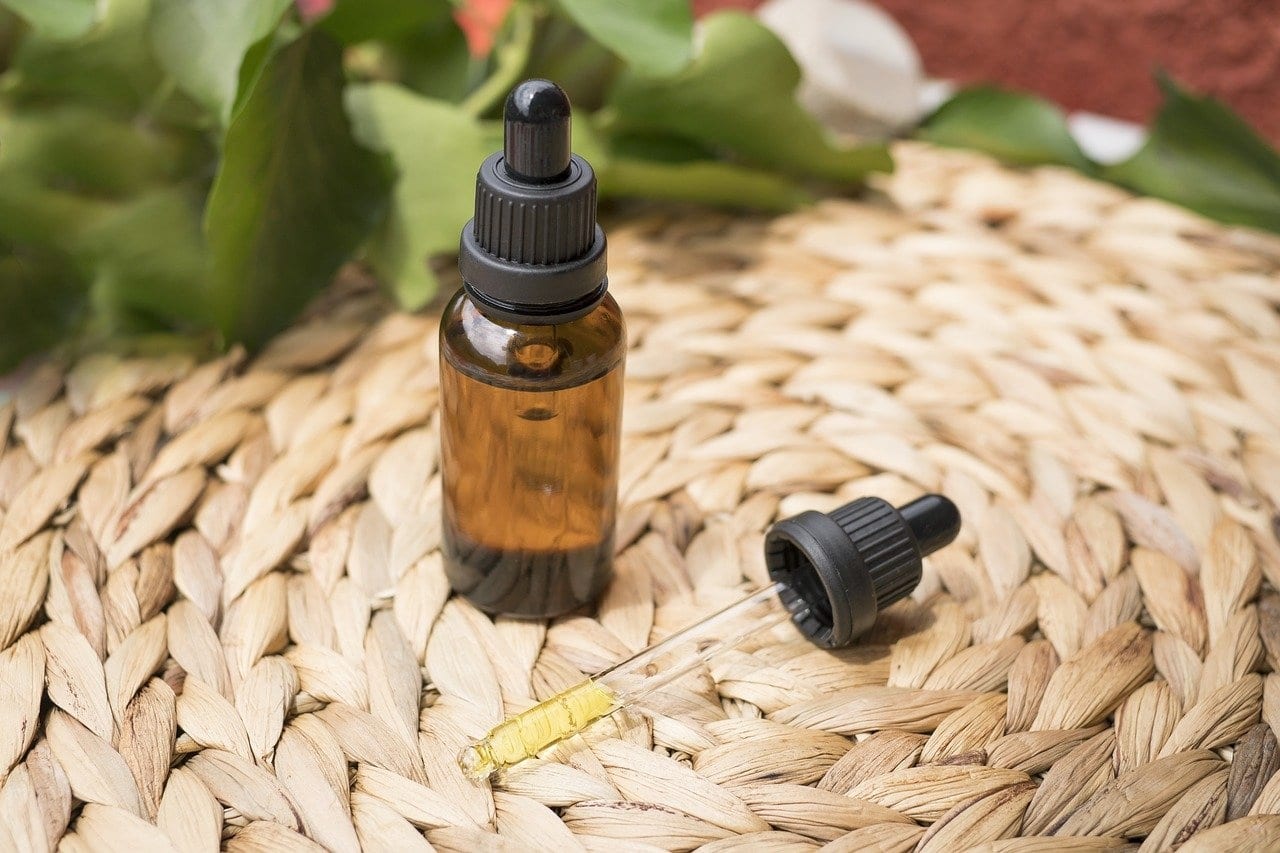 We’ve all seen the CBD oil craze that’s taken off over the past few years, but what about other cannabinoids like CBG? Cannabis plants contain over 100 cannabinoids, and CBD (cannabidiol) is only one of them.

CBG (cannabigerol) is another, and this compound is starting to get a little more notoriety for its own set of wellness benefits, some of which are different than CBD. What is CBG and what are the best CBG oil products?

Our Picks for the Best CBG Oils

Each product featured here has been independently selected by the writer. If you make a purchase using the links included, we may earn commission.

While CBG is quickly on the rise, there aren’t nearly as many CBG oils as there are CBD products on the market. However, we did some digging to find the best hemp oils on the market that contain high levels of both CBD and CBG so you can reap the benefits of both of these compounds. To determine which products were the best, our team personally tried several CBG oils, read hundreds of customer reviews, and considered lab testing and hemp source as a part of our review process, and determined the top three CBG oils and products, listed below. 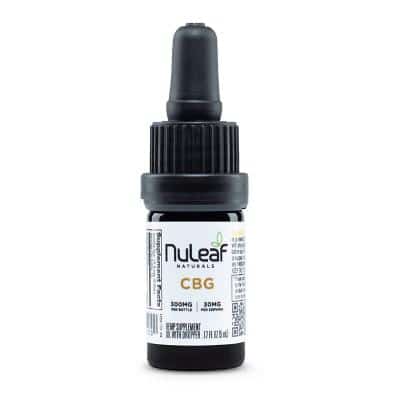 NuLeaf Naturals CBG is a full spectrum oil with a natural flavor. The product comes in three strengths, each containing about 30 mg of CBG per serving.

Why buy: They source their CBG from organically grown U.S.A. industrial hemp, and combine it with an organic virgin hemp seed carrier oil. All of their products are also tested by independent third-party labs to ensure purity and quality. 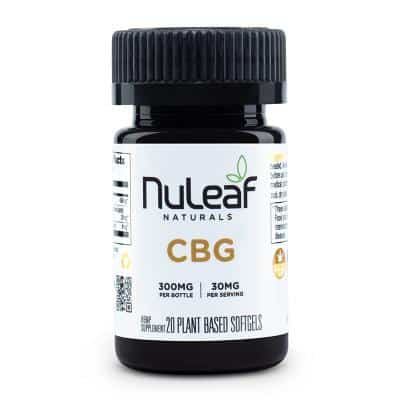 If you want to avoid the natural taste of a hemp extract, NuLeaf Naturals CBG capsules may be right for you. With 30 mg of CBG per serving, these capsules are strong, but may take some time to take effect as your body processes the pill. 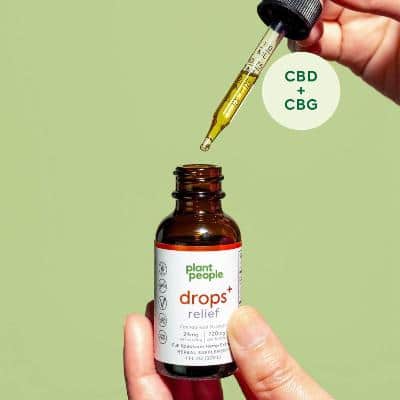 As an alternative to NuLeaf Naturals, we recommend Plant People Relief Drops. This is another great, full spectrum brand that is a certified B Corp. This oil contains both CBD and CBG, and is designed to help support your body for pain and inflammation with natural botanicals like turmeric and ginger.

CBG stands for cannabigerol, and it’s a very unique cannabinoid because it’s essentially the stem cell or “chemical parent” that produces other phytocannabinoids. Within the hemp plant, CBG transforms to create minor cannabinoids like CBN (cannabinol) and CBC (cannabichromene), as well as more well-known compounds like CBD and THC (the latter of which is the primary psychoactive cannabinoid in cannabis).

Exactly how this transformation process takes place is somewhat complicated, so without getting too deep into the science behind it, here’s a brief explanation of how it works:

Essentially, without CBG, some of the most popular cannabinoids like CBD and THC would not exist. And with the increased popularity of cannabis products, more people are starting to learn about the many potential benefits of full spectrum hemp extracts that contain CBD, CBG, and various other phytocannabinoids.

What are the Benefits of CBG?

We’ve all heard story after story about the miraculous benefits of CBD oil, but speaking honestly, there’s a lot more research that needs to take place before we can fully understand the impact of CBD on the human body. Now when it comes to CBG, there are even fewer studies and scientific evidence to grasp the full breadth of CBG’s benefits. However, there have been studies that illustrate the positive effects it may have in relation to certain health and wellness concerns.

Much like CBD, there are indications that CBG has anti-inflammatory properties, especially when it comes to the treatment of inflammatory bowel disease (IBD). One particular clinical study used mice as part of its experiment, and found that CBG diminished inflammatory markers in the test subjects and may be considered for clinical trials in human patients.

A unique trait of CBG may be its ability to help treat glaucoma by reducing intra-ocular pressure, according to one study published in 2008. In fact, glaucoma is one of the most common reasons for using prescribed medical marijuana strains that have adequate CBG content, which may be a key reason why cannabis helps treat this condition.

Cannabis is known for giving users the “munchies,” and CBG is one cannabinoid that may also elicit these effects but without the high. A more recent animal study suggested that CBG may be an appetite stimulant, which can benefit those who struggle to get enough food intake naturally due to underlying health conditions like cancer or hypothyroidism.

CBG has shown to have certain antibacterial effects, particularly when studied on methicillin resistant Staphylococcus aureus (MRSA). This kind of bacteria is responsible for different types of staph or skin infections, and is resistant to traditional drugs and antibiotics. CBG’s potential ability to kill existing drug-resistant bacteria and prevent more from forming may prove to be helpful in future treatments of MRSA infections.

How Does CBG Work?

Just like CBD, CBG elicits its beneficial effects through the endocannabinoid system (ECS), which helps us regulate many other systems to help us maintain homeostasis (the state of stability and optimal functioning).

CBG works by interacting with the cannabinoid receptors (also known as CB1 and CB2), endocannabinoids, and metabolic enzymes that form the ECS. Our cannabinoid receptors play a pivotal role in normalizing physiological processes like our mood, pain sensation, and hunger signals. The intense reaction that occurs when CBG meets these receptors is what produces its wellness benefits.

CBG also increases a naturally occurring endocannabinoid in our system called anandamide that helps to regulate functions critical to survival, including sleep and memory. And similar to CBD, CBG also has little to no negative side effects when taken in appropriate dosages.

CBG and CBD are similar cannabinoids found within cannabis plants, but the primary differentiator between the two comes from how they interact with cannabinoid receptors. CBG binds directly to CB1 and CB2 receptors within the nervous system, while CBD interacts indirectly with these same receptors. Because of this, CBG may have a greater potential to impact a person’s health.

It’s important to add that one trait CBG shares with CBD is that it is non-intoxicating. Unlike THC, those who use CBG (or CBD, for that matter) won’t receive a mind-altering high—in fact, it’s one of the benefits that users most appreciate about the experience.

Is CBG Better Than CBD?

CBG has yet to achieve the critical acclaim of CBD, but that’s not to say it doesn’t pack a punch—or that its time isn’t coming. CBG products actually supply much of the same benefits that CBD offers, and they allow you to stack the two cannabinoids together for more potential benefits. Therefore, it’s not necessarily that “one is better than the other,” but that you should look for hemp oil products that feature both compounds and a full spectrum of other phytocannabinoids in order to get the best effects.

Josh Hall has been a professional writer and storyteller for more than 15 years. His work on natural health and cannabis has appeared in Health, Shape, and Remedy Review.