Researchers Turn Algae Into a Material as Hard as Steel 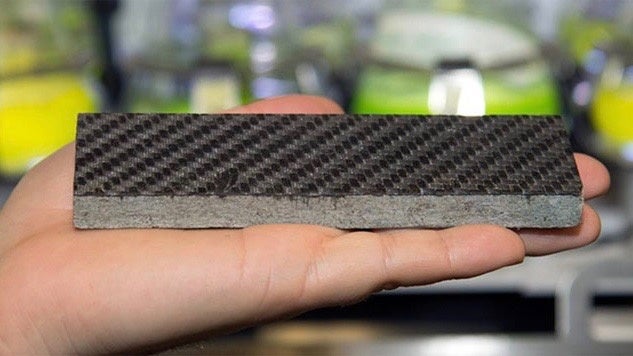 Algae in a pond may look flimsy. But scientists are using algae to develop industrial-strength material that’s as hard as steel but only a fraction of the weight.

Thomas Brück of the Technical University of Munich, Germany, and his team developed a process that uses algae oil to create carbon fibers. They’re strong, lightweight materials that can be used in cars, airplanes and buildings.

Making these carbon fibers uses far less energy and produces far less carbon pollution than making concrete or steel. But that’s not its only climate benefit.

Algae absorb CO2 as they grow, so when algae oil is used as a raw material for carbon fibers, the CO2 gets locked inside.

Years later, when those carbon fibers need to be disposed of, they can be ground up and permanently stored underground.

“So you have this very new advanced material where you can actually store atmospheric carbon indefinitely,” Brück says.

He says scaling up will require big investments in algae cultivation. But once that’s in place, this new technology could create strong industrial materials that also benefit the climate.