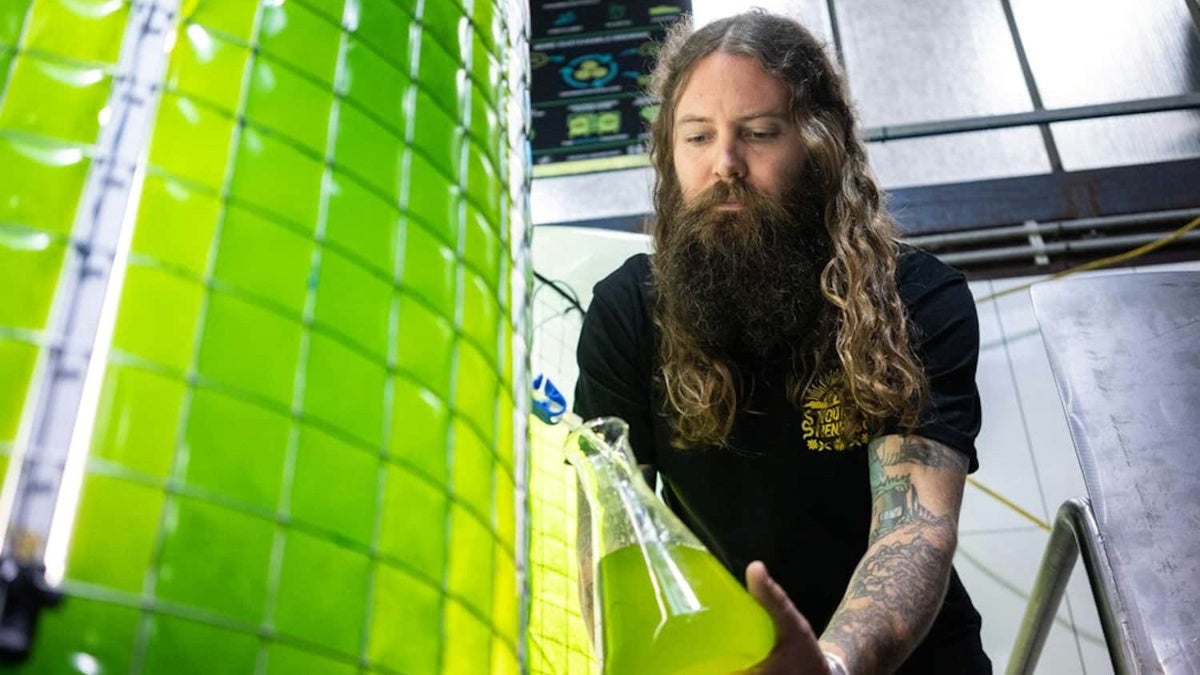 The Australian brewery Young Henrys is working to fight climate change with an unusual ingredient—algae.

The fermentation process that occurs during beer production releases massive amounts of carbon dioxide (CO2), which can contribute to climate change. It takes a tree approximately two days to absorb the CO2 released from producing one six pack of beer. But, Young Henrys says their in-house cultivated algae not only absorb the CO2 released, they also produce as much oxygen as two and half acres of wilderness.

Algae, a photosynthetic organism, are often seen as a nuisance because they can cause red tide—a toxic algal bloom —or infect local water sources. But, they are also up to five times more effective at absorbing carbon than trees, according to the technology company Hypergiant.

Oscar McMahon, Young Henrys’ Co-Founder, sees their potential to curb beer production emissions. McMahon tells Food Tank, “This is a unique project and the focus is not to profit. It is to create something that we can then share with other people to adapt and use.”

Young Henrys signed onto this project with the University of Technology Sydney to reach carbon neutrality. To experiment with the effectiveness of its system, Young Henrys uses two bioreactors to cultivate algae. The first, a control, contains CO2, oxygen, and algae. The second contains the same three components but is connected to a fermentation tank. As the fermentation process produces additional CO2, the gas flows into the bioreactor.

According to McMahon, at the end of each day, the control bioreactor consistently contains 50 percent less algae. This demonstrates that the algae in the experimental bioreactor successfully consume the harmful greenhouse gas, McMahon tells Food Tank. The hope is that this system can not only lower CO2 emissions from beer production, but ultimately convert it into oxygen.

This specific project will continue for one more year, but McMahon hopes that algae will continue to lower Young Henrys carbon emissions as they find additional uses for the organism.

Young Henrys is currently experimenting to incorporate algae into food, pharmaceuticals, and bioplastics. Other companies around the world are also developing energy bars, dietary supplements, protein shakes, and other food and drink items using algae.

To scale up algae production and develop these new products, McMahon and Young Henrys are in consultation with engineering and beer industry groups to make this process scalable. McMahon says that both micro-breweries and national breweries will require the infrastructure and technology to easily incorporate algae in beer production.

McMahon describes the beauty of algae and the microorganisms used in beer fermentation as “ying and yang organisms, similar things that live in big tanks of liquid that conduct opposite yet correcting jobs.”