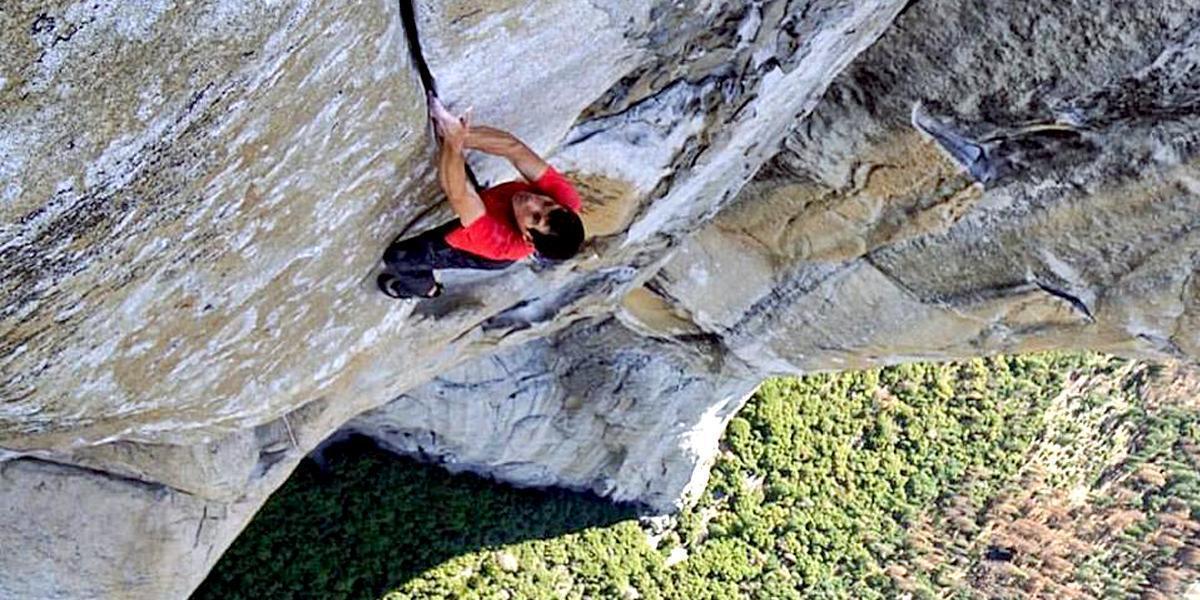 Alex Honnold has added another gravity-defying accomplishment to his list of historic climbs. The legendary free solo climber from Sacramento, California has scaled Yosemite’s 3,000-foot El Capitan in a little less than four hours with nothing more than a chalk bag.

“So stoked to realize a life dream today,” the 31-year-old wrote on Facebook on June 3.

Alpinist Magazine described the unroped climb as “indisputably the greatest free solo of all time.”

“This is the ‘moon landing’ of free soloing,” Tommy Caldwell, who scaled the Dawn Wall, El Capitan’s most difficult climb, with just ropes and other equipment for safety, told National Geographic.

“Free soloing” is exactly what it sounds like. No ropes, no harness—just hands, feet and mental fortitude. And yes, a loose rock, a misstep or a slip of the grip can mean death.

National Geographic, which is producing a documentary about Honnold’s epic ascent, detailed his meticulous prep work as well as uncanny ability to, well, not experience fear like us regular folk:

Some of his poise can be attributed to his detailed preparation. He is obsessive about his training, which includes hour-long sessions every other day hanging by his fingertips and doing one- and two-armed pullups on a specially-made apparatus that he bolted into the doorway of his van. He also spends hours perfecting, rehearsing, and memorizing exact sequences of hand and foot placements for every key pitch. He is an inveterate note-taker, logging his workouts and evaluating his performance on every climb in a detailed journal.

There are other climbers in Honnold’s league physically, but no one else has matched his mental ability to control fear. His tolerance for scary situations is so remarkable that neuroscientists have studied the parts of his brain related to fear to see how they might differ from the norm.

Honnold, however, was much more nonchalant.

“With free-soloing, obviously I know that I’m in danger, but feeling fearful while I’m up there is not helping me in any way,” he told the magazine. “It’s only hindering my performance, so I just set it aside and leave it be.”