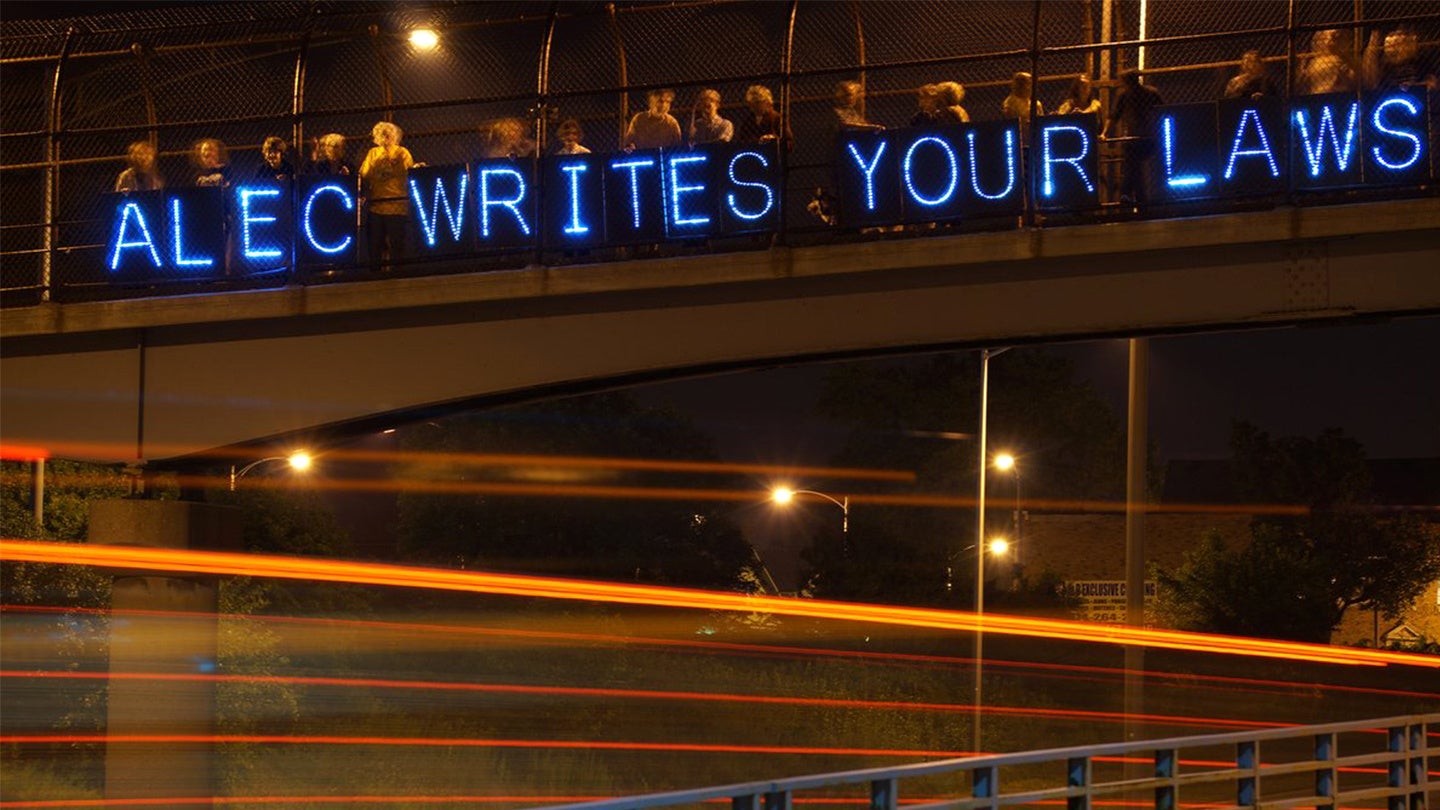 The best part of my 9th American Legislative Exchange Council (ALEC) conference so far was trying to get into the host hotel in Denver.

When I pulled up in my cab, it was surrounded by hundreds of protestors marching on the sidewalk and shouting some of my favorite chants. Any possible entrance into the hotel was blocked by yellow police tape or a barricade. So I marched with them for a bit, pulling my suitcase behind me, and then ducked under the tape to get into the hotel.

Now that’s the way to start an ALEC conference.

This is going to be interesting. Donald Trump has had six months to show what kind of a president he is going to be, and I wonder what those at ALEC think of him now. Unlike many other Republican presidential candidates during the last election, including Vice President Mike Pence, Donald Trump never appeared and kissed the ALEC ring. I don’t think he was the first (or second or third) choice of most ALEC members.

But Big Coal, which drives ALEC’s energy and anti-environmental model policies, is burning bright for him now. The fracking industries and king coal producers Noble Energy and ARCO dominated the first day of the 44th ALEC conference. The terms “clean coal” and “clean fossil fuels,” oxymorons if I ever heard one, were uttered so many times by the gas and oil industry that I lost count. And dirty coal dominated the day, with the gas and oil industry, including ExxonMobil, paying tens of thousands of dollars to host the first lunch and an entire afternoon of workshops.

The big coal producers can barely contain their glee at the gutting of environmental policies rolling out of the White House. At the opening lunch, Noble Energy executive Chip Rimer extolled that the “oil and gas industry is an example of what good policies can do.”

At the afternoon workshops paying homage to fossil fuels, a Colorado state senator exclaimed how “great” it is to see the federal government shifting back to fossil fuels. Yikes. A Colorado commissioner talked about burdensome, “purely political” state regulations while simultaneously bemoaning that some of her constituents are living surrounded by intrusive sound barriers erected by the fracking industry. Exactly whose rights are being infringed upon?

A gas and oil representative lamented that all the public hears about is when something goes wrong, like the “Firestone event.” Turns out the “Firestone event” was a deadly house explosion that recently occurred in Firestone, Colorado where two people were killed. The conflagration was caused when a well owned by Anadarko Petroleum was still attached to an abandoned, leaking gas line. Anadarko, a big fracking company, is a sponsor of the ALEC conference. What a nuisance that the public remembers such an event and that the state would step in to require additional safety precautions!

Renewable energy technologies are the enemy at ALEC. The Colorado Senator stated that renewable energies can’t even be considered an industry because of the subsidies needed and because “we can’t afford charities.” Totally ignored are the massive public subsidies handed out to the gas and oil industry. Even one of the presenters had to remind the audience that the fracking industry had received billions of dollars in public subsidies. You could hear a pin drop in response.

Sigh. So much for the free market.

Chris Taylor is an American lawyer and a Democratic member of the Wisconsin State Assembly from the 76th District (in and around Madison, Wisconsin).

Reposted with permission from our media associate Center for Media and Democracy.