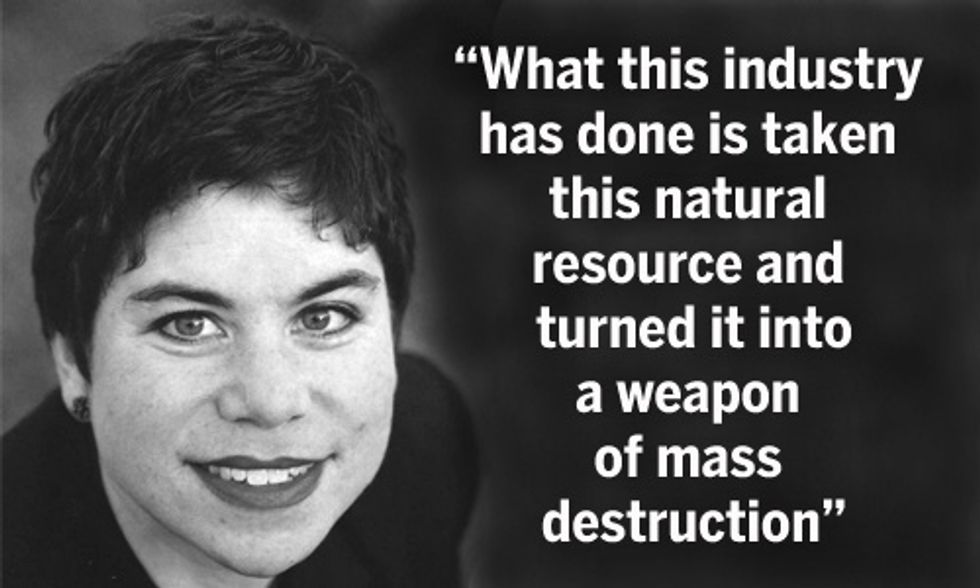 Last week, BP reached an $18.7 billion settlement for civil lawsuits over the 2010 Deepwater Horizon oil spill in the Gulf of Mexico, which was the worst oil spill in U.S. history. Yesterday on his radio show, Here's The Thing, Alec Baldwin spoke with journalist and author Antonia Juhasz, who has covered the spill extensively. In 2011, she wrote Black Tide: The Devastating Impact of the Gulf Oil Spill and this June she was featured in Harper's Magazine for taking a submersible to the floor of the Gulf of Mexico.

What she discovered down there may surprise those who think the Gulf has completely recovered in the five years since the spill. In her exploration of the ocean floor, Juhasz got closer to the BP Macondo well-head than anyone had gotten since it was sealed five years ago. WYNC, which broadcasts Baldwin's show, explains what Juhasz found:

Her story in the June issue of Harper's Magazine details what she didn't see down there—any vibrant sea life—as well as what she did see: a huge carpet of oil 3,000 square miles in size. And evidence indicates that companies are preparing to resume drilling in the region. Juhasz has been monitoring energy companies for over a decade, and has seen how routine spills have become, but as she explains to host Alec Baldwin, she still feels shock and anger over the ongoing impacts of these spills on the environment.

Listen to the interview here: