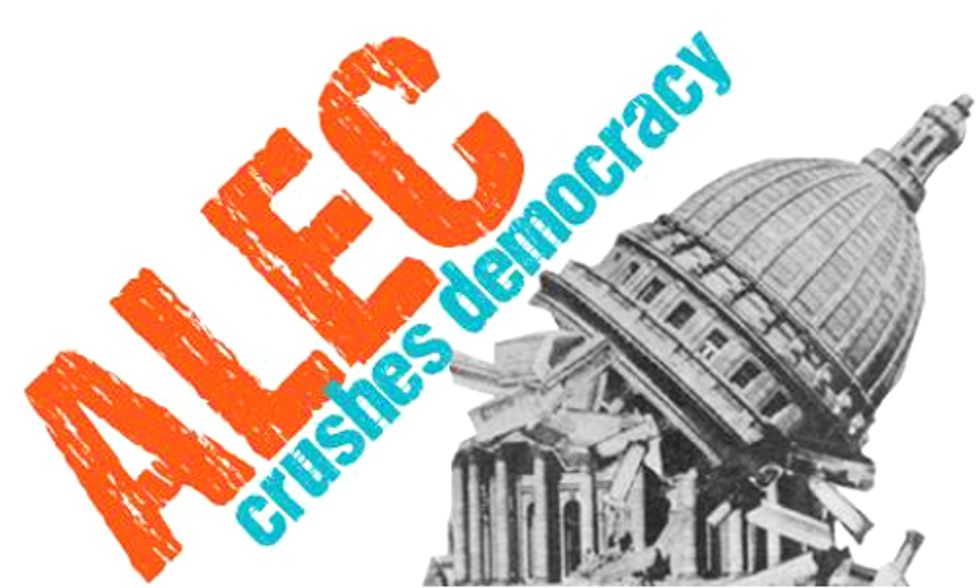 This week, the polluter-funded American Legislative Exchange Council (ALEC) is holding its annual meeting in D.C., and the obstruction of the U.S. Environmental Protection Agency (EPA) progress to reduce carbon pollution is front and center on its Environment Task Force agenda.

ALEC conferences create a space for corporations and conservative lawmakers to create model legislation that any state legislator can introduce. American Electric Power is the current chair of ALEC’s environment task force.

After the killing of Trayvon Martin in Feb. 2012, ALEC became notorious for its promotion of Stand Your Ground gun laws in states, losing financial and political support. A Guardian article published yesterday reveals that ALEC has lost nearly 60 corporate members and hundreds of state legislators from its network in the last two years.

While ALEC addresses a wide range of issues, including health care and anti-union bills, the agenda for this week’s ALEC conference has a big focus on EPA power plant rules. Hindering state action to reduce carbon pollution will likely be an ALEC priority in state legislatures next year.

According to the agenda, today is the "EPA working group session" to develop "tools and strategies legislators and private sector members can employ to respond to EPA's proposed New Source Performance Standards (NSPS) and forthcoming rule for existing sources."

On Friday, the ALEC Energy, Environment and Agriculture Task Force will convene to discuss three pieces of model legislation. Two of these three ALEC resolutions focus on EPA’s plans to limit carbon pollution. Resolutions are toothless with no real force of law, but they make fodder for polluters and their allies who use them as a political maneuver to decry EPA’s work.

Past ALEC model resolutions have directly opposed many federal and state efforts to reduce carbon pollution. The New York Times reported that past ALEC internal task force documents have noted which corporate members wrote and supported certain model bills, citing an example that ExxonMobil sponsored an ALEC bill containing loopholes regarding fracking fluid disclosure. Unfortunately, recent ALEC documents do not list the corporate sponsors of ALEC bills, nor does the conference agenda list the current corporate members of the ALEC Environment Task Force.

As EPA continues to implement its part of the President’s Climate Action Plan, we can expect to see more activity from ALEC attempting to stymie EPA efforts. Let’s hope state legislators aren’t fooled and are able to identify ALEC’s fingerprints on bad model bills.