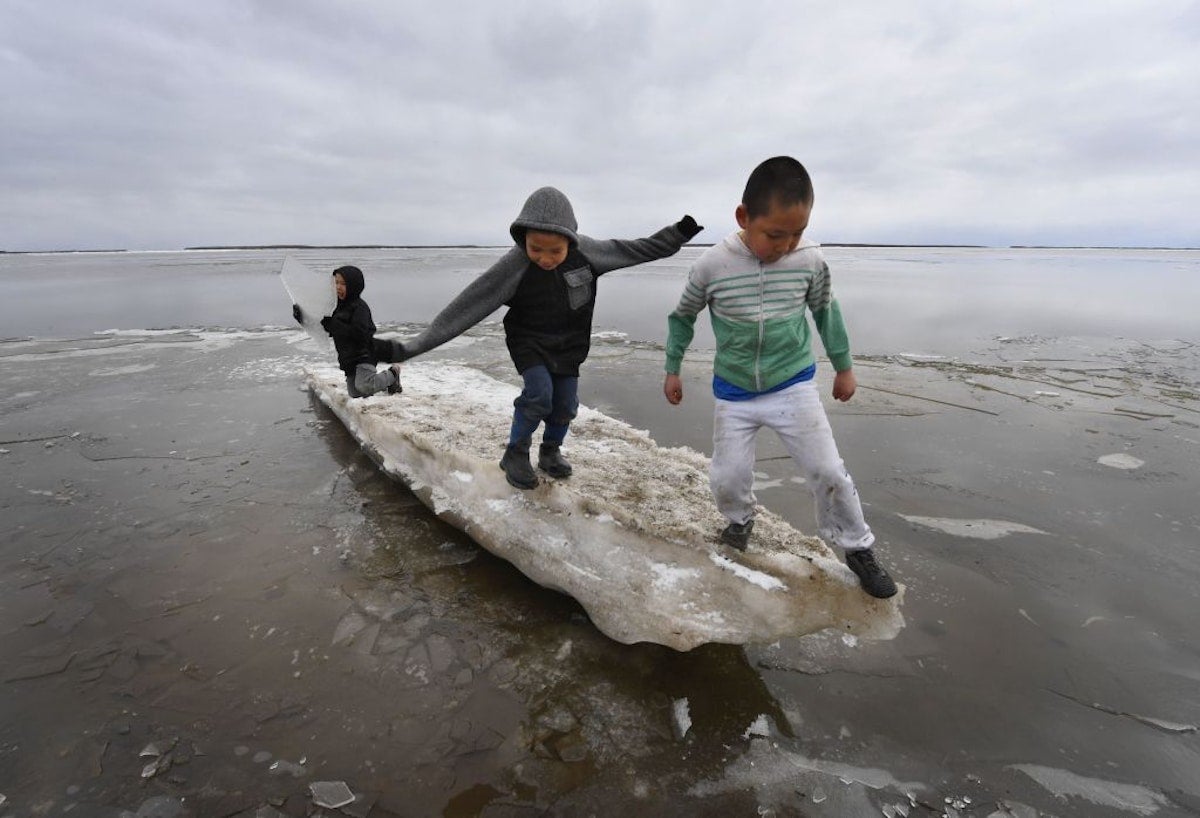 The Alaska Supreme Court ruled on Friday against 16 young Alaskans who wanted to sue the state over its climate policies.

The higher court upheld the 2018 ruling of a lower court, which decided to dismiss the case, AP News reported.

“I am very disappointed with what the court decided today,” lead plaintiff Summer Sagoonick, who is 20, said in a press release from Our Children’s Trust. “With climate change worsening with every season of Alaska’s continuing promotion of fossil fuels, it is hard to tell how long our sustainable life may last.”

Sagoonick is a Iñupiaq from Unalakleet, and one of several Alaska Native young people represented in the suit, according to Anchorage Daily News. The plaintiffs argued that the state government was violating their constitutional rights by propping up fossil fuels and therefore worsening the climate crisis. If the court ruled in their favor, it would make pro-fossil-fuel policies unconstitutional under Alaska state law.

However, the lower and higher courts both ruled that the issues raised by the plaintiffs should be addressed by the legislative or executive branches of state government, AP News explained.

“The young Alaskans appeal, raising compelling concerns about climate change, resource development, and Alaska’s future. But we conclude that the superior court correctly dismissed their lawsuit,” the Alaska Supreme Court ruled in its decision.

The decision was narrow, however; the young people lost their case with a 3-2 split. One active judge and two retired judges ruled against the plaintiffs, while the other two active judges ruled in their favor, Our Children’s Trust said.

“[The law] requires that we explicitly recognize a constitutional right to a livable climate — arguably the bare minimum when it comes to the inherent human rights to which the Alaska Constitution is dedicated,” dissenting justices Peter J. Maassen and Susan M. Carney wrote, according to Our Children’s Trust.

Our Children’s Trust is a non-profit that works to help young people mount legal cases to “secure their right to a safe climate.” They are also behind a similar case against the federal government, Juliana v. United States. While Friday’s ruling was a loss, the fact that a majority of active judges supported the youth was promising, Our Children’s Trust chief legal counsel and Juliana v. U.S. lead counsel Julia Olson said.

“This decision today is a 2-1 win for the youth from the active justices on this Court. And one day soon, it will be the majority opinion. More and more judges around the country and the world are finally embracing their constitutional role to be a check on the political branches of government that are destroying the planet and lives of children,” Olson said in the press release.

“These youth are resolute in their quest for climate justice. With the state continuing to undermine their health, safety, and futures, we will evaluate our next steps and will continue to fight for climate justice,” Welle said in the press release.