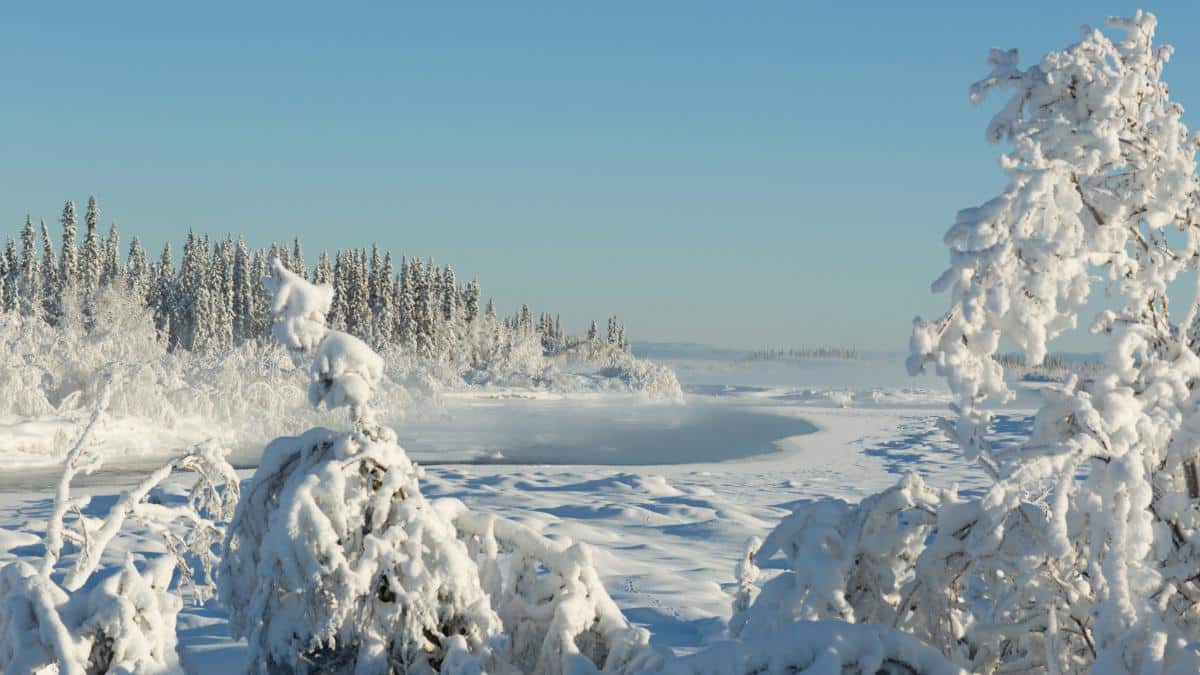 Locals have been betting on when ice will melt on Alaska's Tanana River since 1906. Dee Carpenter Photography / Getty Images

A tradition begun more than a century ago is now an important part of the Alaskan climate record — and it shows spring river melt is happening earlier, Reuters reports.

On Friday, April 30, at 12:50 p.m. Alaska Standard Time, the ice on the Tanana River in the Alaska community of Nenana melted enough to topple a wooden tripod, constructed in the same place and in the same manner every year since some (presumably pretty bored) Alaska Railroad engineers bet on when it would fall in 1906.

It is valuable to scientists “because it’s been done in the same weird way that no one would ever design today,” Rick Thoman, of the Alaska Center for Climate Assessment and Policy at the University of Alaska at Fairbanks, told Reuters.

April ice breakups were considered early before the 1980s but have become common in recent decades with nine of the earliest 10 breakups occurring in the last 31 years.