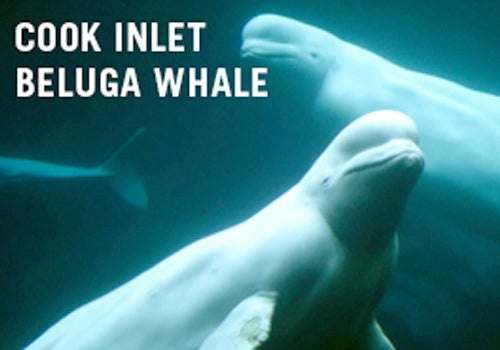 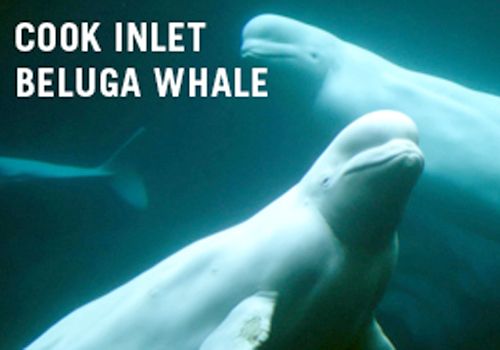 Endangered Cook Inlet beluga whales are threatened by oil drilling and exploration, according to a lawsuit filed on May 15 by the Natural Resources Defense Council (NRDC), Native Village of Chickaloon, Center for Water Advocacy (CWA) and Center for Biological Diversity. The suit challenges a permit issued by the National Marine Fisheries Service to Apache Alaska Corporation to allow oil and gas exploration in Alaska’s Cook Inlet, home to a dwindling population of 280 beluga whales protected by the Endangered Species Act.

“Each year, there are fewer and fewer of these whales left,” said Taryn Kiekow, staff attorney with NRDC. “Oil and gas drilling activities expose Cook Inlet beluga whales to ear-splitting underwater noise that threatens their survival. All that noise in the marine environment makes survival impossible for these endangered whales.”

Apache Alaska Corporation has acquired more than 300,000 acres of oil and gas leases in Cook Inlet. To find and develop oil and gas fields, Apache intends to conduct seismic exploration in the inlet over the next three to five years. Every year that Apache conducts its survey operations it will spend 160 days surveying the inlet for oil and gas, 24 hours per day. For 10 to 12 of those hours, Apache will deploy in-water airguns, operate pingers and detonate explosives. Airgun noise is loud enough to mask whale calls over thousands of miles, destroying their capacity to communicate and breed; it can drive whales to abandon their habitat and cease foraging, and closer in it can cause hearing loss and death.

“Belugas are sacred to my tribe and part of our tradition,” said Gary Harrison, traditional chief of Chickaloon Native Village. “Because so few of the whales remain, we no longer hunt them. Indigenous peoples are working to protect these whales, yet industry can come into the Cook Inlet and harass 30 beluga whales every year as they look for oil and gas. It’s simply wrong.”

“Our concern is that, with all the attention on the Arctic, Cook Inlet is falling through the cracks. With fewer than 300 beluga left in the Cook Inlet, it is hard to imagine that the Incidental Harassment Authorization could not significantly contribute to their extinction. This is a no brainer for us,” said CWA President, Hal Shepherd.

“Cook Inlet is rapidly losing its belugas, and these smart, beautiful animals are unique and irreplaceable,” said the Center for Biological Diversity’s Alaska director Rebecca Noblin. “The Fisheries Service should be doing everything in its power to protect them from dying off, not rubber-stamping every risky oil and gas project that comes along.”

Of the five genetically unique beluga populations in Alaska, Cook Inlet belugas number the fewest. The group is under great duress from increasing industrialization of their habitat near Anchorage. In recent years, the population has plummeted from approximately 1,300 to 284 whales. The National Oceanic and Atmospheric Administration’s Alaska Fisheries Science Center’s annual survey of endangered Cook Inlet beluga whales shows a 20 percent decline in population estimates from previous years—321 in 2009 and 340 in 2010 compared to 284 in 2011. The 2011 estimate is the second-lowest since annual surveys began in 1993. (The lowest estimate was in 2005, when belugas numbered just six fewer than this year’s estimate.)

In April 2006, NRDC and the Center for Biological Diversity joined other conservation groups in petitioning the Fisheries Service to list Cook Inlet belugas as endangered under the Endangered Species Act. The government listed the whales as endangered in October 2008 and designated more than 3,000 square miles of the Cook Inlet as critical habitat essential to the whales’ survival in April 2011.