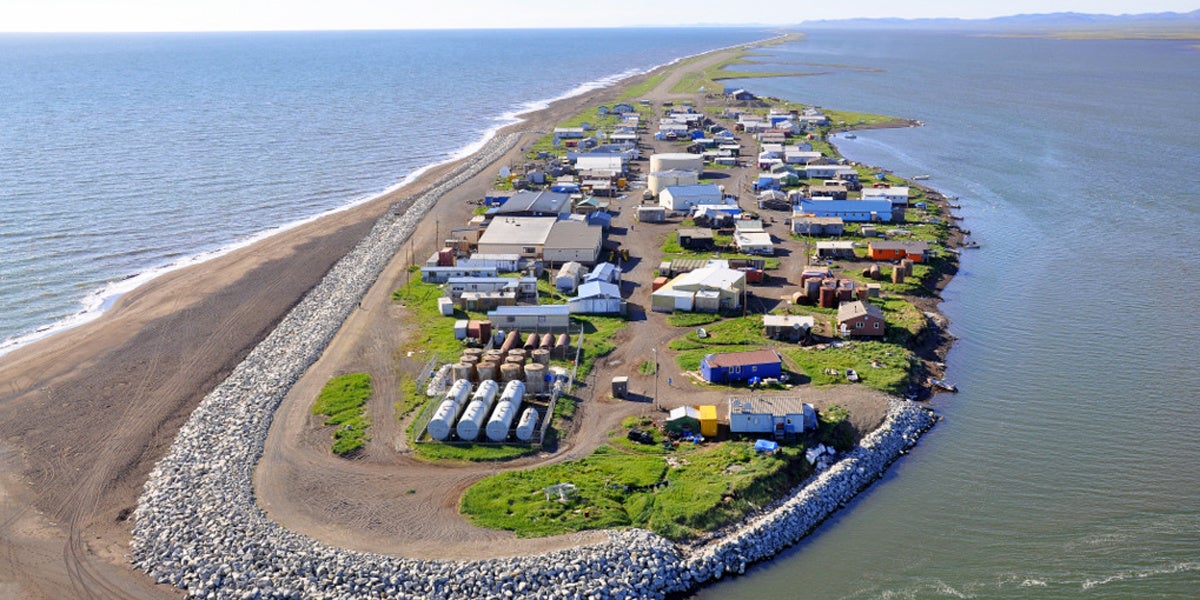 The Native Alaskan village of Kivalina is especially vulnerable to climate change. ShoreZone / Flickr / CC BY 2.0

Alaska has voted for a Republican for president in every U.S. election since 1964, according to the Anchorage Daily News. Given the growing partisan divide on climate change, one would not expect the state to take action on climate change, let alone acknowledge that it is a problem.

But Alaska is also uniquely impacted by the effects of climate change. Scientists have called this year’s loss of sea ice on the Bering Sea a “natural disaster” for Alaskan communities that rely on the ice pack to facilitate transportation and hunting, and to protect their homes from winter storms. The Native Alaskan village of Kivalina, located on a barrier island, even took a leading role in seeking damages for climate change when it sued fossil fuel companies in 2008 over the impacts of erosion and flooding from coastal storms due to sea-ice loss, though the suit was unsuccessful.

Now impacts are building up to the point where state politicians have no choice but to take action and are developing a plan to that end, The New York Times reported Tuesday.

“The change has been so real and so widespread that it’s become impossible to ignore,” Democratic Lieutenant Gov. Byron Mallott told The New York Times. “Folks are realizing that it’s something we have to deal with,” he said.

Mallott is in charge of a task force initiated by Independent Gov. Bill Walker in October 2017 that is due to propose policy recommendations to reduce the state’s emissions and mitigate the impacts of warming by September.

The most recent draft, dated April 25, calls on Alaska to get 50 percent of its electricity from renewable energy by 2025 and reduce greenhouse gas emissions by one-third below 2005 emissions by the same date.

However, as The New York Times pointed out, Alaska’s major contribution to global emissions comes in the form of the oil and gas exported by the state to the rest of the country.

Alaska gets 85 percent of its budget from oil production, and its leaders are averse to directly challenging the source of their funding.

The most recent draft of the climate action plan took out a line from an earlier draft saying “There is an economic and ethical imperative to pursue a transition away from a global dependence on fossil fuels,” and both Walker and Mallott support drilling in the Arctic National Wildlife Refuge.

Not all Alaskans agree with this pro-oil outlook. 16 young Alaskans, represented by Our Children’s Trust, have sued the state for actions contributing to climate change, as Inside Climate News outlined in May.

“We’re talking about climate change and we’re seeing all these impacts, but at the same time we’re continuing to pursue activities that create climate change,” one of the young people named in the case, Tasha Elizarde, said. “I hope that this pushes the Walker administration and future administrations to look at this case and understand what a big problem climate change can be.”