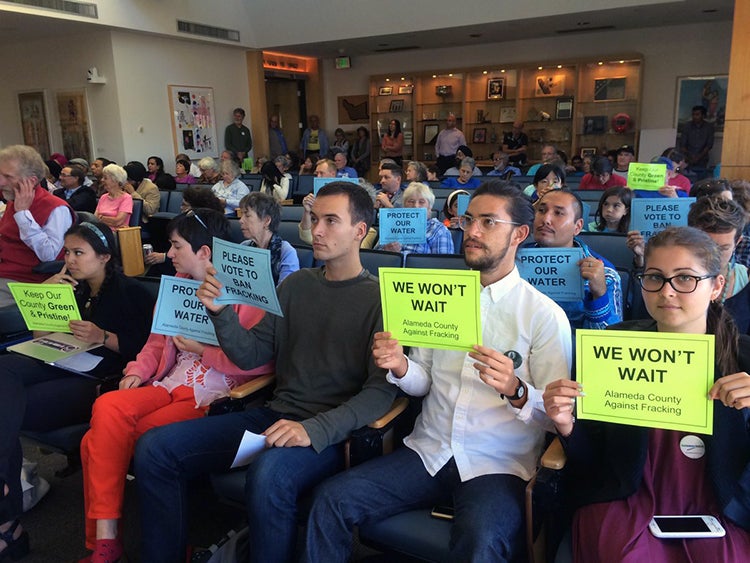 Five counties in California have now banned fracking. Alameda County is the latest to join the list after county leaders voted unanimously in favor of banning fracking Tuesday evening. 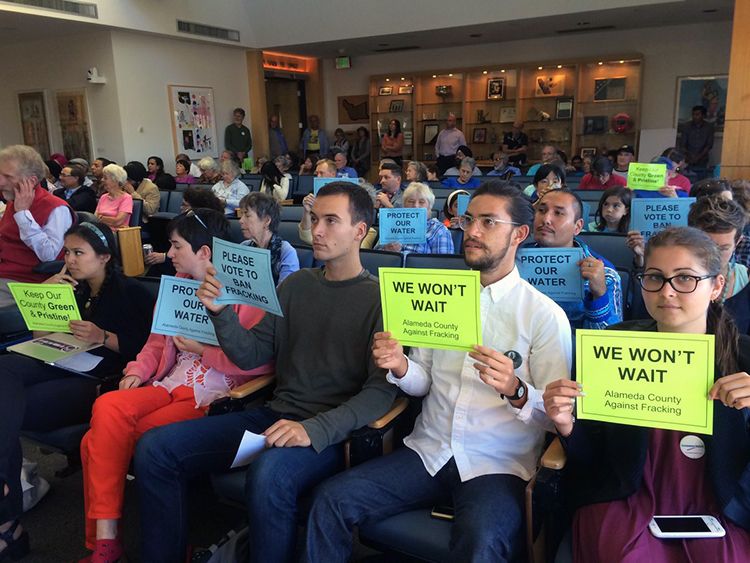 Alameda County is the first county in the San Francisco Bay area to ban hydraulic fracturing, CBS San Francisco reported. A coalition of environmental groups worked for more than two years to persuade county officials to ban the practice.

“We’ve taken a step that will protect everyone in Alameda County, especially our children and grandchildren, from toxic chemicals,” said Karen White of the Alameda County Against Fracking coalition.

No companies frack in the county, but environmental groups wanted to prevent the practice from ever happening, The Mercury News reported.

Twenty people sat through the county’s board of supervisors meeting to voice their support for the ban.

“It’s the only way to protect our environment from the destructive effects of fracking” Kiana Tsao of the Sierra Club said. “Alameda County is a community, not just a commodity for the oil industry.”

Environmentalists have been working to ban fracking one county at a time after Gov. Jerry Brown voiced his opposition to a statewide fracking ban.

Santa Cruz, San Benito, Mendocino and Butte counties are the four other counties that have already banned fracking. Environmentalists are now setting their sights on Santa Clara and Monterey counties. Monterey is set to vote in November on the issue.

Colorado will also see anti-fracking initiatives on the November ballot. Measure 75 would amend Colorado’s constitution to enable local governments to enact regulations more protective of health and safety than those put in place by the state. This ballot initiative is in reaction to the Colorado’s Supreme Court ruling in May that said oil and gas development is pre-empted by the state and that local communities could not pass fracking bans themselves.

The second measure, 78, would create 2,500-foot buffer zones between homes, schools and sensitive areas, such as playgrounds or water sources, and new oil and gas development.

The drilling industry is spending millions of dollars to stop the two statewide initiatives. Companies such as Anadarko Petroleum Corp, Noble Energy and Whiting Petroleum have funneled more than $6.7 million as of July 15 into Protect Colorado, an industry group that hopes to defeat the two initiatives.

But Tricia Olson, executive director of Yes for Health and Safety Over Fracking, told EcoWatch, “We’ve seen that this industry will say or do anything to mislead the public and protect their bottom line, but the scientific evidence speaks for itself: Fracking is a leading driver of climate change and destroys our most basic resources.”