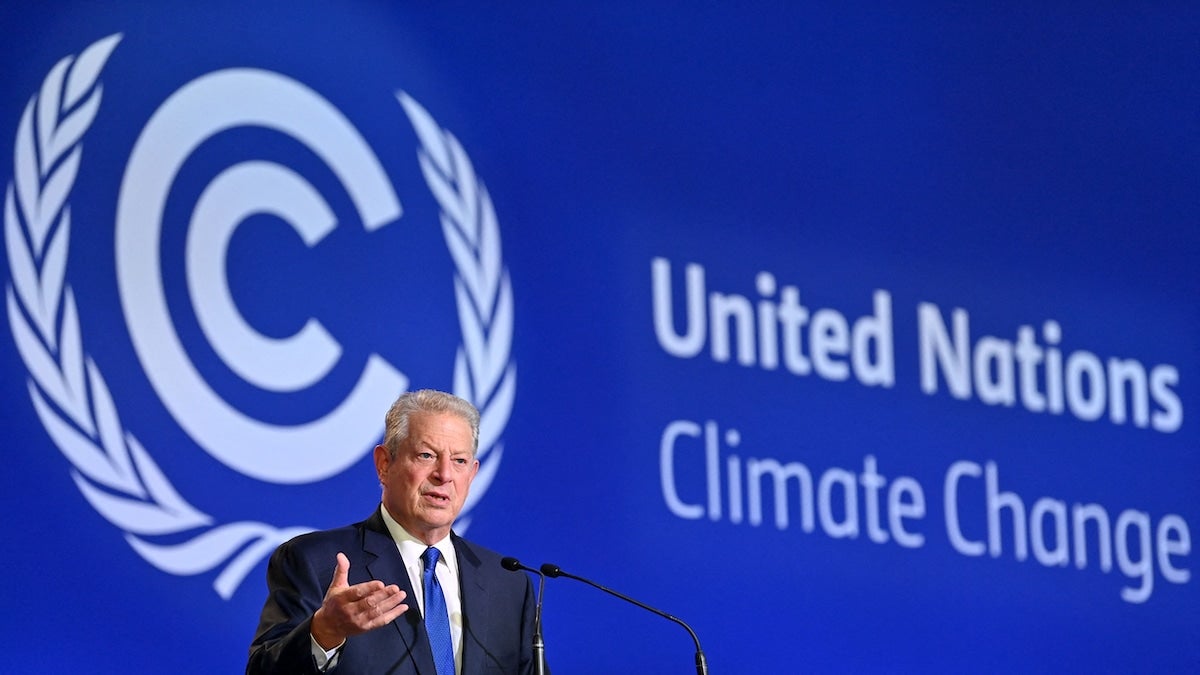 Later, during a panel discussion, Malpass refused to respond directly to the question of whether he accepted the scientific consensus that the burning of fossil fuels is “rapidly and dangerously warming the planet,” The Independent reported.

After being asked multiple times, Malpass responded to the question by saying, “I don’t know. I’m not a scientist,” reported Bloomberg.

Gore expressed that Malpass, who was nominated to be the head of the World Bank in 2019 by former president Donald J. Trump, hadn’t been able to increase access to financing for climate projects for developing countries, reported The New York Times.

“Since almost 90 percent of the increased emissions going forward are coming from developing countries, we have to take the top layers of risk off the access to capital in these developing countries,” Gore said, as The New York Times reported. “That’s the job of the World Bank.”

Malpass came to the defense of the World Bank, saying it had put $31.7 billion toward climate financing, half of it going to projects concerned with “resilience” and “adaptation” in the face of extreme weather and climate change. Malpass also cited the World Bank’s Climate Change Action Plan.

The U.S. is the biggest World Bank shareholder, and a U.S. citizen has been president of the organization since it was founded.

Biden wouldn’t be able to remove Malpass, whose term ends in 2024, but could put pressure on the World Bank leader to resign. Biden could also join forces with some of the bank’s other shareholders to persuade the board of directors to remove Malpass.

U.S. special envoy for climate change John Kerry, who was part of another panel discussion at the event, spoke about increasing the role of multilateral development banks like the World Bank and the International Monetary Fund in responding to the climate crisis.

“We need to have major reform, major restructuring,” Kerry said, as reported by The Independent. “It’s up to us to pull people together and get that reform, and there’s a lot of discussion about us doing that right now.”