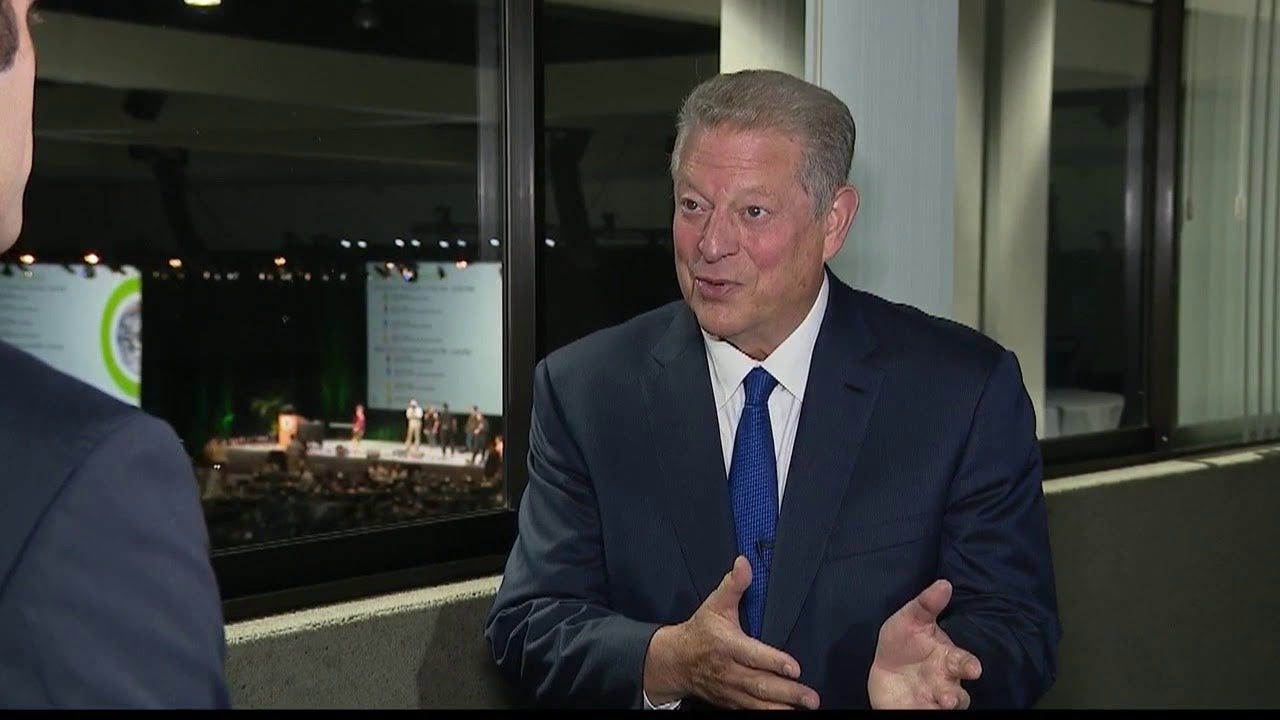 Gore voiced his sentiment during an interview released Wednesday with Fox 11’s
Good Day L.A. co-host Elex Michaelson. Sailele made the remarks at his speech Thursday in Australia. They each spoke about the harmful effects of global warming and called for immediate action.

While Gore’s words were for
President Trump and his administration, Sailele took aim at the leaders of Australia, India, China and the U.S. as the “countries that are responsible for all this disaster,” as quoted by The Guardian.

“While climate change may be considered a slow onset threat by some in our region, its adverse impacts are already felt by our Pacific islands peoples and communities,” he said.

Sailele gave his speech at the Lowy Institute in Sydney a week after Australia swore in a new prime minister, Scott Morrison. The conservative lawmaker is being pressured by members of his coalition government to drop the country’s plans to cut carbon emissions under the Paris agreement, ABC News reported. His predecessor, Malcolm Turnbull, was ejected after proposing, but ultimately abandoning, modest emissions targets for the country’s energy sector after pressure from his own conservative party.

In his interview, Gore dismissed those who are skeptical about the dangerous effects of a changing climate. Asked what he’d say to such people, the former VP responded to Michaelson, “Take it from mother nature. Every night on the TV news it’s like a nature hike through the book of Revelations.”

The founder and chairman of
The Climate Reality Project also had one simple word for Trump.

“Oh, my only message would be: Resign,” Gore said.

Trump intends to pull the U.S. out of the Paris agreement and has rolled back numerous environmental regulations in favor of polluting industries and has pushed for more use of fossil fuels.

“I don’t mean to be flippant about it,” Gore continued. “I don’t think he’s prepared to listen to advice about the importance of clean air and clean water.”

He said the Trump administration’s policies have “made the EPA the CPA—the coal production agency.”

Gore is currently in Los Angeles for convention with the Climate Reality Project to teach people how to speak persuasively about climate change.

When Michaelson asked for his thoughts about California’s recent government report that found wildfires, heatwaves and temperatures will be increasingly destructive in the state, Gore said, “When they tell us it’s going to be worse if we don’t change, we’ve got to listen.”

He suggested a price on carbon, conserving energy and switching to renewable sources of electricity to combat the effects of climate change.

Voting in the midterms is another way for people to help make a difference, he added.