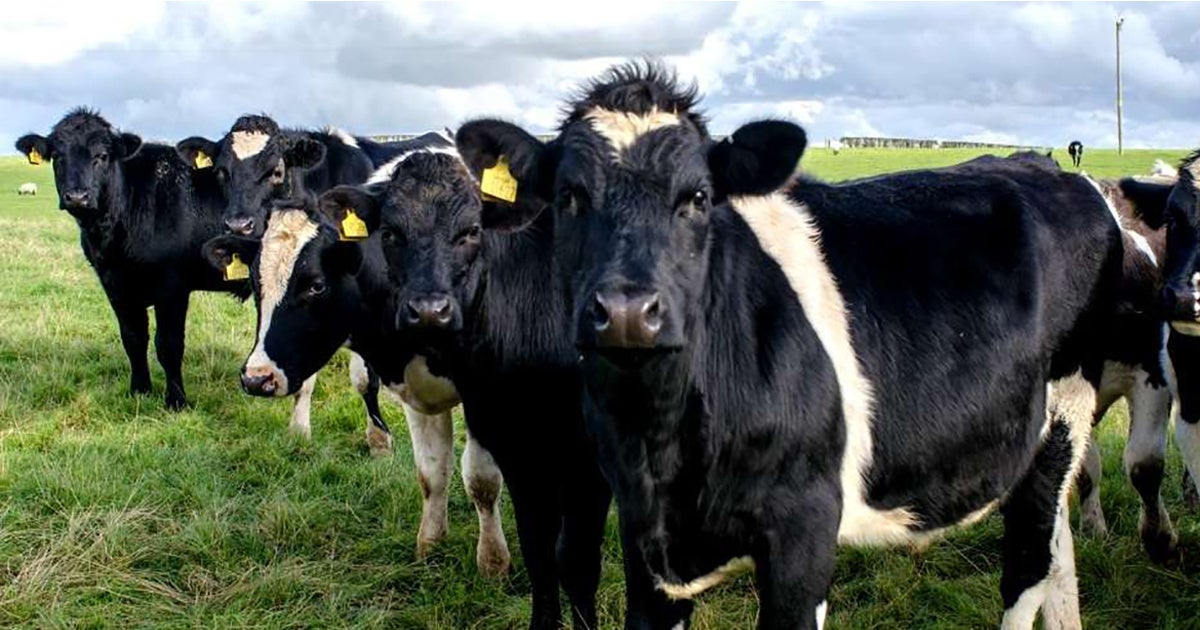 When I spotted fellow vegan James Cromwell in line for food at an advance screening of An Inconvenient Sequel: Truth to Power, I couldn’t help but try to talk to him. Recently arrested at a protest against SeaWorld, the Babe and Six Feet Under actor is a remarkable environmental and animal activist.

“Can you believe they’re serving chickens here?” I asked him. “I mean, I guess it’s a little better for the environment than eating cows, but it’s still ironic to be serving animals at a party for a documentary about climate change.”

He’s right. We aren’t serious enough about the impact our diet has on the environment, despite overwhelming evidence. For instance, to produce one hamburger takes as much water as two months’ worth of showering. Additionally, the livestock sector is one of the largest sources of carbon dioxide emissions and the single largest source of both methane and nitrous oxide. And according to the World Bank, animal agriculture is responsible for nearly 90 percent of Amazon rainforest destruction, with more than 80,000 acres of forest—and 135 animal and plant species—lost each day.

Simply put, animal agriculture is one of the main culprits behind climate change. An Inconvenient Truth failed to address this, and people have been wondering whether the sequel would make up for it, particularly since it again stars Al Gore, who himself went vegan after realizing the connection between animal agriculture and global warming. Unfortunately, as James Cromwell and I were about to find out, the sequel likewise failed. And that’s truly disappointing.

Instead, too much of the new documentary was devoted to spotlighting former vice president Gore as a leader, rather than informing viewers about the many concrete actions they can take to limit their carbon footprint, like adopting a plant-based diet.

At the end of the film, the audience is asked to take the pledge to #BeInconvenient, to keep demanding that schools, businesses and towns invest in clean, renewable energy. “If President Trump refuses to lead, Americans will,” the call to action reads, encouraging viewers who want to fight climate change to use “your choice, your voice, your vote.” This is great, but aside from a few seconds where Gore mentions that “agriculture is another major cause” of CO2 emissions, the link between climate change and eating animals is entirely left out of the film.

And any environmentalist worth her salt should find that outrageous.

The link between our diet and the environment is both direct and strong. To give you an idea, if every American committed to just one meat-free day a week, the impact would be equivalent to switching all our gas-powered cars to hybrids. In fact, according to research published in the journal Climate Change, if you adopt a plant-based diet, you’ll cut your carbon footprint in half.

Yet these facts are nowhere to be found in this supposedly environmentalist documentary.

Perhaps the filmmakers thought that mainstream viewers couldn’t handle the truth. I like to think otherwise.

It’s time for environmentalists to face reality and start acknowledging the impact animal agriculture has on climate change. As Cromwell told me, “You can’t consume another creature out of sloth, ignorance, and unconsciousness and then switch that off and go with dedication and consciousness in another area of your life. You have to be conscious in the entire course of living.”

To call yourself an environmentalist and ignore what eating animals is doing to our planet is hypocritical and perpetuates the selfishness that got us into this mess in the first place. If you really care about the environment, take the film’s pledge to #BeInconvenient, and tell everyone you know that one of the biggest things they can do to fight climate change is to leave animals off their plates. Whether or not they find your statement inconvenient, it’s the truth.

Rachel Krantz is lead writer for Mercy For Animals and host of the podcast Honestly Though.