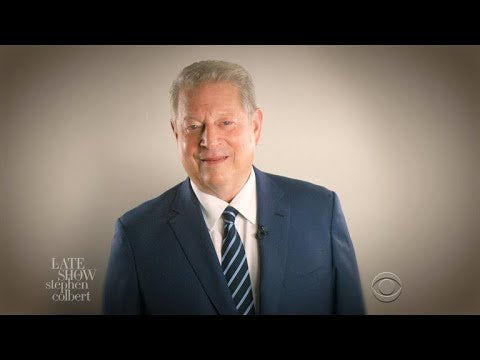 Do you plan to take a hot date to go see Al Gore’s An Inconvenient Sequel: Truth to Power? If so, be sure to watch this Stephen Colbert segment from Friday night’s The Late Show offering the best Al Gore approved climate change pick-up lines.

Gore, who appeared on Colbert’s show July 17 to promote his sequel to his 2006 climate change documentary An Inconvenient Truth, explained that his film is “an amazingly hot date movie.” Colbert responded, “Because if the end of the world is coming, you might as well hook-up with me.”

Watch the video above and let us know in the comments below which is your favorite pick-up line.

7 of the Best Ted Talks About Climate Change

First Look: 24 Hours of Reality: Protect Our Planet, Protect Ourselves