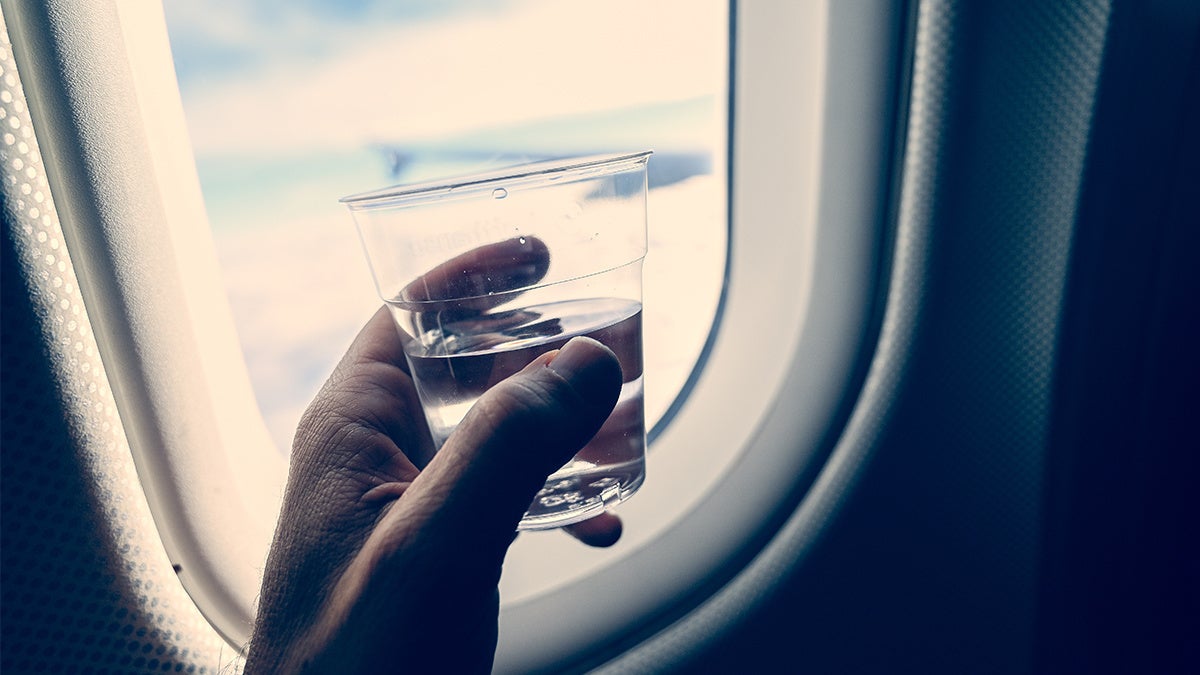 While airlines only serve bottled drinking water directly to customers, they use the plane's water for coffee and tea, and passengers can drink the tap water. Aitor Diago / Getty Images

You might want to think twice before washing your hands in an airplane bathroom.

A recent study from Hunter College’s New York City Food Policy Center and the non-profit Diet Detective ranked the water quality of major national and regional airlines, and found that only four of them had “relatively safe, clean water.”

“We need to make sure violations have penalties and costs that make airlines want to comply. We should tighten up the rules and add more tests to determine aircraft water quality,” The Food Policy Center executive director and Diet Detective founder Charles Platkin told HuffPost Wednesday. “It’s not just an ick-factor ― there are public health concerns.”

The study ranked the airlines on a zero to five scale based on 10 factors, among them fleet size, federal violations, positive reports of E. coli and coliform in water samples and responsiveness to questions. A score of three or higher meant the drinking water was relatively safe.

Here is how the airlines fared.

“I also don’t wash my hands in the lavatory anymore,” Platkin told HuffPost. “I make sure to have sanitizer. If you wash your hands in what could potentially be unsafe water, it sort of negates the whole process of actually washing your hands. You could be spreading E. coli all over… Sure, it’s not likely, but why should you take any chance?”

Airplane water is supposed to be regulated by the Aircraft Drinking Water Rule (ADWR), which was put in place in 2011. It requires airlines to test their water tanks for coliform bacteria and potential E. coli and to disinfect and flush each plane’s water tank four times per year. If E. coli is found, the plane must shut off access to the water tank within 24 hours to disinfect and flush it. Platkin told HuffPost he thought the 24-hour window was too lax.

“Why not immediately?” he asked.

While ADWR violations have decreased significantly for both regional and major airlines since 2012, Platkin thought this might be because of weakening enforcement by the U.S. Environmental Protection Agency (EPA). The number of penalties it has issued against the airlines has declined in recent years.

The agency and the major airlines were also not very cooperative with the researchers, Platkin wrote in the study summary.

“The ‘Shame on You’ Award goes to the EPA and nearly all major airlines (regional airlines weren’t contacted) for their very poor response time and lack of cooperation answering detailed questions,” he said. “The EPA didn’t answer most penalty-related questions, and Spirit, Allegiant and Frontier did not respond to any questions. Very weak responses — and responses that didn’t address questions — were provided by American, United, and JetBlue, which had a large number of violations during the past seven years.”