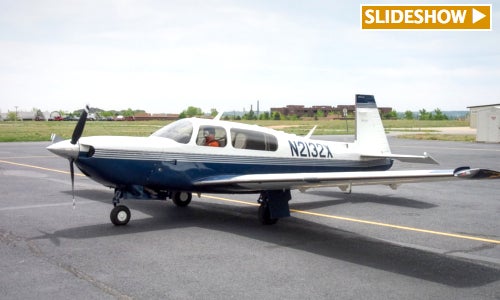 Scientists from a multi-agency partnership went airborne to discover that some greenhouse gases leaked up to seven times more from Colorado’s largest oil and gas than regulators previously estimated.

Researchers with the National Oceanic and Atmospheric Administration (NOAA) and the Cooperative Institute for Research in Environmental Sciences (CIRES) at the University of Colorado Boulder led the peer-reviewed study in 2012 and have now received approval for publication in the American Geophysical Union’s Journal of Geophysical Research—Atmospheres.

The study’s findings were stark. Oil and gas operations in Colorado’s Front Range leaked nearly three times as much methane as predicted, based on inventory estimates from the Environmental Protection Agency’s Greenhouse Gas Reporting Program, and seven times as much benzene. Other summertime ozone polluters leaked about twice as much as estimates.

“These discrepancies are substantial,” said lead author Gabrielle Petron, an atmospheric scientist with NOAA’s Cooperative Institute for Research in Environmental Sciences at the University of Colorado Boulder. “Emission estimates or ‘inventories’ are the primary tool that policy makers and regulators use to evaluate air quality and climate impacts of various sources, including oil and gas sources.

“If they’re off, it’s important to know.”

The NOAA-CIRES study is part of ongoing research coordinated by the Environmental Defense Fund (EDF). The organization lauded Colorado for being first in the nation to directly target methane leaks. Newly approved rules are expected to curb nearly 200,000 combined tons of methane and volatile organic compounds (VOCs) per yeear.

“When it comes to air pollution from the oil and gas industry, Colorado is a state on the leading edge of science and regulation,” said Mark Brownstein, the EDF’s associate vice president and chief counsel of U.S. climate and energy. “The study underscores the importance of the steps that Colorado is taking to reduce total hydrocarbon pollution—both VOCs and methane—from oil and gas operations. I hope other states and the federal EPA are paying attention to the science and policy emerging in Colorado.”

There were about 24,000 active oil and gas wells in Weld County at the time of research. There were about 10,000 fewer wells four years earlier when a study using a mobile laboratory discovered that methane and benzene emissions were two and seven times higher than estimates, respectively.

The aircraft used by Petron in the newer research helped to measure chemical concentrations in the air, downwind and upwind of the Denver-Julesburg Basin, where the wells are located. Meanwhile, NOAA wind profilers near Platteville and Greeley tracked wind speed and direction around the clock.

The team subtracted inventory estimates of methane emissions from animal feedlots, landfills, wastewater treatment plants and other sources and still found that 26 metric tons of methane were emitted each hour in a region centered on Weld County.

The Methane Research Series is the EDF’s  largest scientific project to date. It involves partnerships with with nearly 100 universities, research institutions and oil and gas companies. It is divided into 16 projects, with research from the likes of Washington State and West Virginia universities.