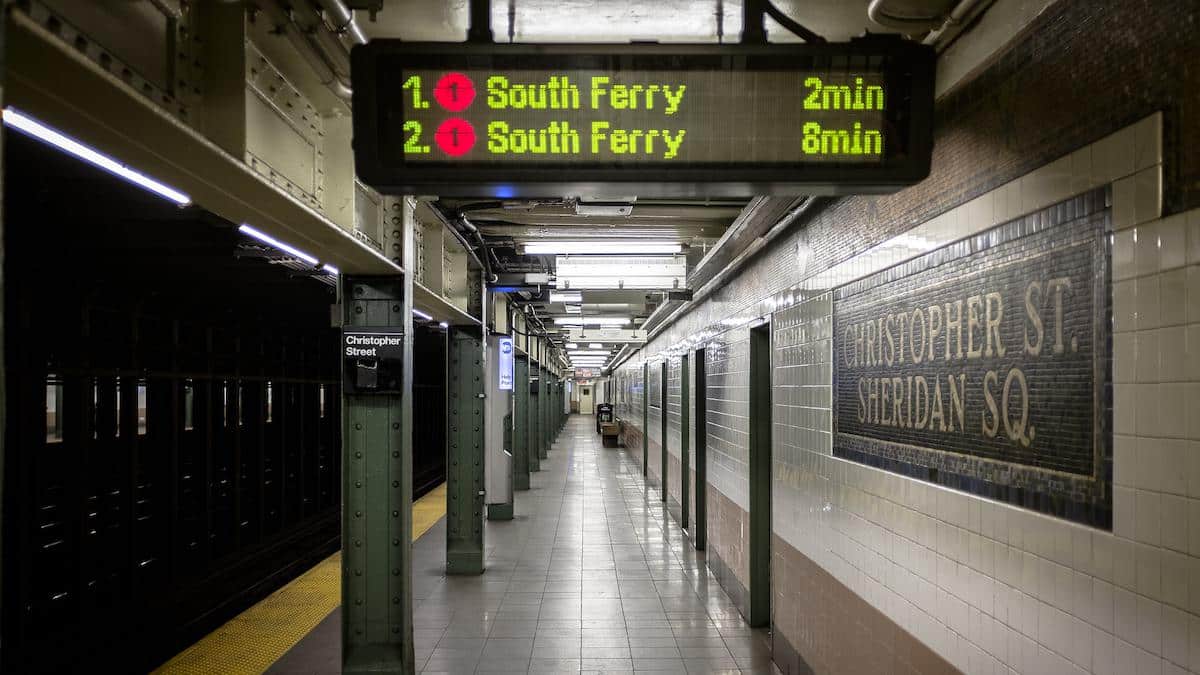 A platform at the Christopher Street PATH station had the worst air pollution ever measured at a subway station. Billie Grace Ward / CC BY 2.0

It turns out, the subway is even dirtier than you imagined, at least in the four U.S. cities that make up the majority of the country’s underground transport system.

A research team led by the NYU Grossman School of Medicine measured the air quality of 71 subway stations in New York City, Washington, DC, Philadelphia and Boston during the morning and evening rush hour. In every city, the concentration of airborne particles was at least twice as high within some stations when compared to the air outside.

“Our findings add to evidence that subways expose millions of commuters and transit employees to air pollutants at levels known to pose serious health risks over time,” study lead author David Luglio, a doctoral student at NYU Grossman School of Medicine, said in a statement.

Of the four, the New York City subway system was the most polluted. At the Christopher Street station, one platform on the PATH line connecting New York and New Jersey had toxic air pollution at levels 77 times the air outside. The platform air was as polluted as the air surrounding a wildfire or building demolition.

“It was the worst pollution ever measured in a subway station, higher than some of the worst days in Beijing or Delhi,” study coauthor and NYU Langone Department of Environmental Medicine professor Terry Gordon told The Guardian. “It just wasn’t believable. My colleague went down there and his airways were feeling tight after an hour or so.”

The other most polluted stations included Broadway in Boston, Second Avenue in New York City and 30th Street in Philadelphia.

Overall, the New York City subway system. was the most polluted and the Philadelphia subway system was the least. The national safe limit for particulate matter (PM2.5) air pollution is 35 micrograms per cubic meter. The average PM2.5 level for the subway systems recorded by the scientists was as follows, according to NYU:

“As riders of one of the busiest, and apparently dirtiest, metro systems in the country, New Yorkers in particular should be concerned about the toxins they are inhaling as they wait for trains to arrive,” Gordon told NYU.

The particulate matter was found mostly to consist of iron and organic carbon, which is released by the breakdown of fossil fuels or plant and animal matter. While iron is mostly not toxic, exposure to some types of organic carbon has been associated with greater risk of asthma, lung cancer and heart disease.

The study authors said more research needed to be done to determine the source of the pollution, why certain stations were so polluted and to what extent commuters and transit employees were at risk.

Gretchen Goldman, research director at the Union of Concerned Scientists, who was not involved in the study, told The Guardian that it also had important implications for environmental justice. Air pollution tends to disproportionately harm low income communities and communities of color

“As the scientific community works to better understand exposure and potential health effects of air pollution in the urban environment, I hope local decision makers use this valuable work to inform the best ways to address the known racial and socioeconomic inequities in air pollution exposure in US cities,” Goldman said.

The measurements were all taken before the coronavirus pandemic hit, according to NYU.