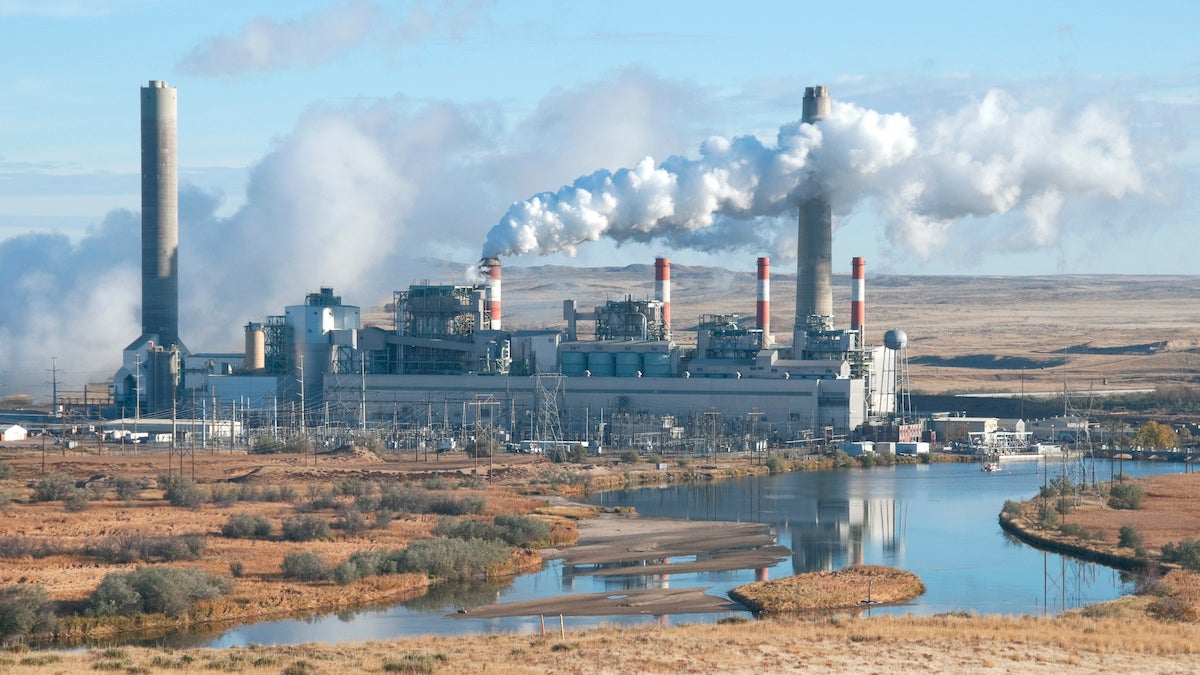 A coal-fired power plant on river in eastern Wyoming. Wyoming is one of the largest "net exporters" of deadly air pollution, a new study has found. PhilAugustavo / E+ / Getty Images

On average, around half of all early deaths from poor air quality in the U.S. are associated with pollution produced out-of-state, a new study has found.

The findings are especially concerning for New Yorkers: ozone and fine particulate matter from emitters in other states accounted for 60 percent of air pollution-related premature deaths, The New York Times reported, leading researchers to term the Empire State the “biggest importer of air pollution deaths.” In 2018, that amounted to 3,800 deaths.

On the other hand, the largest “net exporters” of premature deaths were mostly located in the northern Midwest, such as Wyoming and North Dakota, which have lower populations but higher emissions.

“This situation is a bit like secondhand smoke, but on a national scale,” study co-author Steven Barrett, director of the Laboratory for Aviation and the Environment at the Massachusetts Institute of Technology, told CNN. The researchers said estimates show between 90,000 and 360,000 deaths per year in the U.S. are linked to air pollution.

Experts have long been aware of air pollution’s ability to spread far from its source. but this new study, published in Nature, is the first to model its spread and resulting health impacts according to its source, Bloomberg reported.

The researchers developed a computer model of winds and chemical reactions in the atmosphere to track the movement of pollution created by the power generation, aviation, rail, road transportation, commercial and residential sectors, and other sectors to and from all 48 contiguous states. The model included U.S. Environmental Protection Agency (EPA) reports and health data to track air pollution and effects for the years 2005, 2011 and 2018.

They found that after air pollution is created in one state, winds may carry as much as half of it across the border to another state hundreds of miles away, according to MIT News. A separate study in January found that even low levels of air pollution exposure can lead to deadly health effects.

The results did show some progress over the course of the study, however.

For instance, there were 30,000 fewer early deaths caused by air pollution in 2018 than in 2015, driven by significant declines in deaths from power plant and road transportation pollution, the study found. Deaths from air pollution created in a different state also dropped from 53 percent to 41 percent.

Much of that progress was tied to EPA regulations such as the 2011 Cross-State Air Pollution Rule and reduced coal use, Barrett told Science Magazine. But the Cross-State rule only applies to some states and emissions from just a few sectors, The New York Times reported.

Meanwhile, the researchers did find that deaths related to emissions from heating homes and businesses increased by nearly 40 percent since 2005, as the ammonia and nitrogen oxide byproducts are more likely to become toxic particles in the atmosphere.

“They may not have seemed so important 10 or 20 years ago, but these commercial and residential emissions now look really important, in big part because progress has been made in other sectors,” Barrett told The New York Times. “Future research and future policy are going to have to bear down on these emissions and start controlling them.”

An October report by the National Bureau of Economic Research found that U.S. air pollution has actually become worse since President Donald Trump took office, during which time his administration has since moved to roll back a number of environmental regulations, including those related to air quality and fossil fuel extraction.