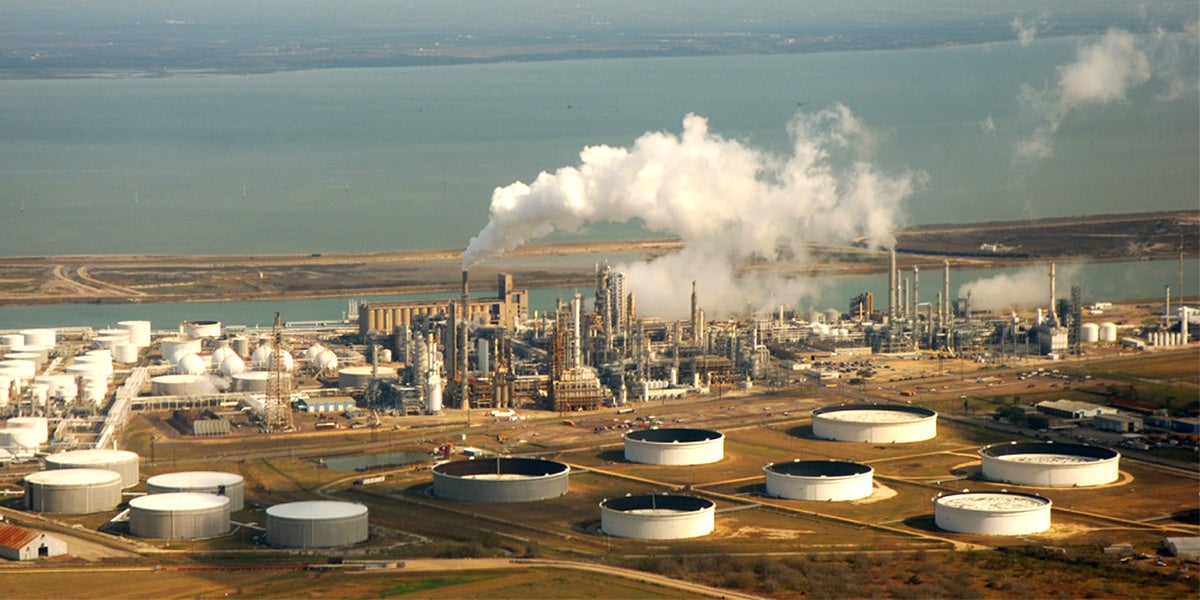 When
Hurricane Harvey struck the Texas coast in August 2017, many industrial facilities had to shut down their operations before the storm arrived and restart once rainfall and flooding had subsided.

These shutdowns and startups, as well as accidents caused by the
hurricane, led to a significant release of air pollutants. Over a period of about two weeks, data we compiled from the Texas’
Air Emission Event Report Database indicates these sites released 2,000 tons of sulfur dioxide, carbon monoxide, nitrogen oxides, volatile organic compounds and other pollutants.

These types of emissions that result from startups, shutdowns or malfunctions are often referred to as “excess” or “upset” emissions and are particularly pronounced during times of natural disasters, as was the case with Hurricane Harvey.

However, as we document in a
newly published study in the journal Environmental Science & Technology, they also occur regularly during the routine operation of many industrial facilities, sometimes in large quantities. And, even if unintended or unavoidable, the pollutants released during these events are in violation of the U.S. Clean Air Act (CAA).

With the U.S. Environmental Protection Agency (
EPA) now revisiting the rules regarding these air toxics, our study shows how significant they are to public health—and how historically they have not been systematically tracked across the country or regulated comprehensively.

Our study examines the occurrence of excess emissions in industrial facilities in Texas over the period from 2002 to 2016. We focused on Texas because, unlike nearly all other states, it has established comprehensive reporting requirements. The state collects data on so-called hazardous air pollutants that cause harm to people exposed to them, such as benzene, as well as substances called criteria pollutants, such as nitrogen oxides that contribute to the formation of ozone.

As a general rule, states set limits to industrial air emissions based on provisions in their State Implementation Plan (SIP), which is their strategy for meeting CAA requirements. The EPA in turn is responsible for ensuring that each state’s SIP is drafted in accordance with the CAA.

The CAA requires sources of air pollution to achieve continuous emissions reductions, which in essence means companies need to install and maintain equipment to limit the release of pollutants that happen during routine operations.

Excess emissions occur when pollution abatement systems—such as scrubbers, baghouses, or flares that curtail emissions before they are released—fail to fully operate as the result of an unexpected malfunction, startup or shutdown. That is, a facility fails to maintain continuous emissions reductions, thereby exceeding its permit limits.

Although one might assume that such occurrences are rare, we found that excess emissions in Texas are frequent, sometimes large, and likely result in significant health damages for individuals living in communities near where these emissions are released.

Specifically, there are four important takeaways from our study.

Second, the distribution of excess emissions is highly skewed. While thousands of excess emissions events occur every year in Texas, the top 5 percent of events release more pollutants than all the other events combined. In extreme cases, excess emissions events can release vast amounts of pollutants in a very short period of time. In 2003, a Total oil refinery in Port Arthur emitted 1,296 tons of sulfur dioxide within 56 hours, due to a power outage
caused by a lighting strike. That was almost twice the amount of the total sulfur dioxide that refinery emitted that year from its routine operations. 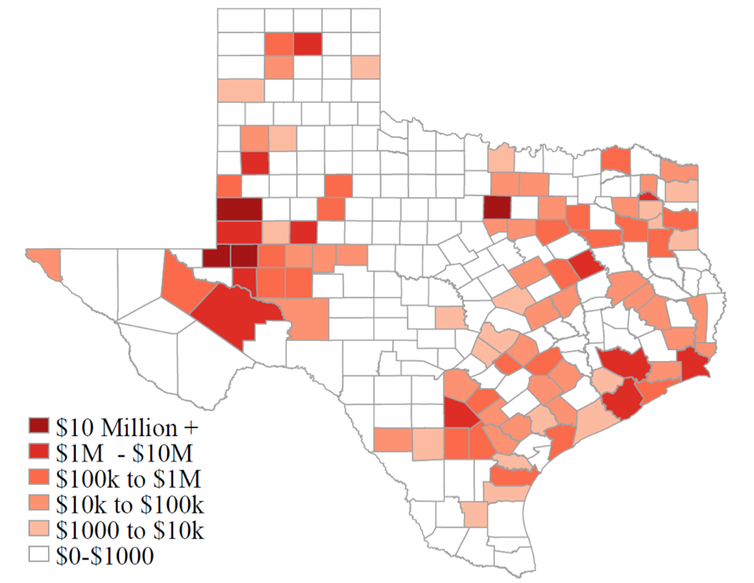 Finally, excess emissions have important health effects. Using a
model that links pollution to mortality, we estimate that the health damages attributable to excess emissions in Texas between 2004-2015 averaged $150 million annually. These estimates are certainly not comprehensive as they only consider damages from premature mortality due to particulate matter (PM) emissions caused by the emission of sulfur dioxides and nitrogen oxides.

The model does not account for the direct damage from other pollutants or from nonfatal, acute health events such as asthma attacks. As such, our estimate can be considered a lower bound.

The data we analyzed in our study reveal the magnitude of the problem caused by excess emissions. Yet, it is important to remember that they only capture the situation in Texas. We know very little about excess emissions and their trends over time at the national level. That’s because Texas is one of just a few states (the others being Louisiana and Oklahoma) that systematically track and make public information on these type of pollution releases.

The Texas Commission on Environmental Quality (TCEQ) has gone as far as to implement a system that requires facilities to publicly report excess emissions events within 24 hours of their occurrence, information that the TCEQ then makes available
on its website.

Although Texas is unique in its reporting requirements, excess emissions events are common elsewhere, as the watchdog group the Environmental Integrity Project has documented in a
series of reports.

The EPA, after decades of leaving excess emissions outside of its regulatory focus, made a concerted effort to update its approach during the final years of the Obama administration.

Prompted by a lawsuit brought by the
Sierra Club, the EPA issued a State Implementation Plan (SIP) call in 2015, asking states to revisit the way they regulate excess emissions. The agency found that certain SIP provisions in 36 states were ”
substantially inadequate to meet Clean Air Act (CAA) requirements.”

This means that industrial facilities may have been regularly surpassing the limit of their permitted pollution limits, in part because of these excess emissions. But because of state agency exemption provisions, it could be the case that these facilities would not always be penalized. In other words, the EPA determined that many states had, as a matter of policy, often failed to treat excess emissions as violations and potentially shielded offending companies from paying fines.

The EPA is now revisiting its policy as part of the
Trump administration’s broader efforts to scale back many EPA regulations and decisions during the Obama era. Given the frequency, magnitude, and important adverse effects for public health, the EPA’s ultimate decision on how states should treat excess emissions is consequential.

In addition, much is still to be learned about the magnitude of the excess emissions problem across the country. If an effective regulatory framework is to be designed to reduce them, it is imperative that more states begin tracking excess emissions events in a detailed and systematic way, following the example set by Texas.