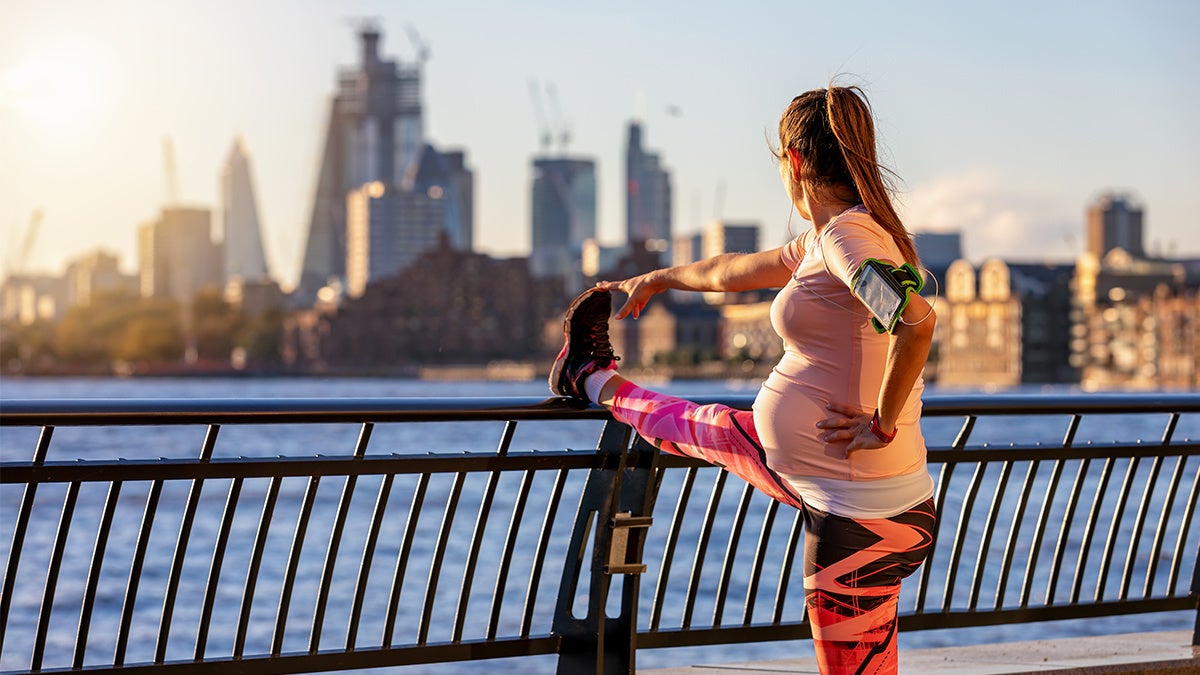 A pregnant woman works out in front of the skyline of London. SHansche / iStock / Getty Images Plus

Air pollution particles that a pregnant woman inhales have the potential to travel through the lungs and breach the fetal side of the placenta, indicating that unborn babies are exposed to black carbon from motor vehicles and fuel burning, according to a study published in the journal Nature Communications.

The research from scientists at Hasselt University in Belgium found soot-like black carbon on placentas donated by mothers, according to The Hill. It is the first study to show that the placental barrier, which is supposed to create a sterile environment for the fetus, can actually be penetrated by inhaled pollution particles.

Researchers have seen a link between polluted air and an increase in miscarriages, premature births and low birth weights. In fact, researchers found that after New Jersey and Pennsylvania replaced turnpike tollbooths with EZ Pass plazas, the rate of premature births and low birth weights dropped significantly within one mile of the plazas, leading to over 0 million in healthcare savings, according to a MacArthur Foundation study that NOVA reported on.

While the link between air pollution and adverse birth outcomes has been apparent, proving it was difficult since there was no way until now to show that pollutants breach the placenta. While the study, which used the placentas donated within 10 minutes of either a pre- or full-term birth, did not actually show that the babies absorb the black carbon, it is profound evidence that there is direct exposure to pollution, as NOVA reported.

“This is the smoking gun,” said Janet Curie, a health economist at Princeton University who was not involved in the study, to NOVA.

Black carbon comes from a wide range of sources, including diesel engines, power plants, charcoal grills, kerosene lamps and open burning of farmland. However, stricter air quality standards in developed nations has led to precipitous drops in airborne black carbon, according to the Climate and Clean Air Coalition, which found that Asia, Africa, and Latin America — the regions with the highest birth rates — contribute 88 percent of global black carbon emissions.

Fetal damage has lifelong mental and physical health consequences. “This is the most vulnerable period of life,” said Tim Nawrot, lead author of the Hasselt University study, according to The Guardian. “All the organ systems are in development. For the protection of future generations, we have to reduce exposure.”

He added that while people should try to avoid busy roads, governments have the responsibility of cutting air pollution, as The Guardian reported.

While the study is small, since it examined only 25 placentas, “just finding it at the placenta is important,” said Yoel Sadovsky of the University of Pittsburgh Medical Center, a leading placenta expert who was not involved with the new research, as the Associated Press reported. “The next question would be how much of these black carbon particles need to be there to cause damage.”