Air Pollution Shortens Human Life by One Year, on Average 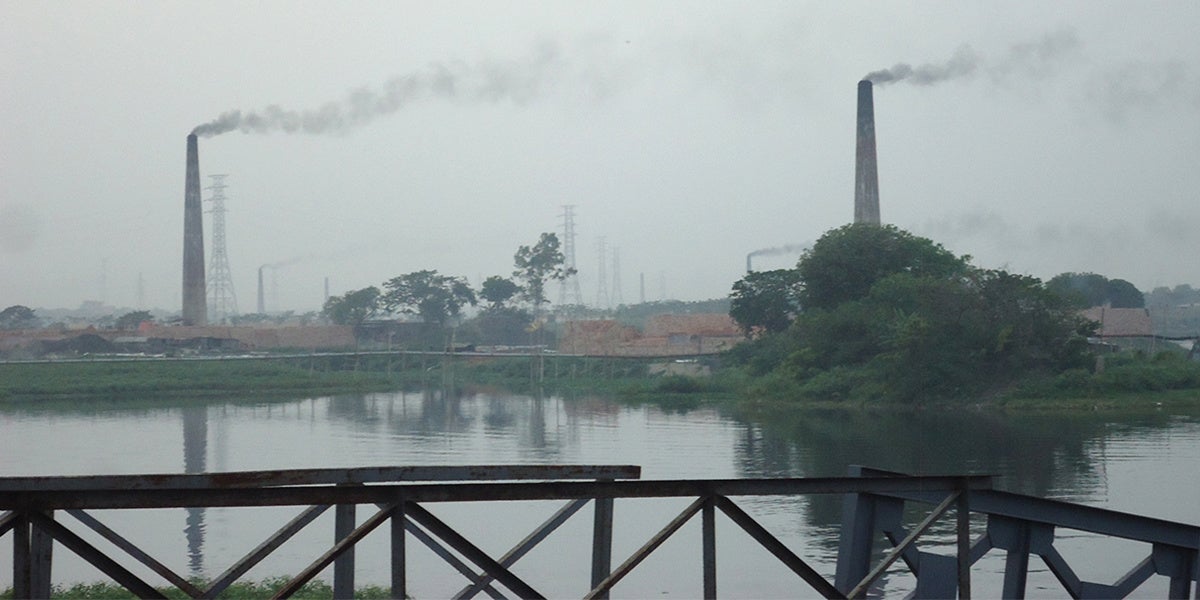 In a summer marked by air quality alerts as wildfires rage in the western U.S., a study has been published finding that air pollution lowers the average lifespan by one year worldwide.

The study, published in Environmental Science and Technology Letters Aug. 22, was the first to assess the impact of particulate matter pollution smaller than 2.5 micrometers (PM2.5) on human life expectancy on a per country basis, ScienceNews reported.

The researchers used 2016 data from the Global Burden of Disease project in an attempt to make the health impacts of air pollution more concrete.

“Talking about mortality figures and large body counts, you see people’s eyes glaze over,” study author and University of Texas at Austin environmental scientist Joshua S. Apte told ScienceNews. “People care not just about whether you die—we all die—but also how much younger are you going to be when that happens.”

For people living in the U.S., that’s a little over four months, The New York Times reported.

But it can be much more in more polluted developing countries, up to 1.9 years in Egypt and 1.5 in India. In general, countries in Asia and Africa see lifespans reduced from between 1.2 and 1.9 years, according to the study.

The researchers also assessed how much longer lifespans could be if countries limited air pollution to the World Health Organization guideline of 10 micrograms of PM 2.5 per cubic meter of air, ScienceNews reported.

Overall, the global lifespan would increase by a median of more than half (0.6) of a year, equivalent to the health impact of curing breast cancer or lung cancer, the study’s authors wrote.

In Egypt, life expectancies would increase by 1.3 years, and in China, by around nine months. In India, limiting air pollution to WHO guidelines would increase a 60-year-old’s chance of surviving to 85 in that country by 20 percent, ScienceNews reported.

Coal-fired power plants and truck tailpipes are leading sources of PM 2.5 pollution, The New York Times pointed out, and Apte told the Times that air pollution and greenhouse gas emissions were “tightly linked.”

“For example, more efficient cars or cleaner electricity directly benefit both climate and health,” Apte told The New York Times in an email. “Indeed, the near- and long-term health benefits of cleaner and more efficient energy use are one of the best co-benefits of tackling climate change, as we will lead healthier and longer lives.”