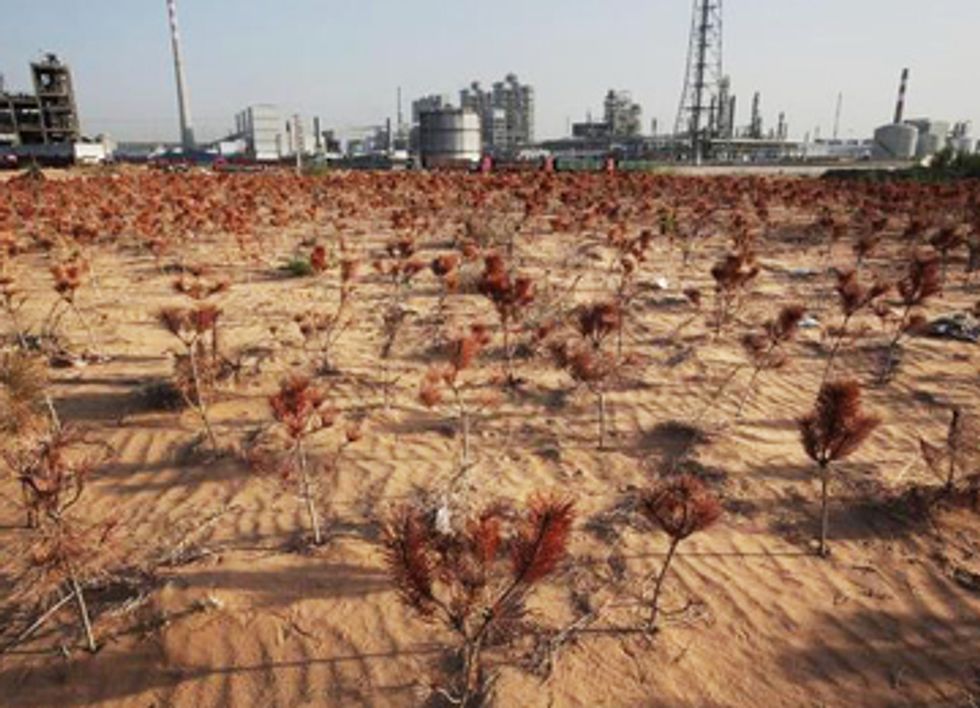 According to newly published research, more than 2 million people die around the world each year as a result of outdoor air pollution.

The study, published in Environmental Research Letters, found that these deaths are caused by fine particulate matter released by human activities, primarily burning fossil fuels like coal and oil in electricity generation, industry and transportation. An additional 470,000 die prematurely each year as a result of ozone pollution.

The study concluded that East Asia is the hardest hit by particulate matter air pollution, accounting for almost half of these 2 million deaths. This study mirrors results from a study published in the Proceedings of the National Academies of Sciences earlier this month on pollution causing premature deaths in Northern China.

"Outdoor air pollution is an important problem and among the most important environmental risk factors for health," said Jason West, co-author of the study.

India has the second highest air pollution mortality rates with an estimated 397,000 deaths from fine particulates and ozone pollution accounting for, on average, 118,000 deaths.

China is working to restrict private vehicle purchases in eight additional cities, in an effort to reduce this harmful outdoor air pollution nationwide—which has become a subject of widespread public unrest.

Four cities, including Beijing and Shanghai, already use policies like lotteries and auctions of limited licenses plates to curb the number of vehicles purchased. Increasing these vehicle restrictions could cut sales by 400,000 units, or 2 percent of total domestic sales.